We use cookies to provide you with a better experience. By continuing to browse the site you are agreeing to our use of cookies in accordance with our Cookie Policy.
Home » Setting the record straight on F.S.V.P. standards

Statistics can speak louder than words. In 2016, 14.8% of all U.S. food and beverages were imported, according to the Economic Research Service of the U.S. Department of Agriculture. Although that percentage might seem low, a closer look tells a different story from a category perspective: 11.4% of bakery products, 45.2% of grain and oilseed milling products, 36.2% of sugar and confections, and 45.3% of fruits and tree nuts came from international suppliers. More recently in 2017, U.S.D.A. data stated the United States spent more than $5.5 trillion on imported snack foods and about $6 trillion on food preparation, a segment that includes baking inputs, mixes and doughs.

What this information means is more important than the numbers themselves. They show the magnitude of U.S. food imports and reflect the significance of foreign suppliers’ contributions — ones that can affect the health of American consumers — to the baking and snack industries.

The first deadline for F.S.V.P. compliance occurred a year ago for large businesses, and small businesses — those with fewer than 500 full-time employees — had until March 2018. Some companies might have met their F.S.V.P. obligations through compliance with Preventive Controls for Human Food (P.C.H.F.), a regulation that’s been enforced over the past two years. The final deadline for F.S.V.P. is March 2019 and applies to food imports from qualified facilities, which includes very small businesses averaging less than $1 million per year, adjusted for inflation, during the three-year period before the applicable calendar year.

Although most deadlines have passed, not every foreign supplier has complied. More importantly, not all have a high quality of compliance.

“While many importers have met the F.S.V.P. requirements, others failed to have an adequate F.S.V.P. in place,” the F.D.A. said, regarding results from recent inspections. “Still others have had issues with appropriately documenting their F.S.V.P.”

Len Heflich, president, Innovation for Success and Baking & Snack contributing editor, noted that F.S.V.P. is not as complex as it appears.

“I think the biggest risk for most people is that they’re going to overcomplicate FSMA,” he said. 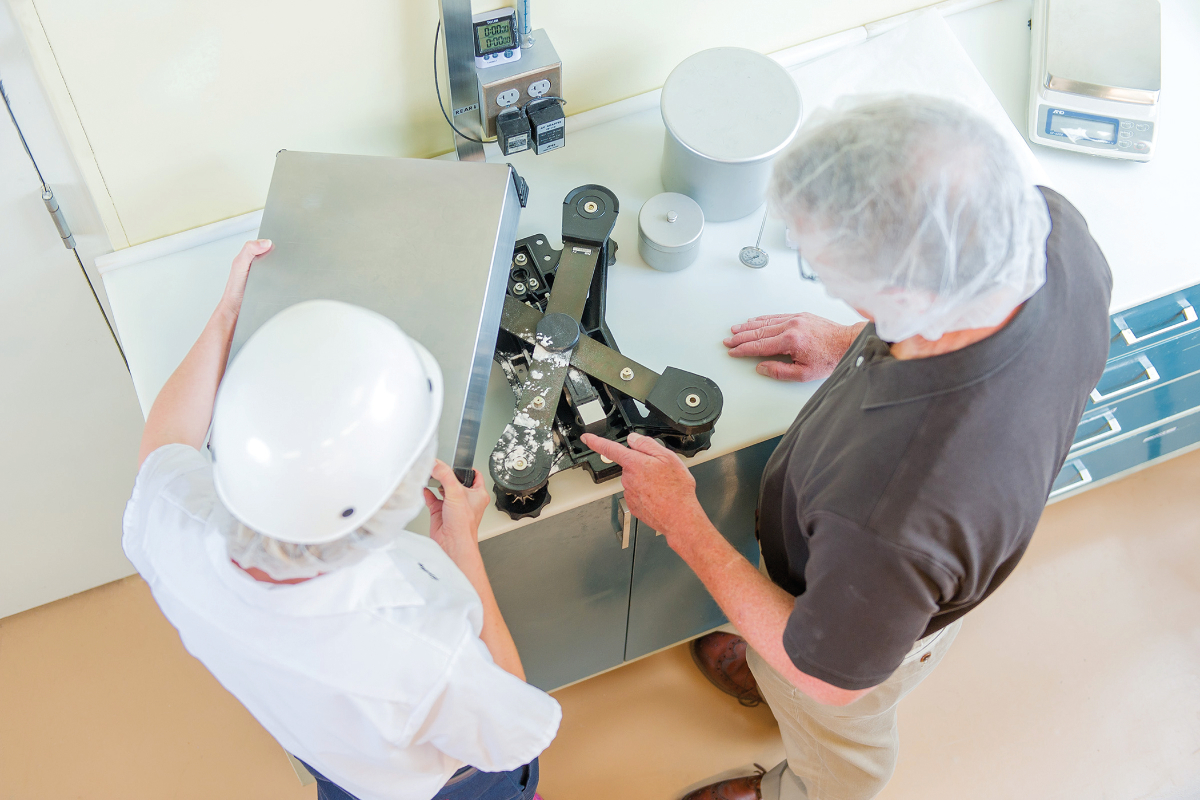 This is where confusion occurs.

Cornelius Hugo, food safety professional, AIB International, said there are three qualifications for F.S.V.P. importers. First, the importer must be a person. Companies importing must choose someone for this position. Second, that individual must reside in the United States inside the F.D.A.’s jurisdiction.

Lastly, the F.S.V.P. importer will be the person responsible for bringing the food into the United States. It could be a processing facility’s employee or a hired broker. Or it could be an independent importer that resells the products or the agent of a foreign firm residing in the United States. Whatever the case, the F.S.V.P. importer must own that product at the time of entry, or have agreed in writing to purchase the food at such time.

“The best way to define the F.S.V.P. importer is to follow the money trail,” Mr. Hugo said. “Whoever puts up the money really is the product importer.”

Russell Statman, executive director of F.D.A. compliance consultant company Registrar Corp, said an exception when declaring an F.S.V.P. importer is when more than one person satisfies the requirements. For example, if an American company is the F.S.V.P. importer — meaning it bought the food and is importing it — and another company has purchased the food from that importer before the food’s entry, both businesses could qualify as the F.S.V.P. importer.

“In that case, F.D.A. takes no position on which company has to be put into the system,” Mr. Statman said. “There’s only room for one in the field, and it’s up to the businesses involved to allocate that among themselves.”

But the importer’s role in F.S.V.P. doesn’t stop with the name being put into ACE/ITDS. The F.D.A. states that an F.S.V.P. importer, whether part of a manufacturing company or an independent importer, is responsible for creating an F.S.V.P. plan and keeping its foreign supplier in compliance with it. This qualified auditor’s door is the one the F.D.A. will come knocking on.

Some importers don’t even realize creating an F.S.V.P. plan is their responsibility. Mr. Hugo recalled a frantic call AIB received last year from a client who didn’t understand his role as the F.S.V.P. importer and needed help getting in compliance quickly. The F.D.A. had contacted him earlier that day and asked to see his F.S.V.P. program. His response was, “I don’t know what you’re talking about. I’m just a salesman.” He was supposed to have a plan in place months before.

The new role not only requires knowledge of compliance management, but it also takes up more time.

“It changes the way trade is done,” Mr. Statman said. “A lot of companies won’t want the responsibility of making sure the food is safe. For them, if they actually don’t buy any product until it is in the US and let somebody else import it, then they’re okay.” 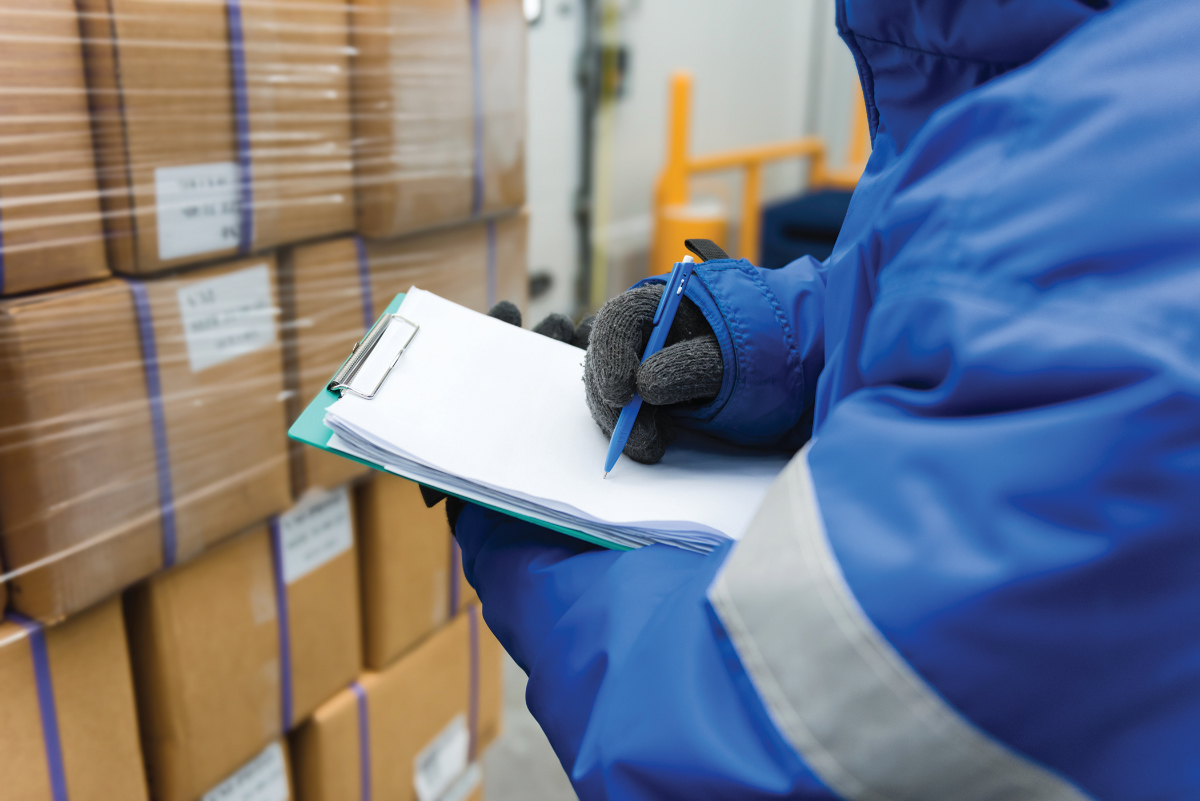 Unlike other regulations, the F.D.A. doesn’t review F.S.V.P. compliance by first physically going to the importer’s address; instead, it inspects through a review of records. It’s essential that importers have an F.S.V.P. plan that details the process for verifying supplier compliance and includes the proper documentation. Since FSMA is not prescriptive, this can be done in a variety of ways.

To collect approval documentation, the F.S.V.P. importer can conduct a hazard analysis of the product, or the foreign supplier can conduct the analysis and get it assessed and signed by the importer. The person responsible should also review the compliance history of the supplier by checking supplier visits on the F.D.A.’s web site and verifying the company’s consent to its own country’s regulations. Additional actions could include sampling and testing, an AIB inspection, and onsite auditing every few years or annually, depending on the supplier’s performance and risk level of the product being imported.

Some food manufacturers might not have the resources to visit their foreign suppliers yearly or even every two years. Mr. Heflich suggested being creative, which could mean getting the supplier G.F.S.I.-certified or receiving pictures and videos of processing plants. When it comes to this regulation, the more records, the better.

Communication is critical. F.S.V.P. importers need to explain the regulations to their suppliers and receive updates from them. Due to the qualification issue, some foreign vendors should check on their F.S.V.P. importers in the United States by verifying their knowledge and plan and by being proactive in sending required documents. AIB has created presentations to help foreign suppliers understand the regulations and fill in gaps for them. Bakery and snack producers should also create a detailed supplier food safety plan and review it with their importers.

To prepare for compliance, General Mills, Minneapolis, performed a gap assessment for its program against the F.S.V.P. rule and evaluated the company’s cooperation with P.C.H.F.

“We also performed a mock audit against the F.S.V.P. requirements to test our system,” said Bridget Christenson, media relations manager, General Mills. “The mock audit was an invaluable exercise and taught us a lot about the strength of our program.”

General Mills created a Supplier Code of Conduct for U.S. and foreign companies. Its four pillars of responsibility include human rights, health and safety, environment and business integrity. The company also incorporated a section about compliance, which identifies high standards for suppliers and how conflicts will be addressed.

Ms. Christenson encouraged companies to contact the Food Safety Preventive Controls Alliance (F.S.P.C.A.), a cooperation between the F.D.A. and the Illinois Institute of Technology’s Institute for Food Safety and Health, which has resource materials and training sessions. The alliance guides the industry — but particularly small and medium-size companies — through FSMA compliance so when inspections occur, importers are ready.