Culture can seem like an amorphous thing. It’s seen in values, aspirations and taboos. However, culture can be difficult to pin down and define because it is so pervasive. This makes it easy to ignore, but don’t. Regardless of whether a company is intentional about its culture, one will form. Whatever crops up will inform employees’ decisions and actions.

“If you want the company to reflect the beliefs or values of ownership then you have to cultivate the culture accordingly,” said Josh Skow, chief executive officer of Canyon Bakehouse, Johnstown, Colo. “You can’t just let it be. You have to put your stamp on it.”

Managers operating under misguided corporate values may make decisions that a company’s leadership wouldn’t have made. New hires may not be a good fit. Employee retention may not be at ideal levels. For family-owned companies, these mistakes can have reverberating repercussions. Their names can become tarnished, or the company might not survive should a founder decide to leave.

Culture will tell employees what they should value, and if they are in leadership positions, it will guide them in decision-making. If it doesn’t support and reflect the company’s goals or the identity leadership wants to perpetuate, that can lead to some problems. Culture keeps everyone on the same page.

Developing and implementing a company culture takes time, intention and leadership buy-in, but the payoffs are important to the success of any bakery.

For a nationwide bakery like Flowers Foods, Thomasville, Ga., company culture unifies. Every local bakery has its own culture, but they also represent Flowers and should reflect the company’s vision. It is something Flowers leadership considers before every partnership or potential acquisition.

That can include asking if the existing partner or bakery culture will be a good fit with Flowers Foods and if both companies share basic values.

“It is important to acknowledge and respect what we have in common and the differences that make our respective companies unique,” he said. 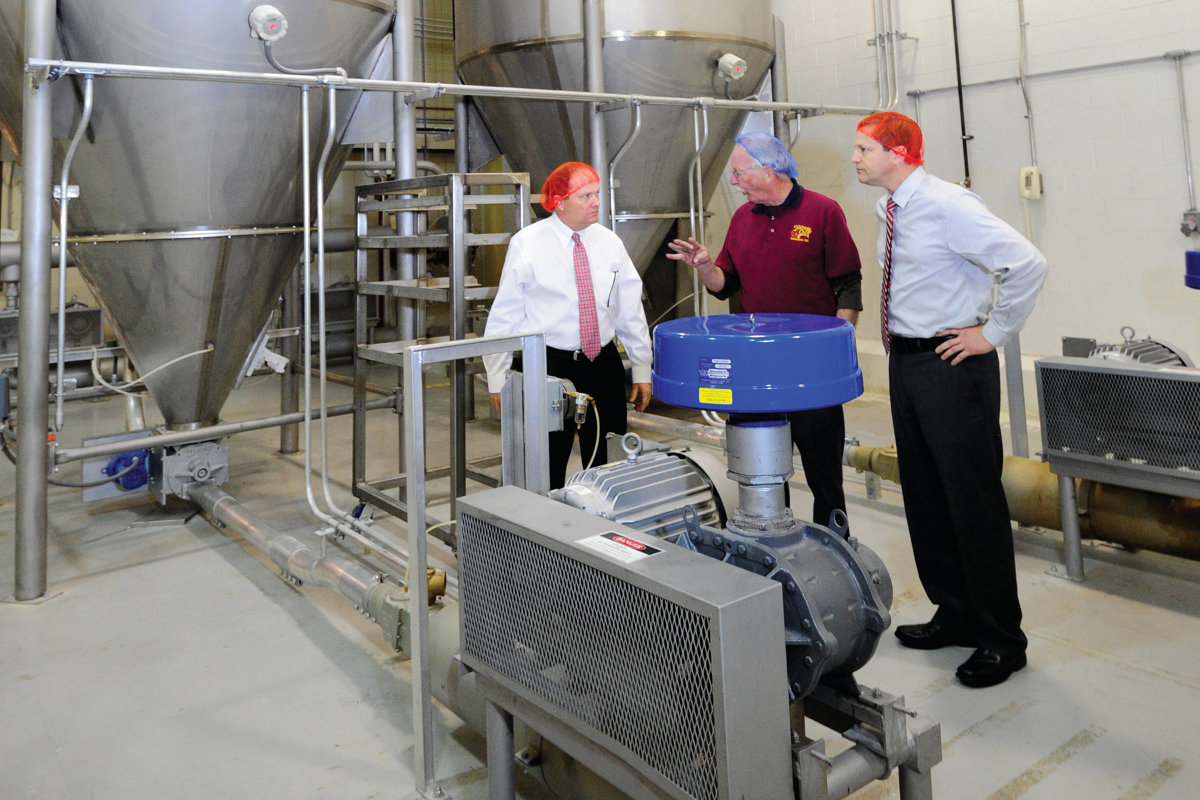 For family-owned bakeries such as The Bakery Cos., Nashville, Tenn., defining culture became critical as the company grew. As Tyler Wilkinson, human resources leader for The Bakery Cos., explained, it was important that all associates understood the leadership team’s focus and intention. For a long time, the family business’ culture was the founder’s culture, emanating from Cordia Harrington, c.e.o., who started the business. But as non-family members began taking leadership roles and the business grew, it became important that that founder’s culture be defined and established.

Those three letters were a manifestation of the culture Ms. Harrington lived herself: Create opportunities, Make a difference and Impact lives.

“What we’ve tried to do is incorporate Cordia’s core values into our recruiting and engagement practices,” he said. “Our biggest concern was if Cordia ever left, would that culture sustain itself? Five years ago, I would have said no, but with the intentional emphasis on our culture, I would say that is no longer the case.”

Putting structure to a founder’s values helps unify a company’s workforce and bakeries with a common goal and ensures the pursuit of that goal can outlive the founder’s tenure.

As more non-family members get involved with a family business, culture also becomes critical to ensure correct decisions are made.

“In a family-owned and -operated business, when you’re small, you wear 15 different hats, and you’re the one doing a lot of it,” Mr. Skow said. “You’re there day-to-day. You know how things are going.”

But as those day-to-day operations are handed off to people who may not share the same last name, decisions could be made that aren’t in line with the family’s values.

“That’s where you start seeing that those values don’t align with ours and how they’re doing things may not have been the way you would have or wanted them to be done,” he continued.

This is where culture’s impact on recruitment and retention can come into play. Identifying a company’s values can assist in selecting the appropriate people to fill open positions. If employees naturally share similar ethics or have bought-in to the company culture, leadership can trust them to make the right decisions on the plant floor.

For More Than A Bakery, Versailles, Ky., the hiring process is a culture match. Felicia Quigg, vice-president, Family Pride, More Than A Bakery, meets every prospective employee before an offer is extended and checks to make sure the person fits in with the culture.

“We feel very strongly that we can teach people how to bake cookies, drive forklifts, but you’ve got to fit people we want to work with,” said Bill Quigg, president of More Than A Bakery.

Company cultures can play a major role in employee retention. When Canyon Bakehouse began to define its culture, Mr. Skow said the leadership team had a goal of becoming the best place to work.

“We see that pay and benefits are not the top reasons why people leave a company,” he said. “A lot of times, it’s how they’re treated by their direct boss. So what are we going to do about that? It should be a priority, and it should reflect the values of ownership.”