We use cookies to provide you with a better experience. By continuing to browse the site you are agreeing to our use of cookies in accordance with our Cookie Policy.
Home » Dulcesol Group lives the sweet life

In the Valencia region of Spain, everything seems as if it were kissed by the sun. That’s no surprise. Located south of Barcelona along the Mediterranean coast, the sun shines 2,700 hours a year in this subtropical haven, which is renowned for its namesake oranges that are recognized by aficionados as some of the most flavorful in the world.

Perhaps appropriately, Valencia is also home to one of the Iberian peninsula’s largest baking companies so aptly named Dulcesol, which translates into “sweet sun.” Heading the family-owned company is Rafael Juan, whose parents Antonio and Victoria founded the business in the 1950s making authentic local cakes and selling these culturally significant delicacies to small shops and bakeries.

In fact, Mr. Juan recalled, one of his mother’s traditional Valencian-style cakes called Glorias became so popular that it was the only item the local bakery had the capacity to produce in the 1970s. Eventually, it put Dulcesol on the national stage.

Nearly a half-century later, his mother’s recipes still influence the now prolific product line, which includes more than 400 items and 2,000 stock-keeping units, including Glorias. Mr. Juan acknowledged that those family formulas are not only Dulcesol’s legacy but also its secret weapon.

“All of the time, my mother was taking care of the quality, and the recipes were very important,” he recalled. “My motto is, ‘Always take care of the recipes.’ We believe it’s about the best quality at the best price.”

Headquartered in the city of Gandia in Valencia, Dulcesol Group — the company’s formal name — is one of Spain’s Top 5 baking companies with more than 2,200 employees, annual sales of nearly €325 million ($375 million) and distribution in nearly 50 countries. The company operates three bakeries — one in Gandia and nearby Villalonga in Valencia, and another in Algeria — that house 38 production lines with an annual capacity of 160,000 tonnes (350 million lb).

To put that volume in perspective, its bakeries cranked out 927 million of its top-selling magdalenas, literally “muffins” or delicate Spanish sponge cakes last year. And that’s just one variety. Throughout the years, the company has ventured into almost every type of sweet treat, including donuts, cookies, croissants, sweet brioche, napoleons, filled pastries and children’s cakes, just to name a few.

Many of these snacks sell for €1. That’s consistent with Dulcesol’s mission to offer the highest quality at the most affordable price, Mr. Juan said. Those items are shipped to 60,000 supermarkets, convenience stores, gas stations and other retail distribution points throughout Spain and internationally as well. 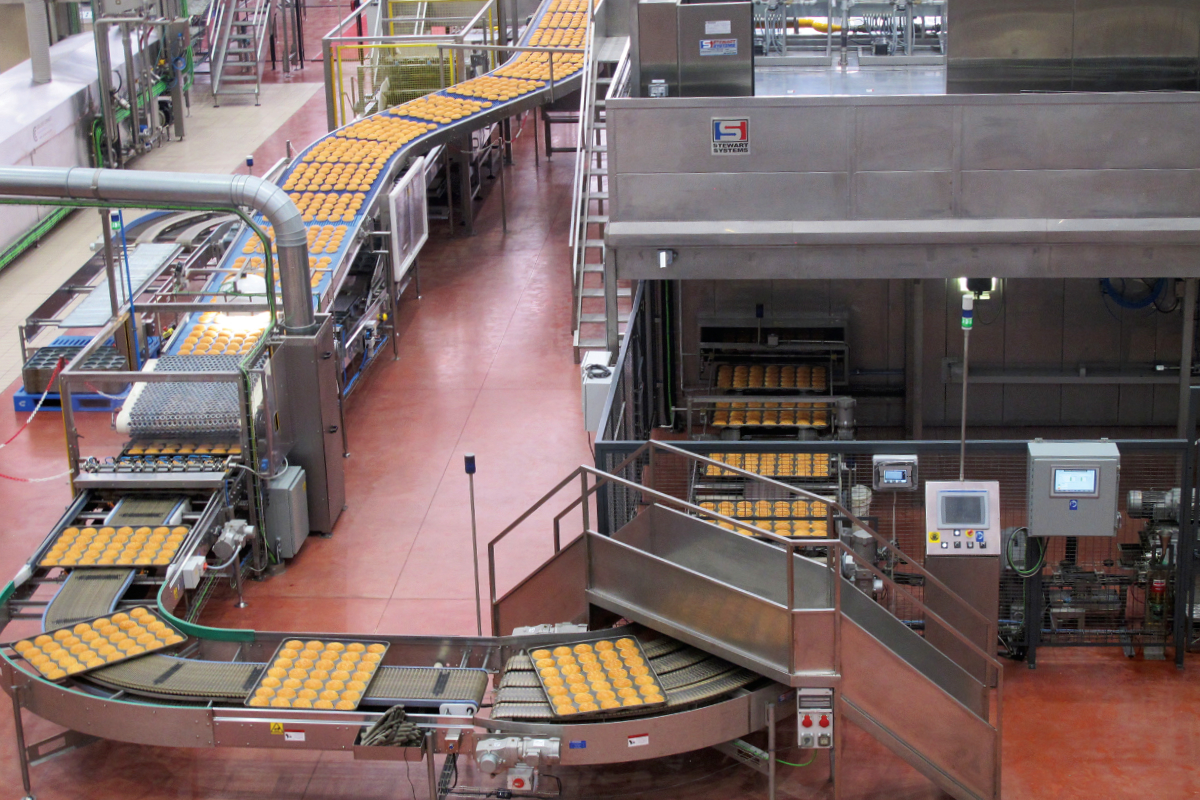 Simply put, Mr. Juan heads an organization that just can’t keep still. To expand its portfolio and become a full-service bakery about 25 years ago, Dulcesol initially rolled out packaged toasted rolls that are popular in Spain. A decade later, it segued into packaged sandwich bread and buns for retail.

Taking it a step further, the company most recently ventured into the quick-serve restaurant arena after installing a new high-speed line in its Gandia facility that tripled the bakery’s bun capacity.

Opened in June 2017, the line was running 16 hours a day on two shifts five days a week when Baking & Snack toured the Gandia facility earlier this year, said Antonio Ferragud, industrial engineer, who oversaw the project. Back then, the bakery projected the line would be running 24 hours a day before the long summer peak season even began.

“In my 19 years here, I never have seen a line running around the clock in that short of time,” Mr. Ferragud observed.

While its bakery and sweet goods items remain the heart the business, Mr. Juan recognizes the path to sustainable growth is rarely a straight line.

“All of this gives us an opportunity to introduce ourselves to any kind of customer who can sell our products,” Mr. Juan said.

Such widespread diversification didn’t come without significant investment, according to Mr. Juan, who has served as chief executive officer since 2007. During the past five years, Dulcesol has poured €166 million ($192 million) primarily into increasing production and distribution capacity, incorporating the latest in cutting-edge equipment, upgrading technology and undertaking R.&D. projects to reformulate its products. 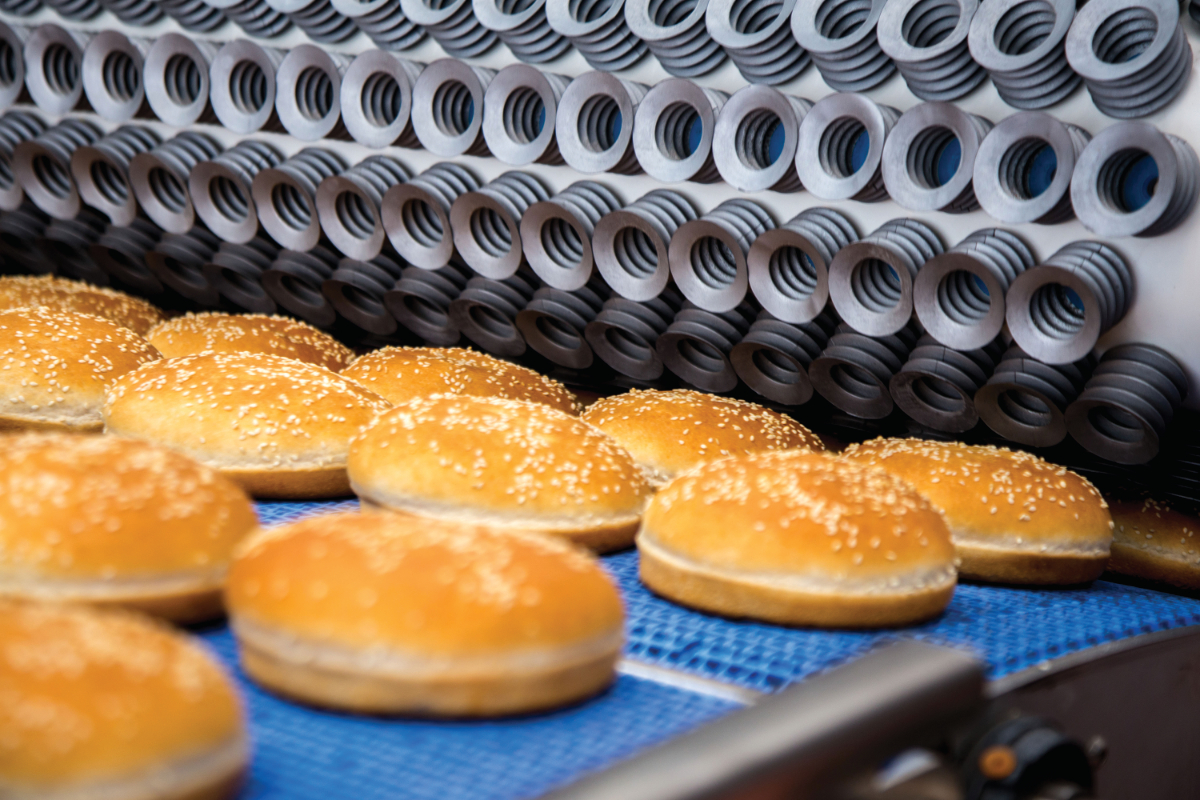 Dawn of a new day

Such investment targeted at long-term expansion is deeply rooted in its family history.

“My mother always believed in having good facilities, a good financial system and a committed, dedicated and engaged workforce,” Mr. Juan said. “We invest in all activities that add value to our customers.”

In the 1980s, he said, Dulcesol Group purchased a hen farm because liquid eggs were such a vital ingredient in making its cakes, and it needed an affordable, dependable supply to remain competitive in the market. Today, that farm supplies 85% of the company’s eggs, and it’s committed to cage-free breeding of its 500,000 hens within the next five years.

“We wanted to supply a key raw material that had a good quality and low price,” Mr. Juan explained.

To further secure its supply chain, it also began making its own chocolate, another primary ingredient, and even purchased a packaging company to expedite new product expansion and speed to market. 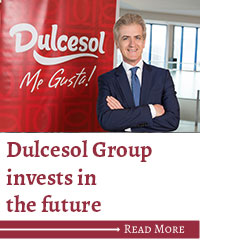 “It’s very important because we have so many different types of packaging, and it allows us to be flexible and change packaging very quickly to react to the market in an affordable way,” he observed.

Because Mr. Juan believes in continuous improvement throughout the organization, there are no sacred cows, even when it comes to the products’ most popular formulas. Dulcesol may “take care of its recipes,” but that doesn’t prevent it from changing them for the better.

“The fairy cakes that we produce today are similar to what we produced 5 or 10 years ago, but we made small changes by adding new technology in the plant that improved the product over time,” Mr. Juan said.

“The cakes are fairly easy to produce,” he continued. “The difficulty is in producing 85,000 cakes an hour in our plant, then individually wrapping all of them in a process that gives them a longer shelf life (about 2 months) and preserves their quality.”

As a result, product development has become increasingly multidimensional. Mr. Juan pointed out that R.&D. comprises more than reformulation and transformation — or even custom-designing baked goods for customers. The department collaborates with engineers and programmers as well as universities and research centers to continually automate, develop prototypes and improve its operations.