We use cookies to provide you with a better experience. By continuing to browse the site you are agreeing to our use of cookies in accordance with our Cookie Policy.
Skip To Content
Home » Why bakeries are turning to alternative fuels to power fleets

Why bakeries are turning to alternative fuels to power fleets

If any speculation about the validity of alternative fuels existed in the 1990s or 2000s, that doubt has diminished. For years, much of the advances in fuels other than gasoline and diesel were limited to consumer vehicles or government-related projects.

Early on, the goals were to find cleaner alternatives to fossil fuels that were less dependent on foreign sources — especially as those sources became more expensive.

“The motivation to find alternatives to diesel and gas was simple,” said Robert McGuire, vice-president, director of logistics, Alpha Baking Co., Chicago. “The price of fuel had hit $2 a gallon, and a number of environmental initiatives were taking root.”

The days of $2 per gallon of gas are now long gone.

Alpha Baking has been a leader in the baking industry pursuing alternative fuels, experimenting with new options since the early 2000s.

“We made some mistakes, we garnered some valuable learnings, but, most importantly, we compiled an extensive list of considerations for potential alternative energy applications,” Mr. McGuire recalled. “This became extremely valuable as the alternative energy industry developed.”

In 2013, Alpha Baking invested in 22 propane gas trucks for its delivery fleet. In 2016, the company added five electric trucks for its Chicago area delivery routes. Today, Alpha Baking has matched its operational needs with specific alternative fuel solutions, and other bakers are more easily able to do the same.

Three alternative fuels dominate the market today: liquid propane gas (LPG), compressed natural gas (CNG) and electric. All three can be used for class 3, 4, 5 and 6 vehicles, and CNG is available for class 7 and 8 vehicles. These alternatives have stood the test of time and proven, for now, that they are sustainable. However, just because these options are more available, doesn’t mean they are right for all bakeries.

“The key consideration is that all different alternative energy systems have unique and very different upfront equipment and infrastructure cost,” he said. “Paybacks are challenging to perform considering all the above.”

Roush CleanTech, which designs, engineers, manufactures and installs propane autogas fuel systems for Ford commercial vehicles, made a significant shift in its focus over the past five years based on customer need and input in the food industry. Todd Mouw, president, Roush CleanTech, said the company helps customers displace diesel in class 4 through 7 commercial trucks and vacated the light-duty segment due to customers’ pain in managing diesel engine complexity and the associated rise of total cost of ownership. In 2016, the company added CNG fuel system technology.

After a rush of companies invested in alternative fuel vehicles and pursued government subsidies for alternative fueling stations, the market’s demand for CNG and LPG fuels slowed around 2015 when gas prices dipped. But Brian Tabel, executive director of marketing, Isuzu Commercial Truck of America, said that the recent slowdown doesn’t look like it will last.

“Over time, I don’t think gas will continue to stay at the low levels we’ve seen,” Mr. Tabel said. “As that begins to creep up, it will definitely bring a new look toward alternative fuels.”

CNG is on average 40% cheaper than diesel or gasoline and produces up to 80% less tailpipe pollution. But CNG is not always a viable option for companies based on location and availability. 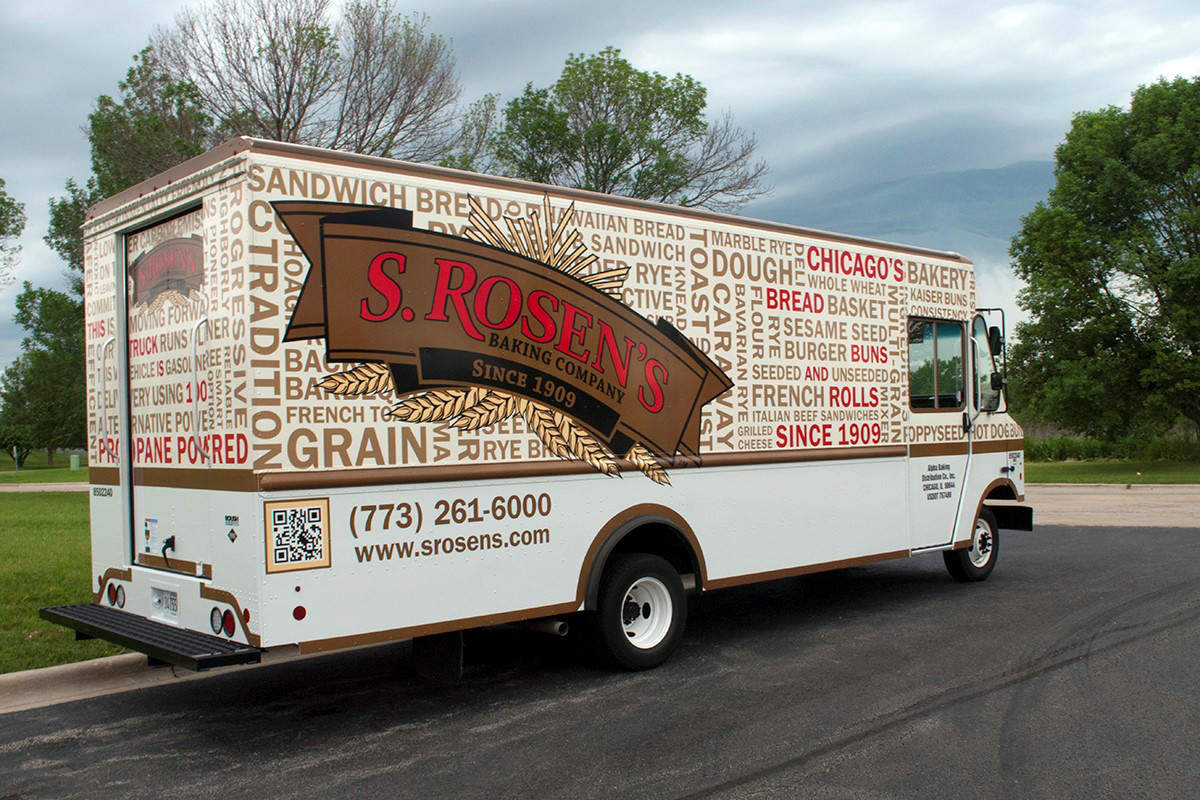 Propane autogas is a low-carbon fuel that reduces greenhouse gases by up to 25%, carbon monoxide by up to 60% and nitrogen oxide by 20% compared to gasoline, according to Roush CleanTech.

“Propane-powered vehicles have played a key role in Schwan’s product delivery for more than 40 years,” said Danielle Stariha, senior manager of fleet and procurement for Schwan’s Home Service. “Total cost of ownership for propane autogas is much lower than traditional fuels and other alternative technologies, which is why we are continually implementing the newest propane technology.”

Each Ford E-450 cutaway food delivery truck is equipped with a Ford 6.8L V10 engine and a Roush CleanTech propane autogas fuel system. Implementing alternative fuels is one way that Schwan’s Home Service helps meet its corporate environmental objectives. Each truck emits about 91,000 fewer pounds of carbon dioxide emissions over its lifetime than a gasoline-powered vehicle.

“We believe there is a place for all the different alternative energy technologies but believe propane is the best positioned for class 4 through 7 vehicles in the baking industry,” Mr. Mouw said.

Propane weighs less than conventional fuels, so even though the propane tanks weigh more than traditional gas or diesel tanks, the net effect is minimal when it comes to payload, Mr. Mouw explained.

“We calibrate the engine to offer the same horsepower and torque as the equivalent Ford gasoline engine, so there is no sacrifice for the end user,” he added.

Recently, Roush CleanTech invested heavily in reducing the nitrogen oxides (NOx) levels to the lowest in the class 4 through 7 market. The current Environmental Protection Agency (E.P.A.) and California Air Resources Board standard is 0.2 g NOx per brake horsepower per hour, and the CleanTech engine is certified at 0.05 g NOx. NOx has known to be a major contributor to smog, air quality and breathing-related problems, such as asthma.

Running a combination of gas and LPG is also a viable and cost-effective solution. Isuzu offers alternative bi-fuel engine systems that can run on either CNG or LPG, with the ability to switch back to traditional fuels when needed. The return on investment for these engines varies depending on the bakeries’ needs, Mr. Tabel said.

Bakers need to factor in several things before transitioning fleets to CNG or LPG. First, they should consider how many miles a year a vehicle is being driven. Mr. Tabel said bakers on the East coast have routes that vary from a dozen to hundreds of miles. Second, the average return depends on the grants and public funding that come from local, state and federal government agencies to help subsidize the transition, Mr. Tabel explained.

Geography also determines the type of fuel because availability can vary state to state and even city to city. Some parts of the country provide CNG fueling stations while others offer only LPG.

“There are a lot of factors that go into what the overall costs are and what the payback would be,” Mr. Tabel said.

Isuzu advises bakers to stay with gasoline if they drive less than 25,000 miles a year. If driving longer routes more often, the prospect of using alternative fuels like propane can cut fuel cost and increase miles per gallon for certain vehicles. 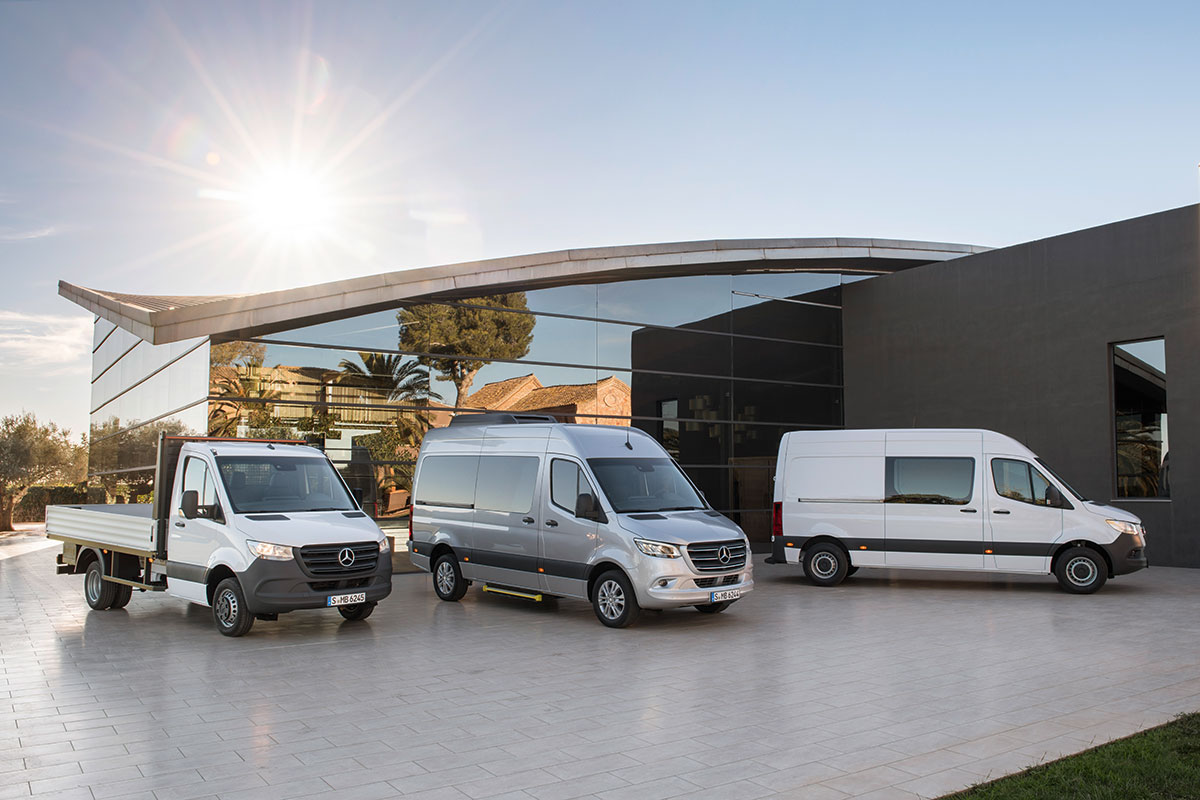 It’s impossible to look at alternative fuels and ignore the rise of electric vehicles (EVs). Mr. Tabel predicted electric will increase its share of vehicles in commercial distribution.

“Nobody is sure if it will completely take over, but it is a viable product for the future,” he said.

Mercedes-Benz USA tells its customers that fuel costs, maintenance costs and the vehicle’s retained value can all affect the bottom line of a business. Its vans like the Metris provide an estimated combined E.P.A. rating of 22 mpg for cargo models. The 7G-Tronic also offers longer service life of up to 15,000-miles service intervals, allowing drivers to spend more time on the job.

Along with payload and load capacity, the key factors in demand are sustainability and noise reduction, according to a Mercedes-Benz spokesperson. Frequent stopping, braking and acceleration are the norm, and that’s where battery-electric drive technology thrives. City residents benefit from cleaner air and less noise, while electric trucks are mostly unaffected by access restrictions.

Lack of infrastructure remains one of the main challenges EVs face. Technical development of new electric vans like Mercedes-Benz’s eSprinter, which is in use in Europe but has yet to be confirmed for the U.S. market, is being accompanied by a comprehensive approach to the day-to-day applications. For example, the new concepts for the use of battery-electric vans also include creation of the necessary charging infrastructure and the integration of electromobility into existing company procedures.

Alpha Baking has found a way to address that by working with a specialized provider. The company invested in Workhorse E-GEN electric trucks from AMP Holding Inc., and said it is planning to add electric-powered vehicles in the future. The E-GEN step vans achieved more than 50 miles per gallon equivalent (mpge) fuel efficiency, six times more efficient than conventional step vans. The electric vehicles also have reduced emissions by 75%. The vans provide an average range of 125 miles on a single charge, with 75 miles all-electric utilizing Panasonic Li-Ion battery packs, and an additional 50 miles using an integrated BMW range extender. They also feature a proprietary chassis design, powertrain, battery management system and real-time Metron telematics system for tracking and monitoring.

Initial trepidation with fuels like propane and CNG centered around the stability of the fuel and where fuel tanks are located on a vehicle — often on the side of a chasse. But bakers should fear no more.

“It’s a big misnomer that they are big tanks and that the big tanks can explode,” Mr. Tabel said. “Realistically, that fuel is safer than gasoline from an explosion standpoint.”

The advantages are clear in many instances, and the use of the fuels over many years now have shown that CNG and propane are safe fuel sources, Mr. Mouw said.

“Propane autogas is the most advanced for the commercial segment because the fuel is plentiful, which drives stable pricing and a very attractive total cost of ownership compared to gas and diesel,” Mr. Mouw said. “Propane companies are willing to install fueling infrastructure for little to no cost, and very few, if any, shop modifications need to be made to work on these vehicles.”

Ultimately, LPG and CNG have proven effective for a variety of applications in distribution vehicles. However, Mr. McGuire advised companies to do their research. Look up what types of funding are available. Communicate with providers of vehicles, get to know their fuel systems and the maintenance they provide.

“The field of alternative energy is dynamic,” he said. “There are plenty of companies and industry leaders to provide direction.”