We use cookies to provide you with a better experience. By continuing to browse the site you are agreeing to our use of cookies in accordance with our Cookie Policy.
Home » Grupo Bimbo commits to 100% renewable energy

NEW YORK — Grupo Bimbo S.A.B. de C.V. on Sept. 25 unveiled plans to use 100% renewable energy globally by 2025, a pledge that makes it the first company in Mexico and Latin America to commit to the global goal.

Making the announcement in connection with Climate Week NYC taking place Sept. 24-30 in New York, Grupo Bimbo said it has joined RE100, an initiative that brings together largecompanies committed to the use of renewable electricity. Grupo Bimbo said it plans to supply itself with clean energy in the 32 countries in which it operates through several different energy solutions schemes, including power purchase agreements, purchase of renewable energy certificates, investment for distributed generation on site and purchase of direct clean energy.

“Committing to turn our operation into 100% renewable is a very important step on the road toward the goal of building a sustainable, highly productive and fully human enterprise,” said Daniel Servitje, president and chief executive officer of Grupo Bimbo. “With operations in 32 countries, this is a challenge that we assume with the clear

conviction and responsibility to contribute to having a better planet for present and future generations.”

Jorge Zarate, global operations director at Grupo Bimbo, added, “As a global company, we have a firm commitment to work every day with a high sense of environmental responsibility. This initiative is part of our renewable energy strategy, which began in 2012 with the inauguration of the Piedra Larga wind farm and is consolidated with this important global commitment.” 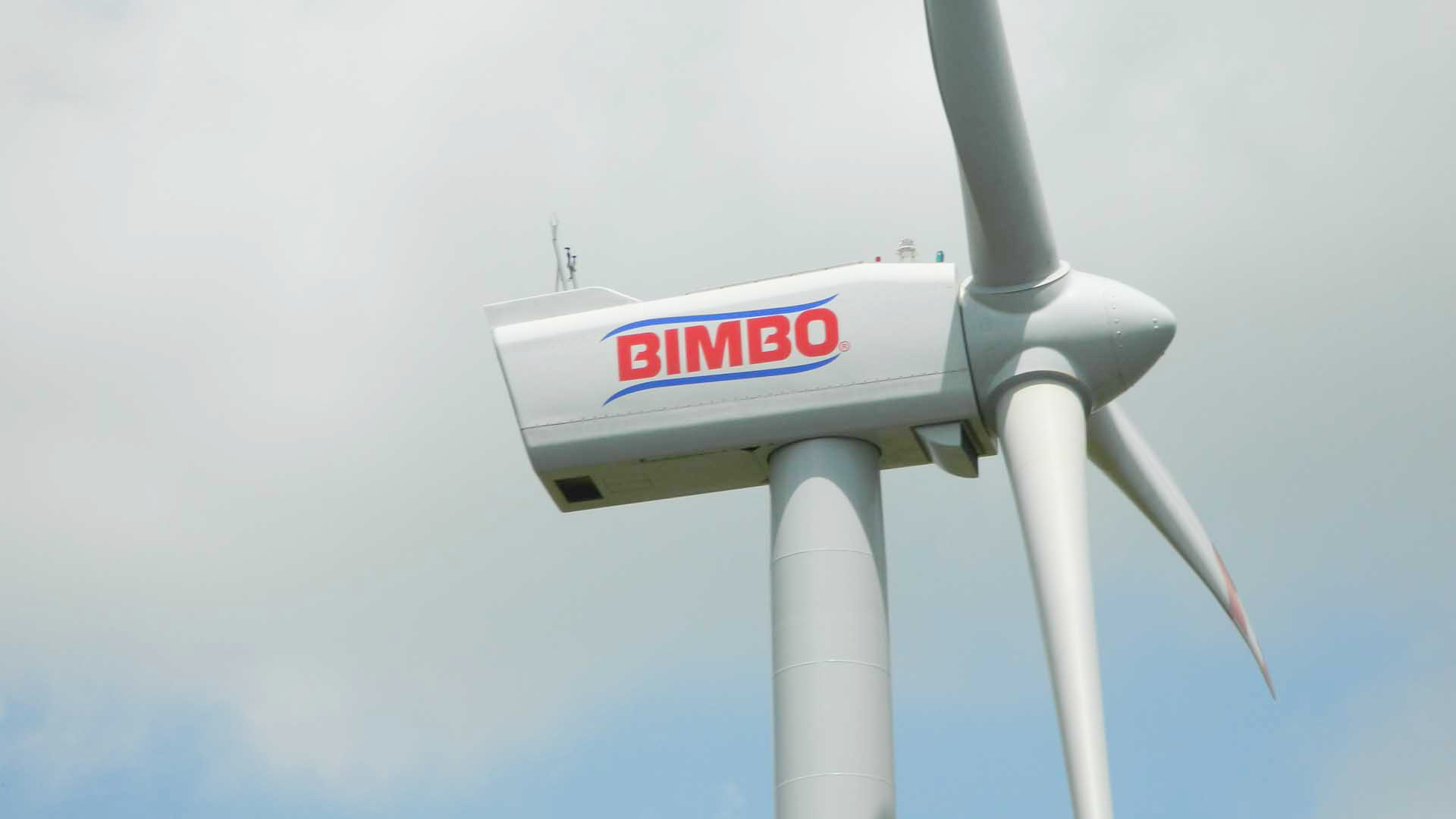 The Piedra Larga wind farm is a sustainability project that was launched in 2012 to generate power equivalent to all the electricity Grupo Bimbo uses at its plants in Mexico. More recently, the company earlier this year inaugurated “Bimbo Solar,” an energy self-sufficiency initiative. The company said in its first stage Bimbo Solar will consolidate 33 systems that combined generate 3.7 megawatts of power.

At the Bimbo headquarters building in Mexico City, the installed system includes 308 solar panels that will generate 20% of the power used in the facility, Bimbo said.

Mike Peirce, director of corporate alliance with The Climate Group, applauded Group Bimbo for its commitment.

“This is an exciting start for RE100 as we incorporate members from new geographies such as Mexico and Latin America,” Mr. Peirce said. “Congratulations to Grupo Bimbo for its leadership in the search of renewable energy solutions for each of their countries, and we hope to influence many more companies to participate.”