We use cookies to provide you with a better experience. By continuing to browse the site you are agreeing to our use of cookies in accordance with our Cookie Policy.
Home » Pie makers identify three ways to stretch out seasonal sales

Flavor of the week

Smaller-sized pies give bakeries the flexibility to create new flavors, which can also increase pie sales during the non-seasonal months.

Sometimes getting consumers to be conscious of pie can be done by combining multiple types of fruit such as cherry and cranberry.

“We have a new line of galettes, open-faced French-style pies, where we blend some fruits and give our customers a unique featured product to roll throughout the year,” Mr. Grandinetti said. “We have Peach Raspberry, Cherry Pineapple, Apple Caramel Pecan and Dazzleberry Lemon. I like to follow the produce aisle, meaning as you walk into a grocery store and it’s peach season, we need to be featuring peach.”

These fruity combinations pique interest, but more engaging flavors combine a variety of ingredients, which can get a little wacky. Mr. Richard referred to the donut industry in which bakeries are adding multiple flavors to a product, even going as far as Cheetos, pretzels or bacon.

“You’re seeing the hot and sweet combinations,” he said. “So, maybe it’s a jalapeño pie with chocolate or Thai chili-spiced berries where you have the spice and also the sweetness.” 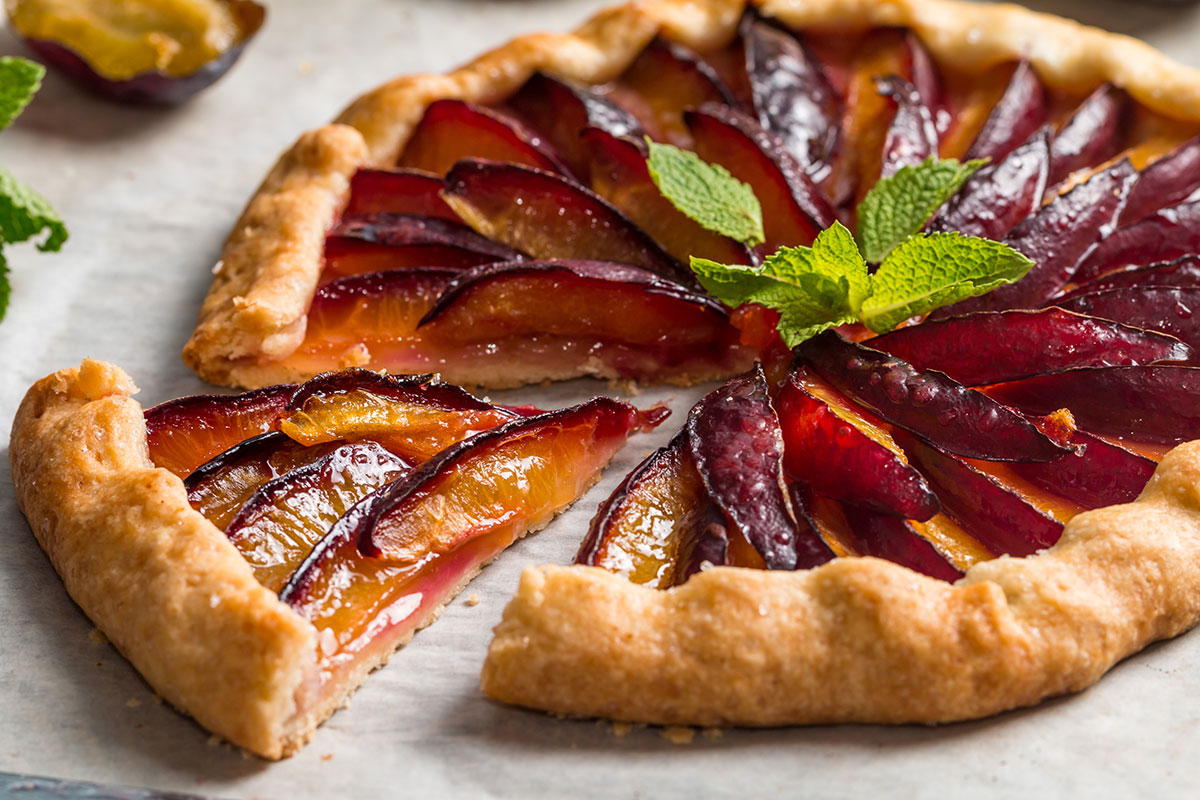 Through its restaurants, Legendary Baking creates new flavors that are tested by restaurant-goers before hitting retail shelves. French Silk is the No. 1 selling pie at its restaurants, so the company knew it would be a hit at in-store bakeries.

“We’ve got one that’s pumpkin and pecan, and it’s been selling quite well in the restaurants,” Mr. Van Iwaarden said. “In the past, we tried a pie with bacon on it, and that did well. The fact that we can try them out in our restaurants gives us an advantage.”

At National Pie Championships, Linda Hoskins, president of the American Pie Council, has noticed that many trendy pies include beverage flavors such chai latte or root beer floats.

“Flavors like that relate to the younger generation,” she explained. “It gets them thinking more about pies if there are flavors they’re familiar with in other areas.”

For example, Rocky Mountain Pies sells strawberry margarita as well as raspberry lemonade in the spring.

“Bourbon Pecan is just one example,” he said. “It’s this overall trend for different drink flavors that are being incorporated into a variety of foods, and pies are certainly a category that makes sense to try that in.” The mini trend gives consumers a reason to try these somewhat odd flavor pairings because if they don’t like a chocolate chili pie, then it can be thrown away without the guilt that they’ve wasted food. And if that bacon peanut butter pie is exactly what they wanted, they can go back for more without a great expense.

“Sometimes flavors work; sometimes they don’t,” Mr. Richard said. “If nothing else, it’s really going to create buzz and draw the younger consumers into the in-store bakery to try these pies. And who knows? It might be a hit.”

No matter where these flavors take consumers, the apple pie holds its No. 1 spot in the United States. The traditional will remain the core of the industry’s sales, and consumers will fill their shopping carts with pies during the holidays.

“The apple pie never goes away, and neither will the chocolate and pecan, but I think pie will grow into a more popular dessert as we focus on these trends,” Ms. Hoskins said. “I see a bright future for the pie industry.”