What’s good for some is bad for others. Isn’t that always the case? Take protein. For most people, the latest better-for-you craze is great for muscle building and enhancing athletic performance. For others, the protein found in undeclared allergens often causes a mild to severe reaction that will possibly lead to a costly recall.

As a result, the top priority for bakers must involve strategically scheduling allergen-containing snacks and baked foods, especially if the facility makes nonallergen items on the same line.

“The first method involves producing the allergen-containing product as the last one on that production line,” said Dan Inman, director of quality, research and development, The Long Co., Chicago. “If one product does not contain an allergen, but the rest of the products do, run this product first.”

That may sound simple, but the process gets complicated quickly. And yes, that’s a good thing. Joe Stout, founder of Commercial Food Sanitation and Baking & Snack contributing editor, recommended starting similar nonallergen products or ones with a single allergen, then building the schedule based on their presence through the course of the production run.

“For example, the first product on the line, like a cookie, would contain a common ingredient like wheat flour, while the second product scheduled would contain wheat and dairy, and the third product may contain wheat, dairy and tree nuts,” Mr. Stout explained. “This limits the number of clean-ups needed without causing cross-contamination of any products with unintended allergens.” 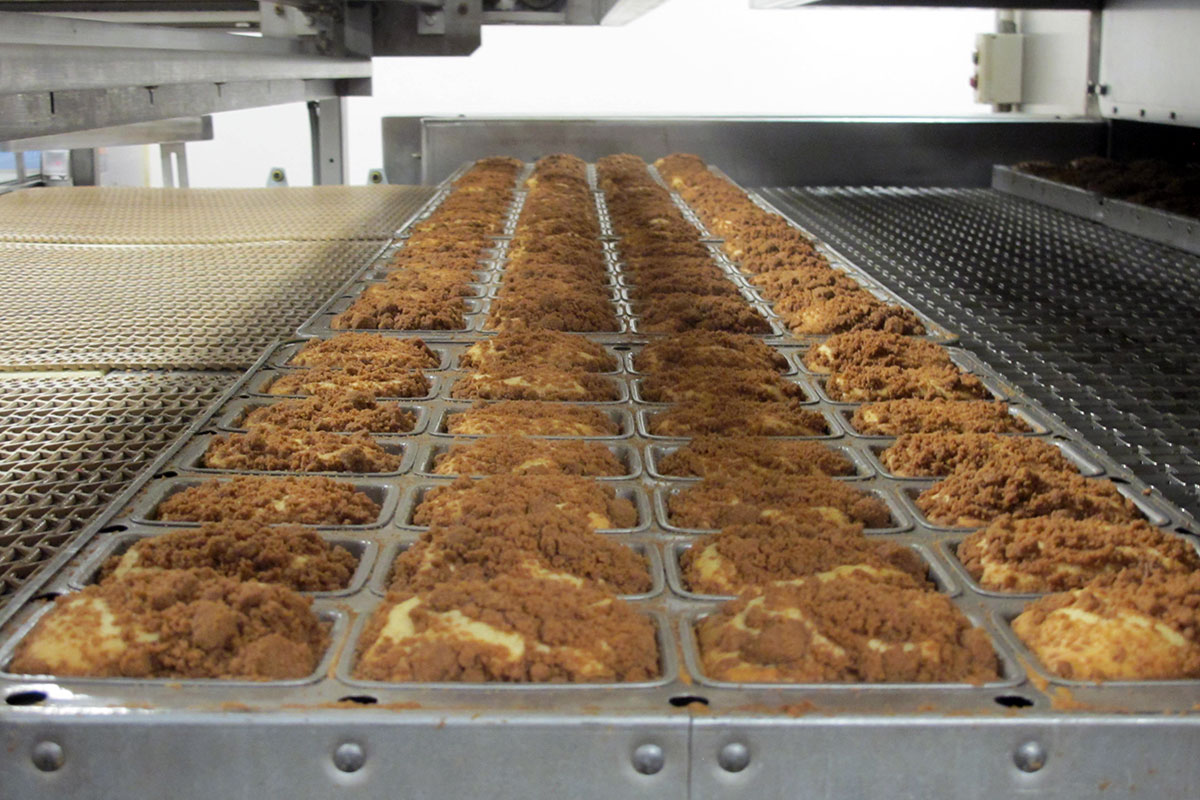 Following the last scheduled run, he added, initiates an allergen clean to remove residue, soil and allergenic protein from all product contact and adjacent surfaces. This procedure provides the critical preventive control to avoid potential cross-contamination into products during the next shift.

“Typically, you produce the lightest product first, then the darkest product and finally allergens,” he said. “However, if the shelf life isn’t long enough, or there are production scheduling or logistic issues, then bakeries may have to intermix, but that’s the worst-casescenario.”

“In the bakery and snack category, you have a lot of operations that can run a single formula for hours or days because their cookies have a couple months of shelf life,” he observed. “Then I’ve been in bread bakeries with 37 formulations where each one needs to be produced every day to stay in the market because it’s fresh bread, and it’s perishable. Managing that many changeovers with allergens on one shared line is really difficult.”

Mr. Burgh suggested documenting allergens from the first moment they enter a plant’s door. In production, he added, keeping track of every changeover is a critical portion of risk mitigation for any food manufacturer.

“Have a plan in place on any given product changeover,” he said. “If there are any allergens, list them in what order they’re used, and make sure they’re well documented so bakeries can show it on any audit, whether it’s internal or external.”

In bread bakeries, one way to avoid allergen issues involves taking them out of the formula.

“There are a lot of nonallergen replacer ingredients available,” Mr. Inman said. “Where possible in bakery products, I would formulate out allergen ingredients such as eggs, soy, milk and whey to eliminate the clean-up, inspection, testing and documentation required.”

If that’s not possible, think like Einstein, and make space and time a food manufacturer’s best friend. After all, just because these proteins are relatives, that doesn’t mean that they need to be close to one another. 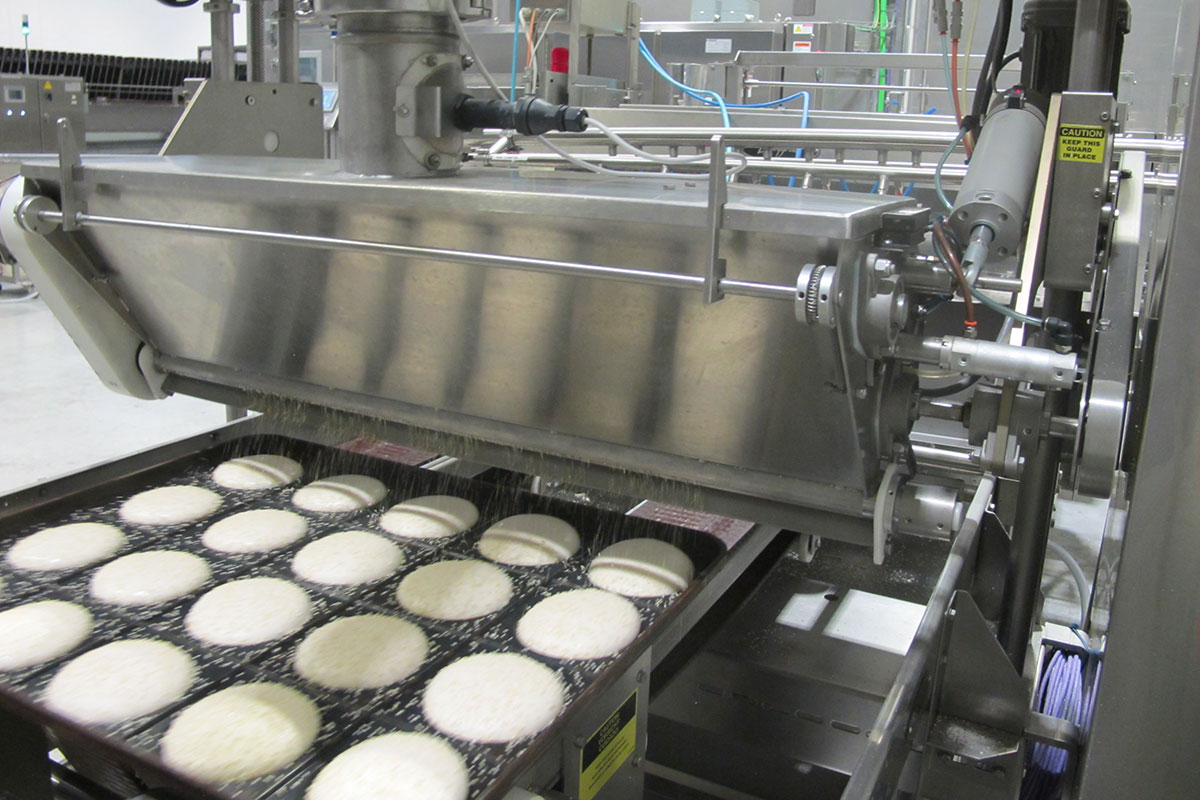 “You can separate them in time or separate in space with a different room,” said Mr. Taylor, who also serves as a professor with the Department of Food Science and Technology, University of Nebraska-Lincoln. “Some companies with a separate line may build a wall to create a separate room or put up very heavy plastic curtains to provide physical separation of adjacent production lines. They might look at how far the distance is between an allergen and nonallergen line to determine if such separation is needed.”

Multi-plant companies may have the capacity to produce the allergen-related products in different facilities.

“By making the rest of their facilities nonallergen and keeping one facility for allergens, producing companies will certainly reduce the risk of any accidents,” Mr. Burgh said.

Mr. Taylor pointed out that allergen removal in the baking industry — or any dry-goods facility — becomes difficult because companies need to shut down production for extended periods to clean certain pieces of equipment.

“That’s why segregation and separation and even a dedicated production line or facility become more important attributes,” he said. “It’s really hard to clean those long baking ovens. There are other pieces of equipment that are hard to clean as well. It’s really easy to leave some residues on a shared line.”

With dry cleaning, he added, some operations developed procedures with scraping and vacuuming.

“Vacuuming is really important because it effectively removes allergen residues from the plant without redistributing the allergen residue in the facility, which can occur when compressed air is used,” Mr. Taylor advised.