WASHINGTON — The U.S. Department of Agriculture at its annual Agricultural Outlook Forum Feb. 21-22 projected lower soybean production in 2019 from 2018 but higher wheat and corn outturn, with lower carryover in 2020 from 2019 for all three commodities.

Production of all wheat in 2019 was forecast at 1,902 million bus, up 1% from 1,884 million bus in 2018. Higher spring wheat plantings are expected to offset the lowest winter wheat seedings since 1909 estimated in the U.S.D.A.’s Feb. 8 Winter Wheat and Canola Seedings report.

“The 2019-20 outlook for U.S. wheat is for reduced supplies, minimally lower use and decreased ending stocks,” the U.S.D.A. said in comments released with the new forecasts. “Higher expected net returns for spring wheat compared to soybeans in the Northern Plains is anticipated to result in greater spring wheat plantings in 2019 with total wheat acreage projected at 47 million acres, down 2% from last year.” 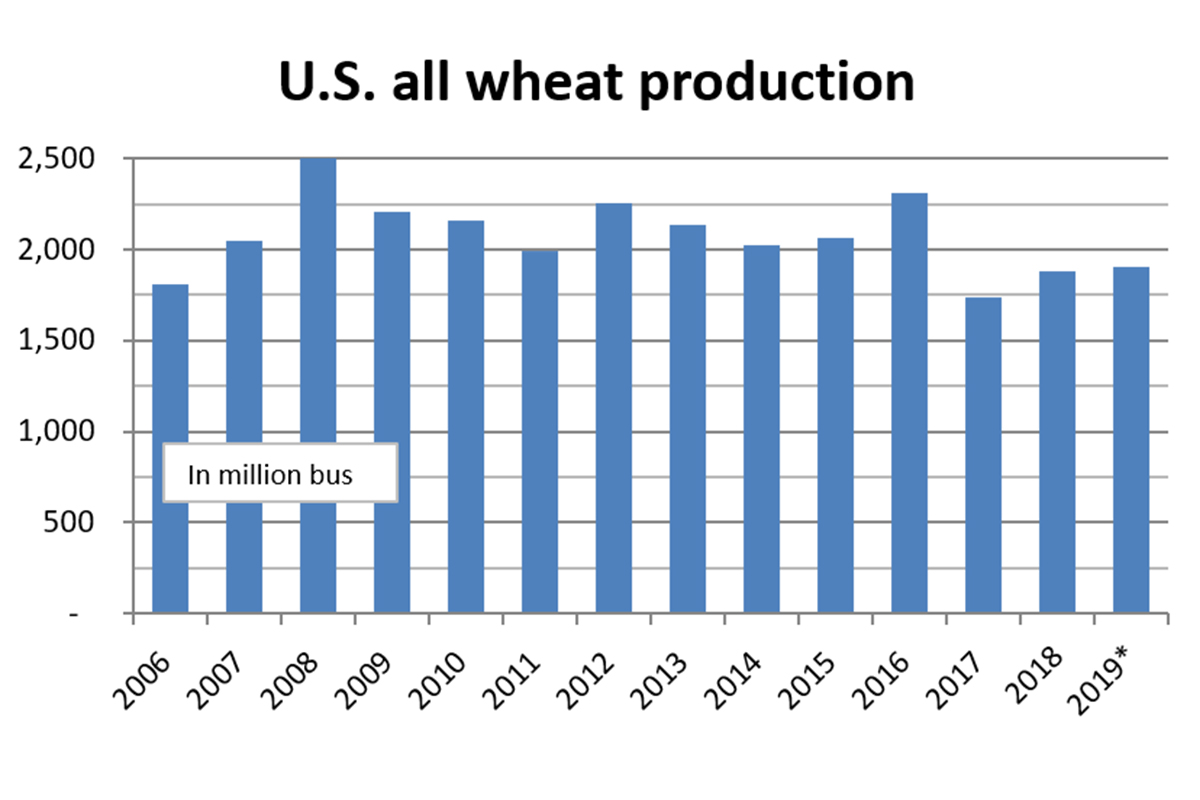 The U.S.D.A. projected 2019 corn production at 14,890 million bus, up 3.3% from the 2018 estimate and the second highest on record if realized as larger planted area more than offset an expected decline in average yield. 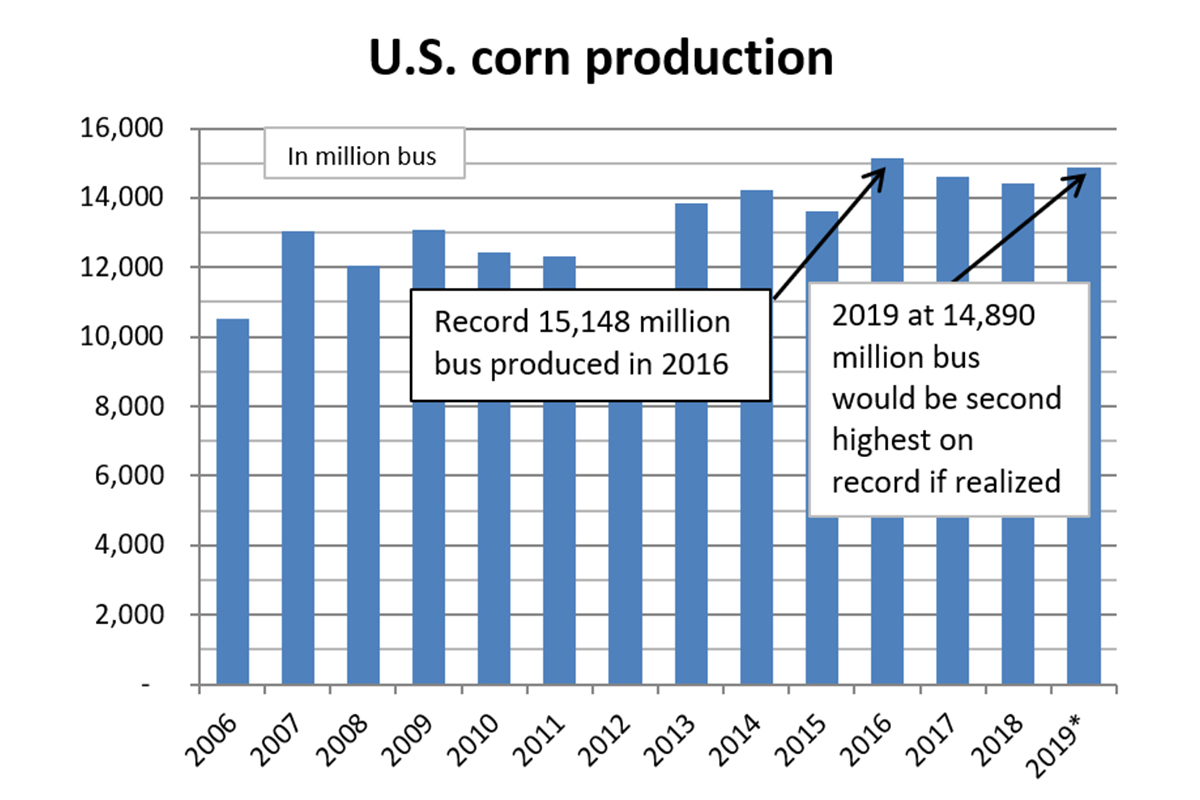 “The 2019-20 outlook for U.S. soybeans is for record supplies, higher crush and exports and lower ending stocks,” the U.S.D.A. said. “Soybean exports for 2019-20 are projected at 2.03 billion bus, up 150 million from the 2018-19 forecast. With rising global demand and reduced supplies in Brazil this fall, some recovery in U.S. exports is expected despite continued import duties assumed for U.S. soybeans in China.”