ANN ARBOR, MICH. — One of the hidden gems in the upper Midwest operates a central bakery that is gearing up for a significant investment in efficiency. Busch’s Fresh Food Market, a 17-store operator based in Ann Arbor, Mich., is installing a 1,400-square-foot freezer at its central plant in nearby Clinton, Mich., to assist in the conversion to automated depositing.

Kelley Maynard, central kitchen manager, explained that Busch’s supermarkets currently order muffins, cookies and other sweet goods every other day from the central bakery. Once the freezer and a new Hinds-Bock depositor are installed later this year, complementing the plant’s existing Vemag cookie depositor, the central bakery will shift to portioning almost all doughs and batters by machine. The expansive freezer will be used to hold cookie doughs, portioned muffins, sweet bread, brownies and cakes. Such added efficiency will lead to greater selection for stores. As always, products will be baked fresh to order.

“Our stores will be able to order anything they want any day of the week,” Ms. Maynard said. “We are hoping to expand our offerings and be more efficient. Bakery is very important to Busch’s as a company.”

Since 1995, Busch’s Fresh Food Market has operated its own central kitchen. Two years ago, the company outsourced production of prepared foods and deli salads to another commissary that continues to use Busch’s recipes.

Now the central plant is exclusively a bakery.

“We really wanted our own, and we worked with Puratos to build our own line of offerings,” Ms. Maynard said. “We feel like this is something special that more people are inclined to buy.”

Careful attention to minimal handling is followed throughout the bread production process. Workers carefully feed bread dough into ABS moulders and gently shape the dough pieces to desired specifications prior to baking.

Puratos supplies Sapore ready-to-use sourdough starters so that the retailer can differentiate its artisan bread program, which now consists of about 10 bread varieties, including Italian, asiago, sesame, sourdough, rye and several specialty bread varieties (including cheddar jalapeño and cracked black pepper and Parmesan).

Jessica Benn, bakery manager at the central plant, pointed to an additional benefit of Busch’s producing its own artisan bread.

“It allows us to push different ads and gives us more flexibility to run more special deals,” she said.

For instance, Busch’s can run ads that combine their own artisan bread with a special dinner meal deal for a roast or other protein. Such flexibility is essential to staying ahead of the crowd in an increasingly competitive marketplace. Busch’s 17 stores are located across the western suburbs of Detroit and surrounding the booming college town of Ann Arbor, home to the University of Michigan. 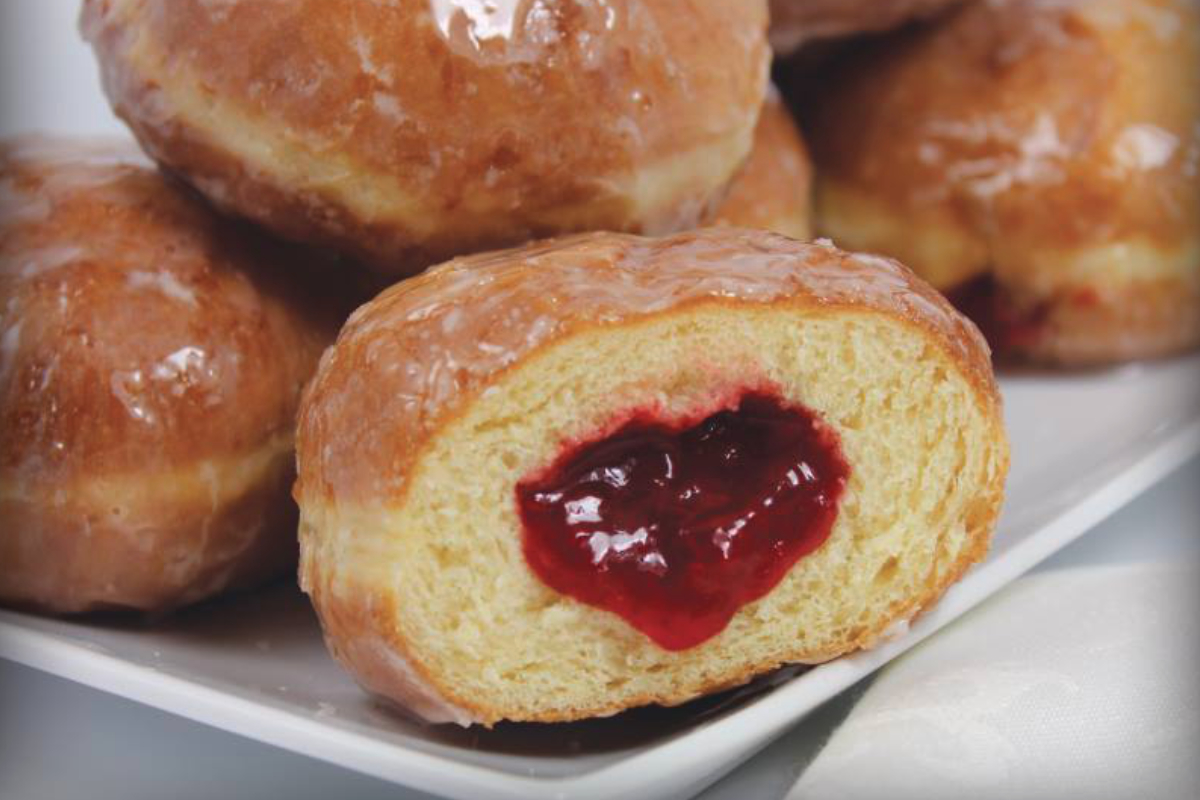 Life on the sweet side

Cakes and sweet goods play an equally integral role to the success of Busch’s central bakery. The push is on here to improve efficiency and create a more tailored mix of varieties and sizes that match more closely with demand.

“At one point, we had a very large selection of cakes: 6-inch to 12-inch, rounds and squares, one-eighth sheet to full sheet,” Maynard said. “Now we are focusing on more popular sizes. We began a 5-inch baby cake that has been hugely successful. Smaller sizes sell better today.”

Having a more efficient cake production system, in fact, provides Busch’s with a distinct advantage over independent retail cake shops that require the same amount of labor to make a small cake as a large one. Producing more small cakes at a time adds efficiency and lowers production costs, enabling Busch’s to offer better deals on premium quality cakes than the competition.

“We’ve made carrot cake forever, and they are one of our biggest sellers,” she said. “We offer carrot cakes in baby, 8-inch and other sizes. They all sell really well. People love a good classic item.”

Along the same lines, blueberry is a mainstay of the company’s muffin program, accounting for double the sales of any other variety. Busch’s makes 4-oz muffins in other flavors such as chocolate chip, cranberry orange, apple cinnamon and lemon poppyseed. The central bakery typically makes five to six muffin varieties at a time, including seasonal flavors.

“For now, we are hand scooping the 6-count cookie doughs,” Ms. Maynard said. “With the new freezer, we could run them through the Vemag and eliminate hand scooping and make us more efficient.”

Ms. Benn echoed this sentiment about the drive to achieve greater efficiency.

And as consumer demand shifts, especially with smaller household sizes and more people treating themselves to small indulgences while shopping the bakery department, Ms. Maynard said the timing is right to adapt to changing times. In the end, Busch’s will be even more successful, she believes.

“I think there is definitely a trend toward smaller portions, and everything we’ve done on a smaller scale has been more successful,” she said. “I think people are more apt to make an impulse buy than in the past. They can pick up a baby cake for $5.99. It’s more of an impulse buy that is not an excessive amount of cake and it’s not going to hurt their pocketbook.”

In the end, improved efficiency at the production facility leads to keeping retail prices from going up.

“We are hoping to build more efficiencies to lower retails to our guests,” Ms. Maynard said. “We are so excited about what we have coming.”