We use cookies to provide you with a better experience. By continuing to browse the site you are agreeing to our use of cookies in accordance with our Cookie Policy.
Home » Sprouted grains give nutrition, flavor and structure to baked foods

Sprouted grains give nutrition, flavor and structure to baked foods

Travel back in time and you’d find grain stocks tied together in sheaves, sitting in the fields after being harvested. Because of the weather conditions — temperature and moisture — the grain would often begin to sprout just before it was threshed and made into bread. This temporary moment of a seed’s life that’s post seed germination and pre new plant is a sprouted grain.

Although sprouted grains have continued to be available, consumers have taken a greater interest in them in recent years. James Marino, co-founder of Angelic Bakehouse, Cudahy, Wis., said this trend is partially due to a recognition of the nutritional benefits sprouted grains bring to the table.

“Sprouted grains have a multitude of nutritional benefits compared to unsprouted versions, including a lower glycemic index, higher levels of B vitamins, folate, fiber and reduced levels of phytic acid and gluten,” he stated.

Another benefit adding to the resurgence of this ingredient is its ability to create easier digestion for some consumers.

“Sprouted grains are whole grains, and when whole grains are germinated, they release enzymes, which break down components of the grain that may otherwise inhibit absorption of specific nutrients,” said Colleen Zammer, senior director of marketing and product development, Bay State Milling.

In addition to the specific values sprouted grains provide consumers, Dale Donaldson, president and chief executive officer of Everspring Farms, said the popularity of these ingredients allows for an overall revolution to bring back whole grains to daily diets.

“Grain” in sprouted grain could mean anything from wheat and rice to quinoa and amaranth. Just about any seed of any type of grain can be germinated slightly just before being milled. This includes non-gluten and gluten grains, blends as well as organic certified grains.

“Basically, we are hydrating the seed with water to activate the germ and all the biochemical processes that are initiated through that,” he explained. 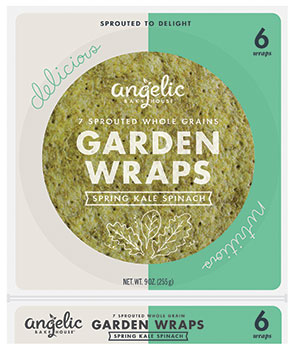 Water is the first critical property in the process, Ms. Zammer said. The second is temperature, which requires tightly controlled time management to get optimal flavor and performance.

There are two approaches to the final stage of sprouting a grain, according to the Whole Grains Council. Some companies sprout grain and then dry it to be stored until cooked or milled into flour. Other companies mash the sprouted grain while it is wet. This approach typically is used when making products such as bread, tortillas and muffins.

Companies also should note that an over-sprouted seed can negatively affect the formulation and the final product’s qualities such as rise or volume, Mr. Marino said. The process must be experimented, perfected and then made consistent.

In any baked food that would typically use a grain, a sprouted grain could be used instead, often with little to no changes to the formulation.

Mr. Marino said delicate bakery items such as pastries or croissants might prove to be a challenge; however, in other products such as bread, pizza crusts and wraps, sprouted grains enhance structure.

While some whole grain flours have a bitter aftertaste, sprouted grains have a certain sweetness to them so bakers can reduce the amount of sugar added to the formula. 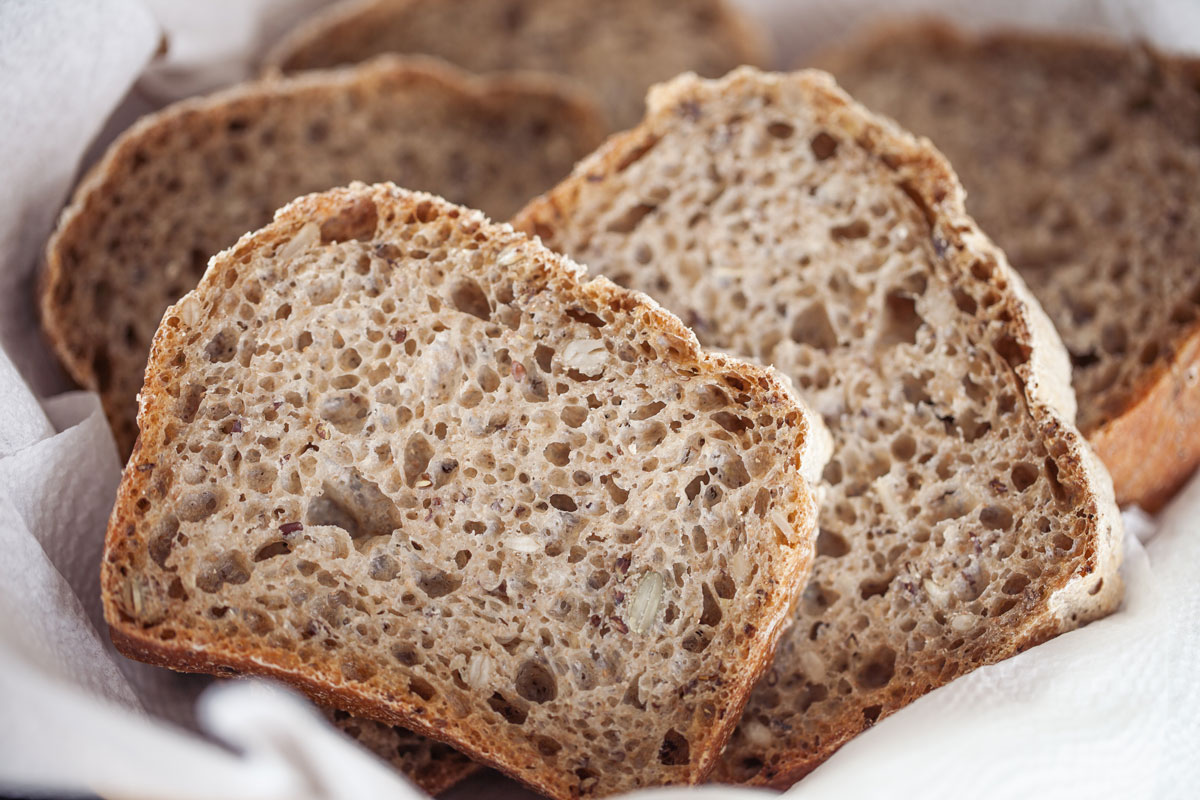 Angelic Bakehouse uses a small amount of agave and molasses to sweeten its baked foods — 1 gram of sugar per slice in its 16 oz bread products — due to the natural sweetening of the grains.

Angelic Bakehouse uses sprouted grains in its Garden Wraps and has developed a variety of flavors that complement such as beets, turmeric, sweet potato, kale and spinach.

Gluten-free applications can incorporate sprouted ancient grains instead of traditional grains to improve flavor and functionality. These ancient grains also can be used whole or crushed to be inclusions or toppings in baked foods as well as bars, snacks and cereals.

“Sprouted grains are not new to the world,” Ms. Zammer said.  “What is new are sprouted ingredients that offer consistent baking performance and superior flavor and food safety to the user and consumer in a convenient, familiar ingredient like flour. The end result is providing consumers with a better tasting whole grain product that they feel good about eating because of the nutritional boost of the sprouted grains.”