We use cookies to provide you with a better experience. By continuing to browse the site you are agreeing to our use of cookies in accordance with our Cookie Policy.
Skip To Content
Home » How Doughnut Peddler built four new bakeries in less than two years

When a family-owned business partners with a private equity firm, the impossible suddenly becomes plausible. For Doughnut Peddler, Phoenix, the possibility to turn dreams into reality came true when the company expanded from one bakery serving Arizona to five bakeries serving multiple states, all within two years. This rapid national initiative came to fruition when current Doughnut Peddler chief executive officer Jason Duffy and his private equity partners merged with the family-owned donut bakery and invested heavily in the expansion plans.

A perfectly timed channel shake-up gave Doughnut Peddler an opportunity to flex its new-found capital and see what it could really accomplish with its quality sweet goods and strong work ethic.

“The secret to our fresh, delicious products is not sugar or oil but elbow grease — the desire to roll up our sleeves and produce the best product on the market — and then deliver it safely, promptly and daily,” explained Jon Dairman, senior operations manager, procurement, Doughnut Peddler.

That commitment comes from the Smith family that established Doughnut Peddler in the first place, cultivating a company culture and a team committed to not only seeing the business succeed but also to one another.

“Once we decided to do this, we just put pedal to the metal,” Mr. Dairman said. “Everyone put in long days, and we just worked hard. It’s a family atmosphere. We’re all friends. We joke together; we love each other and would die for each other. So when it came time to expand, we all did everything we could to help one another and did what needed to be done.”

Doughnut Peddler has been a family company since its founding in 1983, and the original owners remain an essential part of the business today. In its first iteration, the Smiths opened a sandwich shop in Mesa, Ariz., and as the community grew, the shop blossomed to accommodate the need for other quality fresh baked foods. This growing demand led the family to supply fresh donuts daily to retailers in the area. 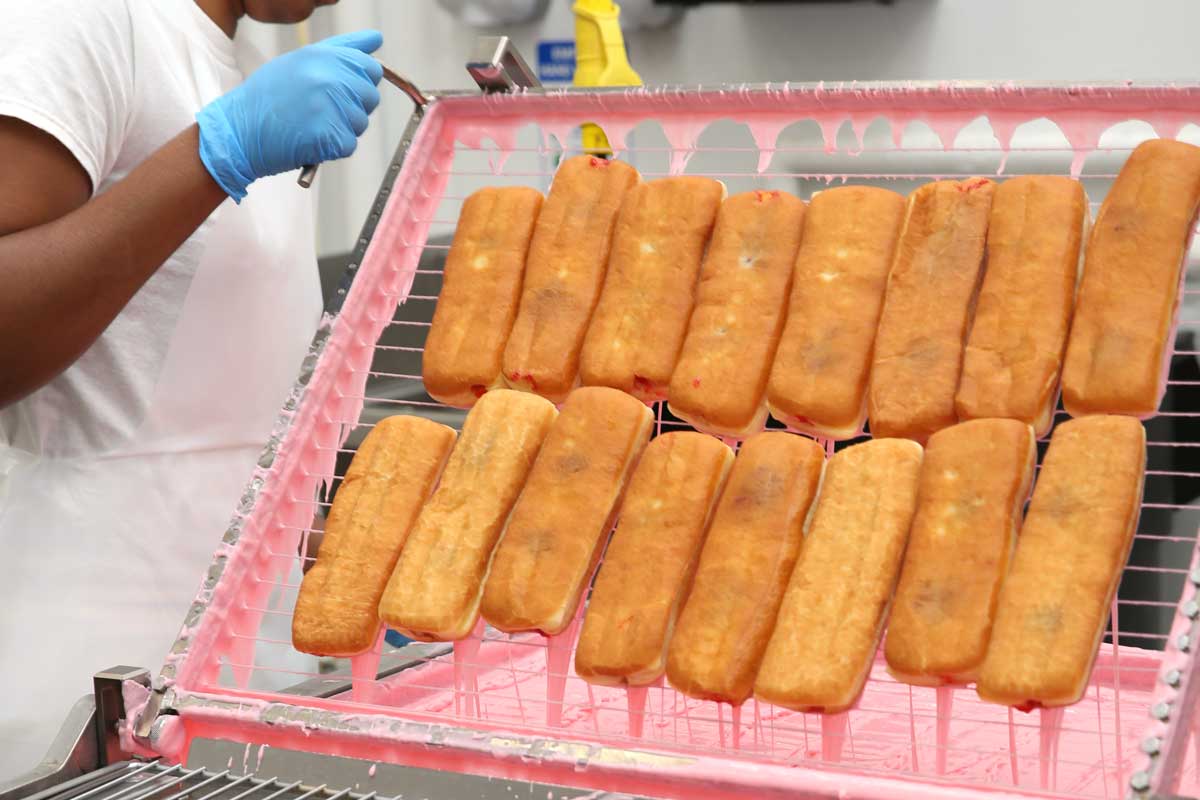 The company’s commitment to freshness, quality and safety enabled it to move into new, larger bakeries about every seven years, Mr. Dairman said. Over the years, Doughnut Peddler perfected its distribution strategy. Its long-standing relationships with customers also helped the company develop a forecasting system that allows the business to accurately predict its clients’ needs and consumer consumption based on the time of the year, weather and holidays.

“With this innovative forecasting technology, the company began to comfortably expand its service in Arizona from 100 stores to more than 900 stores by 2012,” Mr. Duffy said.

That was when Mr. Duffy and his partners took notice. The company had built a bakery in Phoenix and saw it as an opportunity to expand operations for Doughnut Peddler. While the Smiths and their team brought logistics and order-forecasting expertise to the table, Mr. Duffy’s team provided the know-how to take Doughnut Peddler’s business outside Arizona.

“Duffy had a lot of experience building franchises, so he knew how to expand beyond one location, and he used that knowledge to help roll out these other bakeries,” Mr. Dairman explained.

It’s a feat that Doughnut Peddler not only pulled off but also completed in record time.

The merger and subsequent expansion happened at a serendipitous time. While Doughnut Peddler supplies donuts and other fresh baked foods to many different institutions, convenience stores are the company’s primary customers. And in 2012, shopping habits in this channel — and the industry response — created a gap Doughnut Peddler could fill.

As consumers became more mobile, they began replacing meals with substantive snacks, and c-stores were a natural outlet for people to find food to meet all of these needs while on-the-go. At the same time, these consumers started looking for fresher options as well; c-stores rose to this challenge.

“There was a change in eating behaviors and habits, and gas stations made a big change,” Mr. Dairman said. “Now they are convenience stores, places people go to get their food and drink for the day.”

This shift pushed c-stores to expand their food and drink offerings and rocked the channel.

“The consolidation of the convenience store market, with larger brands purchasing their smaller competitors, created a need for a local fresh bakery solution,” Mr. Duffy said. 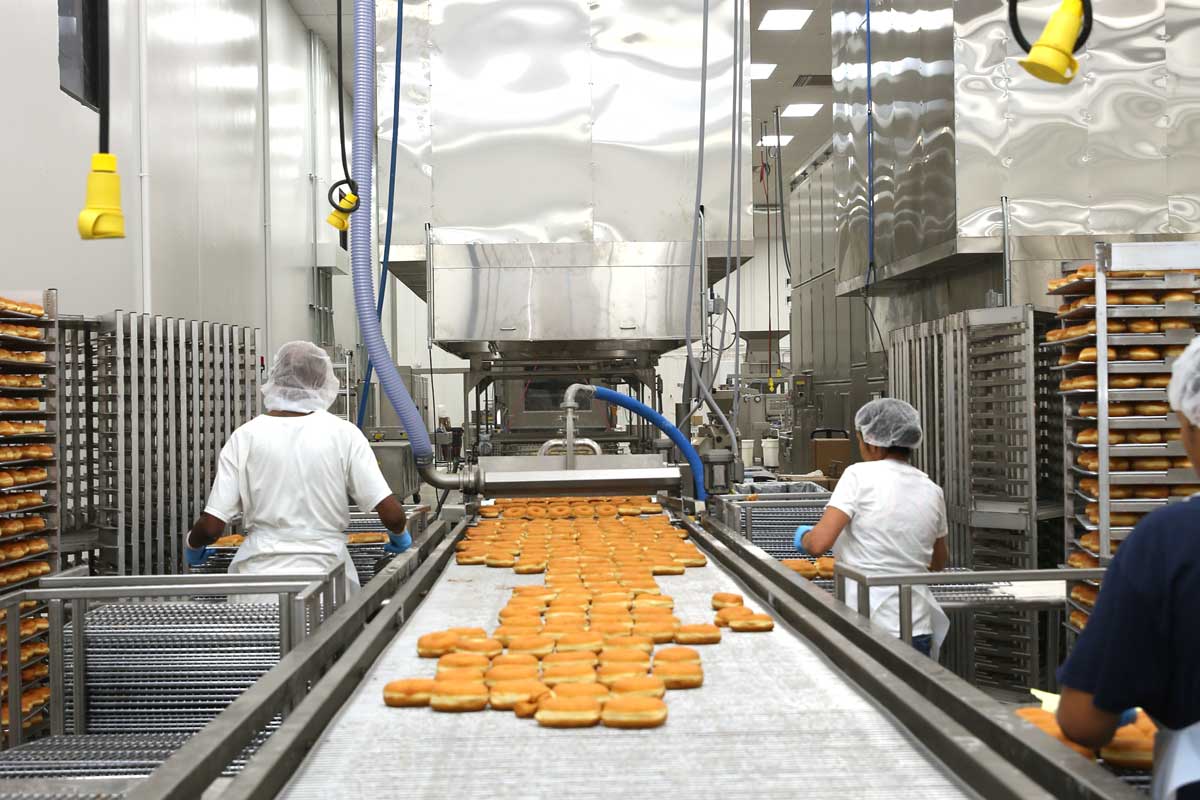 Doughnut Peddler pounced on the opportunity.

“When that change happened, we knew we had a good product and a good system and that we could take it everywhere,” Mr. Dairman said. “We always dreamed about doing it, and we knew it was the right time.”

With the new bakery, improved technology and the capital behind it, Doughnut Peddler started expanding: first to Charlotte, N.C., in May 2017 before opening facilities in Chattanooga, Tenn., in October 2017; Orlando, Fla., in August 2018; and finally, Houston in February. The company’s logistics expertise allows it to use all 5 bakeries and 15 distribution centers to deliver fresh bakery products to more than 4,000 locations in Southern California, Arizona, Texas, Florida, Georgia, North Carolina, South Carolina, Virginia, Tennessee, Louisiana and Mississippi. In addition to c-stores, the company’s customer base is made up of hospitals, large manufacturing companies, institutions, car dealerships, hotels, grocery stores and any other businesses that are looking for fresh donuts delivered daily and can meet the minimum order quantity and frequency.

While going national was always the dream, expansion was guided by the customers. During its growth in Arizona, Doughnut Peddler not only perfected its distribution system and order forecasting, but it developed its guaranteed program with its proprietary software system, in which the company not only anticipates the perfect order for each customer but also buys back any unsold products.

“Customers are seeing increased margins by only paying for what actually sells at the retail level with Doughnut Peddler handling the manufacturing, delivery, merchandising and marketing of the products,” Mr. Duffy explained. “Being a huge success in Arizona, the program quickly brought requests from clients to replicate it in other cities and states.”

Those requests, along with the market reach of each city, dictated where Doughnut Peddler set up shop next.

With the opening of the bakery in Charlotte, Doughnut Peddler incorporated more automation into its process.

“With automation comes more consistent product because you’re removing the human element,” Mr. Dairman said. “If you roll and chop cinnamon rolls by hand, you get all different sizes. When you have a machine doing it, you know you’re cutting it 53 mm. You can get a better product, and it’s easier to follow your GMPs if you have a consistent product.”

Doughnut Peddler developed two different production lines to handle its array of fresh-baked foods: ring donuts, filled donuts, fritters, cinnamon rolls, donut bars and twists. Line No. 1 is equipped to make rings, bars and pull-apart products, while Line No. 2 can make every Doughnut Peddler stock-keeping unit except pull-apart products. Charlotte and Chattanooga both have Line No. 1, with room for one more at Charlotte’s facility. Orlando and Houston are each running Lines No. 1 and 2 with room for a third in Houston’s 32,000-square-foot plant. 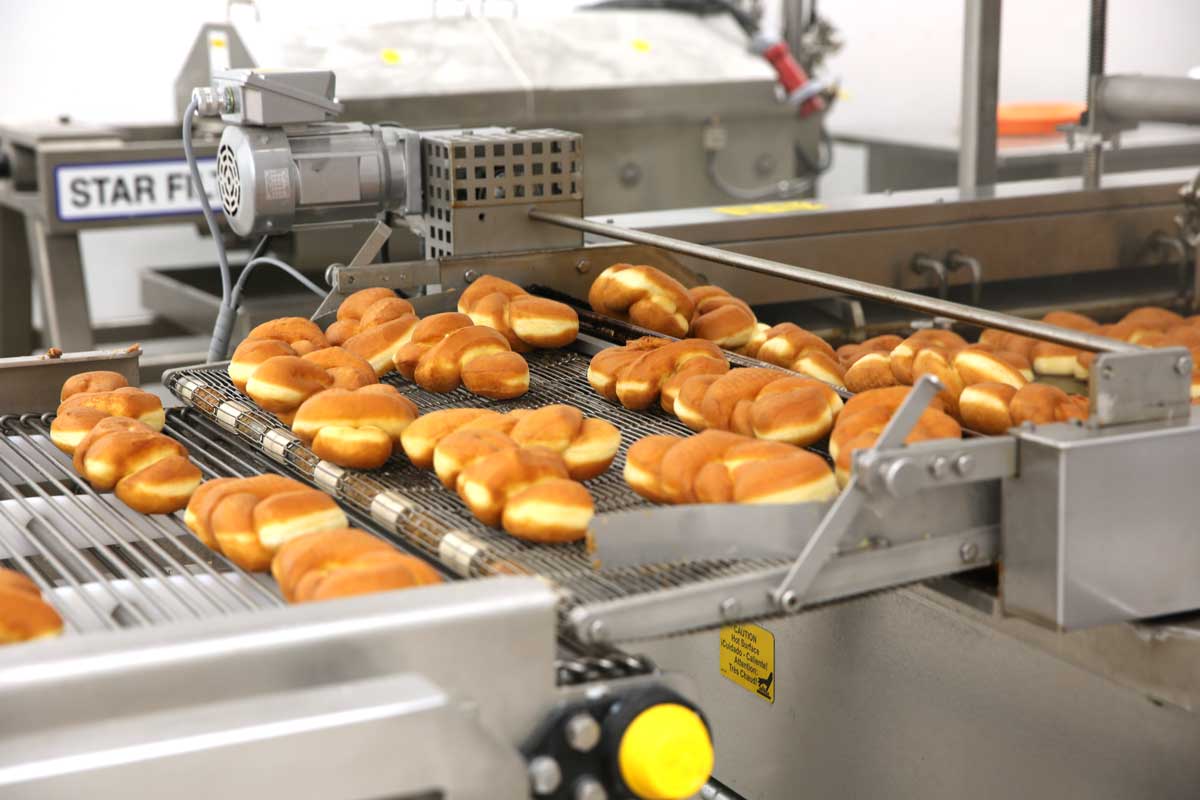 Even though Orlando and Houston mirror each other, improvements were made as the company designed the Houston bakery. Because of the larger volume anticipated at Houston, the expansion team added an auto-load feature for the proofer.

Opening four bakeries within two years was an intense learning experience for the expansion team.

“The saying, ‘Things take twice as long and cost three times as much as you expect,’ is true,” Mr. Dairman observed. “It’s definitely harder than I would have ever guessed to build a bakery.”

The Houston plant is still new, but the facility was specifically designed in anticipation of growth.

“The latest line has the highest throughput and will help us hit a higher volume,” Mr. Dairman said.

With new customers signing on weekly and the Corpus Christi market waiting in the wings, he was confident that it would not be long before Houston might need that third line.

In the short term, though, Houston will add Hinds-Bock cookie and brownie depositors, which already had arrived and were awaiting installation at the time of Baking & Snack’s visit. This will round out Houston’s capabilities to make all the company’s s.k.u.s and expand business in all major Texas cities.

Doughnut Peddler is pressing pause on building new bakeries but not on expanding the business. Mr. Duffy plans to grow the portfolio first.

“We are excellent forecasters of food consumption and see a strong future in additional fresh-food products that have typically been impossible to provide because of their inherently short shelf life,” he said. “Expanding our existing daily delivery model to other foods will be a big focus.”

This redirection on the expansion will also give the company time to go back and support new employees in Houston and the other bakeries. In less than two years, Doughnut Peddler, which remains a family company at its heart, jumped from a small business where everyone knows everyone to a regional bakery, and the company wants to prioritize equipping these new employees and making them a part of the family.

“One of the struggles of expanding so fast is that we haven’t really had the time to show new employees who we are and that we care,” Mr. Dairman said. “We don’t want to build a bakery and walk away. We want to go back and do more culture-building and building up the great men and women who work for us.”

By focusing on its strengths — a family-oriented culture, customer-focused business and logistics expertise — Doughnut Peddler is quickly on its way to becoming a household name nationwide.

“At the end of the day, we expect to leverage our technology and logistic capabilities to become the best fresh food logistics company in America,” Mr. Duffy predicted.

This article is an excerpt from the June 2019 issue of Baking & Snack. To read the entire feature on Doughnut Peddler, click here.