We use cookies to provide you with a better experience. By continuing to browse the site you are agreeing to our use of cookies in accordance with our Cookie Policy.
Home » U.S.D.A. sees corn planted area up 3% from 2018, soybeans down 10%, wheat down 5%

WASHINGTON — The U.S. Department of Agriculture in its annual Acreage report on June 28 estimated 2019 corn planted area at 91,700,000 acres, up 2.9% from 2018, down 1.2% from the March Prospective Plantings forecast and well above trade expectations that averaged about 87 million acres.

Corn futures tumbled after the release of the U.S.D.A. report, which surprised traders expecting a much lower planted area estimate due to planting delays and prevented plant acres because of excessive spring moisture.

Soybean futures moved modestly higher after the report, with the U.S.D.A. estimate well below the trade average of about 84.5 million acres but gains limited by sharply lower corn futures. 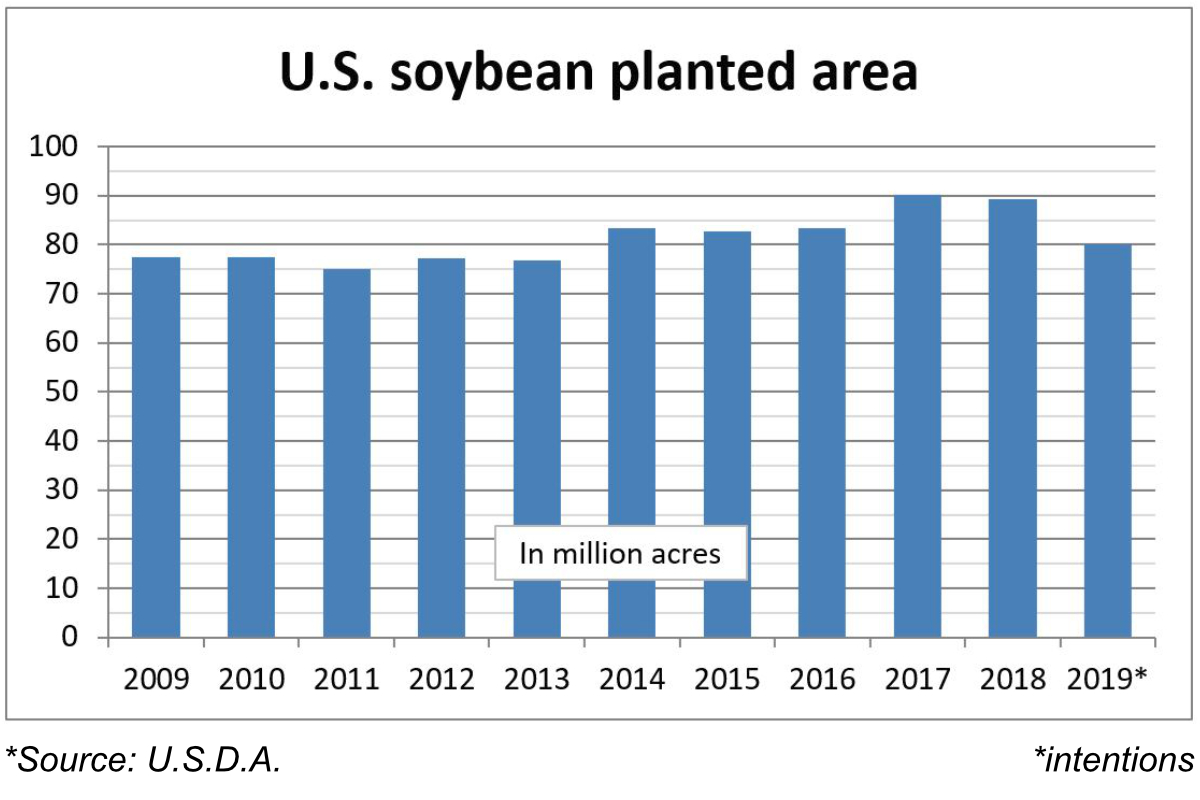 The U.S.D.A. estimates were below the average of trade expectations for all wheat, durum and other spring wheat but were above the trade’s winter wheat average estimate. Wheat futures traded sharply lower after the report with spillover pressure from corn. 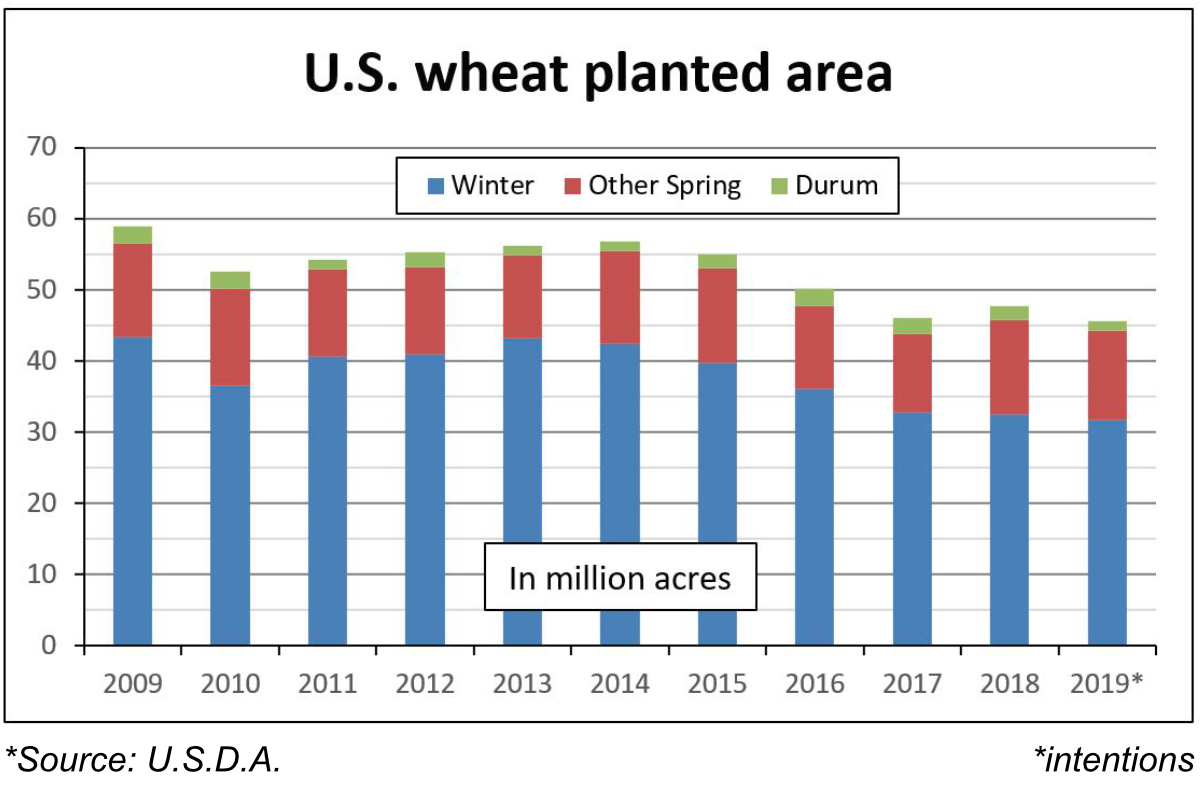 The U.S.D.A. corn, soybean and wheat stocks estimates all were below the average of trade expectations.