We use cookies to provide you with a better experience. By continuing to browse the site you are agreeing to our use of cookies in accordance with our Cookie Policy.
Home » Bakeries take on the robotic realities of workforce issues

Bakeries take on the robotic realities of workforce issues

It is no secret that the baking industry — and most manufacturing-related industries — are struggling with labor problems, but their scope is diverse.

“Workforce gap really is an umbrella for labor issues, having many different dimensions,” said Jim Kline, president, The EnSol Group.

These include low unemployment rates, lack of skilled personnel, lack of personnel for the appropriate wages and benefits, and even the impact of working conditions and schedules.

Where labor falls short, however, the baking industry has looked to automation to fill the gap.

“Automation, viewed narrowly, means the application of machinery to perform a task, the implication being that it eliminates labor,” Mr. Kline explained. “However, in the broader sense, automation can also mean the application of technology to assist workers in the performance of their job.”

While automation can definitely lend a robotic hand to alleviate some labor concerns as well as improve efficiencies and product consistency, it also can shift labor elsewhere.

Automation gives bakers the opportunity to take humans off the production lines in areas where work is repetitive or ergonomically undesirable or where accuracy is critical. All this can have benefits not just for the consistency of the product but also for the employees who were doing those tasks.

“Automation has allowed us to, in certain parts of the process, take out the human element and then be more consistent with the product,” said Mario Somoza, president and chief executive officer, Pan Pepin, Bayamon, Puerto Rico. “Then we can reallocate those human resources someplace else.”

Removing the opportunity for human error enables the production process to be more accurate, which then has positive effects down the line.

“What we found over time is we have much better quality because, with these well-designed production lines, everything becomes consistent in terms of timing, handling, etc.,” said Spiro Sayegh, managing director, International Delights, Clifton, N.J. “When you remove the human factor, assuming it’s a good technology, it actually has a very positive effect.”

Mr. Sayegh referenced International Delights’ ingredient system as a place where the company saw an improvement.

“All the ingredients are being measured accurately, so you don’t have the potential mistakes that humans can make,” he said.

Food safety is another benefit of removing the possibility of human error. People make mistakes, and sometimes, those mistakes can put a company’s food-safety record at risk. Not only did Pan Pepin automate its ingredient handling and scaling for improved accuracy and efficiency, but it also had the added benefit of keeping employees out of the mixer.

“Using an automated ingredient system, we can just weigh everything and have it directly transferred to the mixer without anyone standing over the mixer, risking contamination or alterations,” Mr. Somoza explained.

Automation enables bakeries to produce not only more consistent product but also more of it.

“As we went to a higher capacity line, dough troughs were too heavy and dangerous for folks to be pushing around the bakery floor,” Mr. Somoza said. “That was a safety issue we addressed with the automated fermentation room so there isn’t a need for anyone to push troughs containing 2,500 lbs of dough.”

When looking at places where automation can prove beneficial to solving labor issues, non-value-added positions should be first.

“Eliminating non-value-added labor throughout the bakery has several benefits beyond headcount reduction,” Mr. Kline said. “These tend to be positions of high turnover and injury owing to the nature of the work. Minimizing these positions has multiple benefits.”

These positions can often be eliminated in material and product handling, data collection, sanitation and inventory control, turning over many of these repetitive tasks to computers and equipment that will do them consistently, accurately and without injury. This thinking guides International Delights as it looked to increase automation as a way to benefit employees.

“When looking at automation we first look at any job that is repetitive and boring and then any job that requires lifting or is ergonomically difficult,” Mr. Sayegh said.

“We can’t look at labor in a vacuum of personnel efficiencies but more about what set of skills are you going to need from here on.”

This led the company to first look at automating its ingredient system, which not only enabled the bakery to accurately scale 12 ingredients but also prevented employees from having to lift heavy bags. Automated transfers and depanning prevents employees from having to handle heavy moulds and risk injury. At the end of the bakery, International Delights uses specialized robotics systems to handle fresh bakery products. Here, the return on investment can get tricky, but Mr. Sayegh says the company finds it a worthwhile investment because, again, it eliminates labor for a repetitive and ergonomically risky task.

“We make those decisions regardless of the returns,” he said.

When total automation does become cost-prohibitive — which it can — Mr. Kline said bakeries should analyze the automation’s components and determine which presents the greatest opportunity for savings.

“One needs to consider the alternatives,” he explained. “The alternatives may not maximize possible savings, but they may provide the greatest value to the baker.”

Bakers need to know their real efficiency, the tasks workers are actually doing and the time those tasks require. What are the sources of and the duration of operational and mechanical downtime?

“This analysis can be used to evaluate the process, warehousing activities, sanitation and maintenance,” Mr. Kline said. “What are the components of time and cost? This is easier said than done, but with good data, the questions on what can be done start to answer themselves.”

Automation can be a testy subject in regard to labor issues, however, because no one wants to be replaced with a machine. That doesn’t have to be reality though. Often, automation doesn’t eliminate jobs; it only changes the need.

“Never in 32 years of business have we fired someone because of business reasons,” Mr. Sayegh said. “With all the automation, we’ve never had to do that. In fact, we feel that without the automation we couldn’t have grown and provided more jobs.”

While automation may eliminate jobs that require unskilled workers, sophisticated equipment requires sophisticated mechanics, engineers and, in some cases, programmers.

“Even though we may be able to do away with a position or two that we were doing manually, in our automated fermentation room or tray washing, we would need engineering personnel or mechanics to operate that equipment,” Mr. Somoza said. “We can’t look at labor in a vacuum of personnel efficiencies but more about what set of skills are you going to need from here on.”

Mr. Sayegh echoed that sentiment, saying that automation can’t replace the need for that baker knowledge. 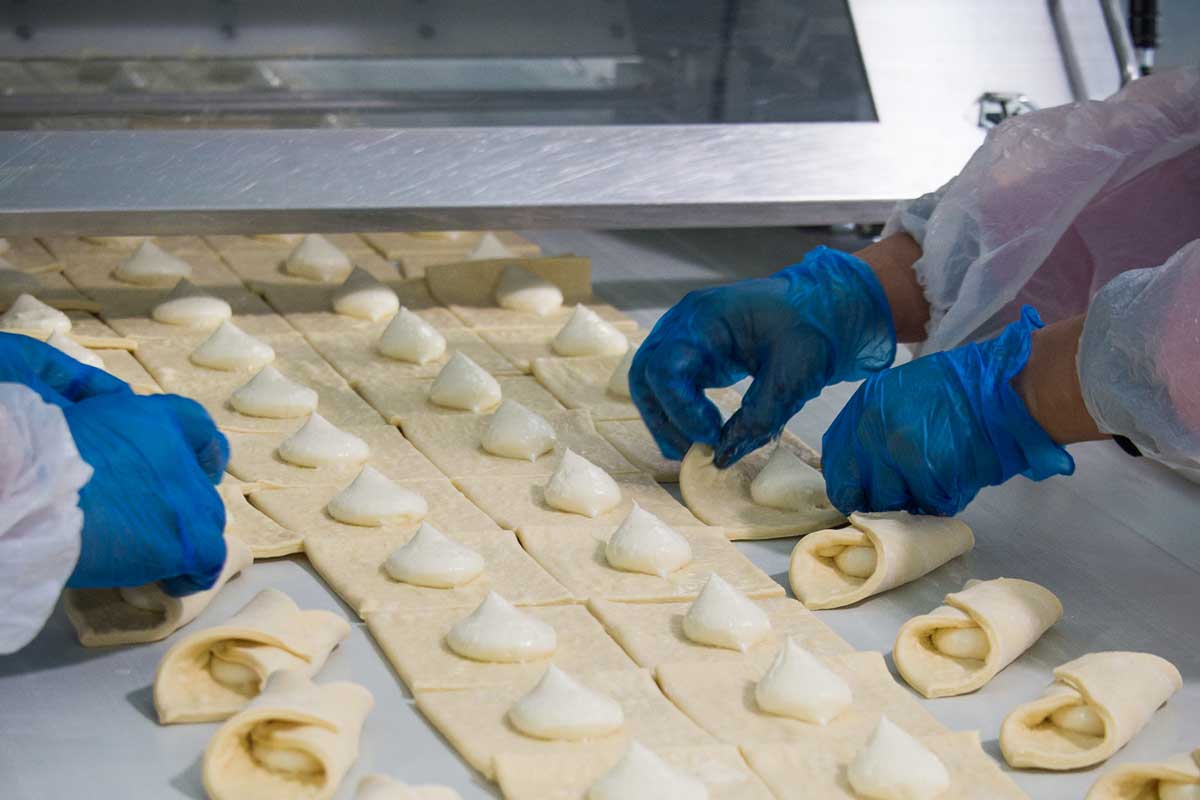 Bakeries aren’t necessarily relying on sophisticated controls to address this issue either. Pan Pepin educates its employees to develop its own workforce.

“Here we’re dealing with the island context,” Mr. Somoza explained. “We can’t recruit employees from a neighboring state within a 200-mile radius, so we have to do in-house training so our employees can impact the process.”

Automation may resolve some issues such as accuracy, consistency and efficiencies, but it brings its own challenges.

“Automation brings a different type of stress,” Mr. Sayegh explained. “The more automation you have, the more you count on it, so now the problem becomes if the production line doesn’t work, then you’re shut down. That becomes a different problem than not having workers with the right skills or those who don’t show up.”

To ensure growth, the baking industry cannot rely on automation alone to solve the issues of a dwindling labor pool. It will take a combination of automation and developing the right workforce to work alongside sophisticated equipment to spur industry growth. The two are parallel solutions.

“You need automation to grow, but you also need the right people with the right skills,” Mr. Sayegh said. “Both of them are definitely needed, the automation as well as the right labor.”