We use cookies to provide you with a better experience. By continuing to browse the site you are agreeing to our use of cookies in accordance with our Cookie Policy.
Home » Navigating the Middle East’s transcontinental baking trends

The Middle East sits in the world of in-between. When it comes to location, the region plays Twister with one foot in Asia, a toe in Europe and a hand in Northern Africa. As a result, the Middle East — which includes Bahrain, Cyprus, Egypt, Iran, Iraq, Israel, Jordan, Kuwait, Lebanon, Oman, Palestine, Qatar, Saudi Arabia, Syria, Turkey, United Arab Emirates (UAE) and Yemen — is viewed as transcontinental.

By land mass, Turkey lies partly in Europe but mostly in Asia, though it’s a member of the Council of Europe. The island of Cyprus is sometimes placed in Asia or Europe. It is closer to Asia, but historically and culturally it is a European country and currently a part of the European Union. Egypt is located in Africa. Some experts and researchers even extend the list of Middle Eastern countries to include more in Northern Africa such as Libya, Sudan, Morocco and Tunisia.

As a bridge between continents, Middle Eastern countries vary in size, culture, climate, language, politics and … food. They’re eclectic. While the region keeps many original tastes and trends, it is also influenced by outside forces, especially within the baking and snack categories. 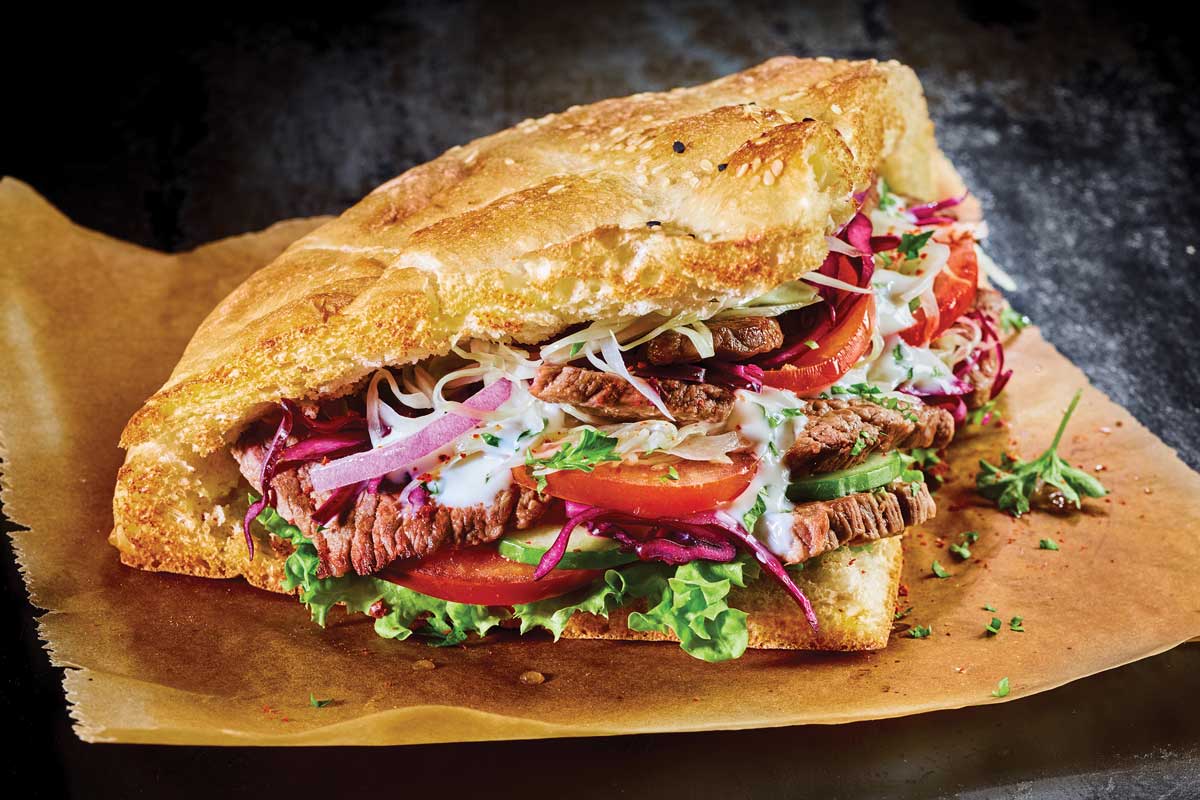 At the same time, consumers around the world are focused on two main attributes: health and convenience.

“Similar trends apply in our market: a shift into healthier products, mainly in the bread category while at the same time looking for indulgent treats for occasional consumption,” Ms. Peled added.

With effortless and rapid access to information through social media about baking and snack innovations, the Middle East merges global trends as easily as it is bridges three continents.

Baked foods ahead of the game

The bakery market in the Middle East is maintaining its momentum and won’t be losing steam anytime soon. The sector is seeing 5% to 7% growth year on year, said Hamza Nihal, head of business development and research departments, OZCO Group Cos. This is partly due to an increase in population, accessibility and wealth.

“The baking market is dynamic and subjected to similar changes as the fast-moving consumer goods world,” Ms. Peled said. “The freshness trend is getting stronger; consumers prefer their bread and pastry products fresher; there is a transition of consumers from the supermarket bakeries to specialized bakers.”

Cooking and baking TV shows have given Middle Eastern consumers the desire to create baked foods at home for a fresh product, he said. So Osem Group launched a variety of frozen yeast-based products, including chocolate yeast cake and challah bread, for home baking to merge the freshness and the convenience consumers crave.

“The economies in the Middle East used to have luxurious lunch meals every day, but now with globalization, everything is moving to the ‘Western way’ of doing things.”

As the biggest country in the Middle East, Saudi Arabia is the 20th largest market for bakery products in the world, partially due to its bread consumption. The report stated that Saudi Arabians consume more bread per person than any other Middle Eastern country. Eaten with a main course, it is also dipped in gravy or used to hold meat and vegetables. In the UAE, the most popular bread is tandoori, which is a flatbread baked in a shell oven and made with medium-hard wheat.

The demand for better-for-you products has influenced the bread category in the Middle East as well, and the gluten-free market is gaining more traction. Bread with spelt flour or pastry products with filo dough have done well. And there’s been an increase in organic ingredients and wheat and brown bread purchases.

“Croissants, regional breads — shami from Lebanon or Egyptian bread — show no signs of slowing down as innovations abound in this segment,” Mr. Nihal said. “Companies such as L’usine have introduced a croissant with fillings such as chocolate and strawberry in a retail pack, which is very popular.”

“When people plan their daily diet, they try to eat healthier and more balanced food, but when it’s time for dessert, they feel they deserve an indulging treat,” said Daphna Brenner Shatil, bakery business manager, Osem-Nestle. “We see a significant growth of premium cookies.”

Baking companies with a market in the Middle East can merge indulgence and health by creating smaller decadent baked foods.

Mini meals keep up the climb

With the rise in healthy eating and portion control and the demand for on-the-go foods in the Middle East, snacking is on its way up.

“The economies in the Middle East used to have luxurious lunch meals every day, but now with globalization, everything is moving to the ‘Western way’ of doing things,” Mr. Nihal said. “This is why convenience stores are on the rise and kiosks are increasingly put in offices and malls.”

As a result, cracker demand has grown. Osem Group launched Fitness Crackers To-Go, which contain whole grains, and Lachmit, a 100% whole grain cracker brand. Many Middle Eastern consumers also are purchasing rice cakes, which act as a substitute for bread and a snacking solution. Osem Group filled this need through its Fitness line of 99-calorie flavored rice cakes.

“People are searching for diet and portion-control solutions, and the rice cakes segment has become tastier with much better texture,” Ms. Shatil explained. 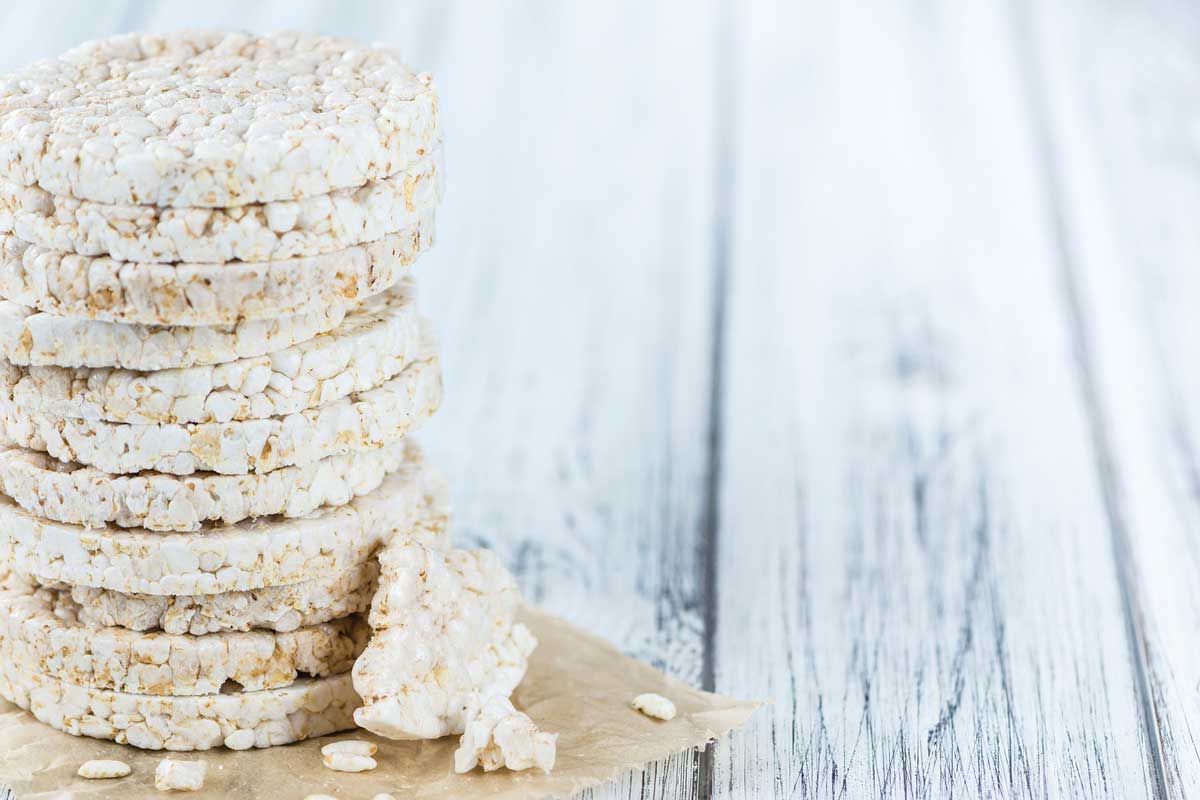 The extruded snack food market in the Middle East reached approximately $2.1 million in 2018 and Research and Markets, a research company, expects it to expand at a compound annual growth rate of 4.2% from 2019 to 2024. The strong growth is due to a shift toward western food cultures and an increasing population with rising disposable incomes.

Snack bars consistently act as a meal substitute in the Middle East with their inclusion of high protein levels and good nutritional values. In Saudi Arabia alone, the bar market is expected to reach $60 million by 2024 and will register a CAGR of 12% from 2019 to 2024, according to Mordor Intelligence’s report “Saudi Arabia Snack Bar Market – Growth, Trends, and Forecast (2019-2024).” Snack bars that are high in fiber, low in sugar, gluten-free and have a mix of grains are in demand. Increased snacking habits offer market opportunities and innovation, the report stated, and healthy baked goods within affordable price ranges appeal to consumers.

E-commerce has driven sales in Saudi Arabia by providing accessibility, discounted prices and a variety of snack bars. From meal replacement to functional to indulgent options, the online retail channel has provided a window into bar brands all over the world.

In Egypt, the snack bar and sweet biscuit categories are requiring a different strategy from multinational brands due to the devaluation of the local currency and surge in import prices, as stated in Euromonitor International’s report “Sweet Biscuits, Snack Bars and Fruit Snacks in Egypt.” Many companies are trying to source ingredients from local producers or invest in new facilities.

American snacks have become popular in the Middle East, Mr. Nihal noted, especially those with sesame seeds, chia seeds and bars in particular.

“Study the market well and make sure you have the right partner in distribution who understands consumers and their tastes,” he advised.

Local companies are getting into the action, too, using dates and other locally sourced ingredients for extra appeal.

“Snacking is catching on in a big way,” Mr. Nihal said. “Awareness of healthy eating has given rise to a multitude of local companies who are all vying to get into the action.”

This article is an excerpt from the September 2019 issue of Baking & Snack. To read the entire feature on the Middle East, click here.