We use cookies to provide you with a better experience. By continuing to browse the site you are agreeing to our use of cookies in accordance with our Cookie Policy.
Skip To Content
Home » Marshall Maddox honored as Baking & Snack’s 2019 Operations Executive of the Year

Some guys have all the luck. Some of them make their own. And sometimes, it all depends on who you ask. Marshall Maddox believes he’s the luckiest guy on earth. However, many would argue that this chief product officer for Nashville, Tenn.-based The Bakery Cos. was more than just in the right place at the right time.

By creating opportunities, developing solutions and becoming a voice for all associates, Mr. Maddox put himself on a path that spans more than two decades, three acquisitions, one patent and nearly a dozen changes of address. He has been a student and a teacher by following his mentors and serving as one. Mr. Maddox’s commitment to the baking industry — his employers, associates, customers and consumers — has earned his recognition as Baking & Snack’s 2019 Operations Executive of the Year.

A relatively soft-spoken man who tends to shy away from the limelight, Mr. Maddox ironically began his manufacturing career with one bold move.

It was the late 1980s, and his college internship for Metal Container Corp. (the can manufacturing division for Anheuser-Busch) in Oklahoma City was coming to an end. He was getting ready to graduate from the University of Oklahoma, and the plant manager — his first mentor — had informed him that there were no available positions to suit his engineering degree.

So, Mr. Maddox made him a deal: “I told him, ‘I’ll give you a year. I’ll work as an hourly associate, learn the company from the ground up, get my fingers dirty and understand the business. If nothing happens in a year, we’ll part ways as friends.’ He said, ‘Deal.’” Four months later, Mr. Maddox was on special assignment, and in less than a year, he was working at the Anheuser-Busch headquarters in St. Louis. 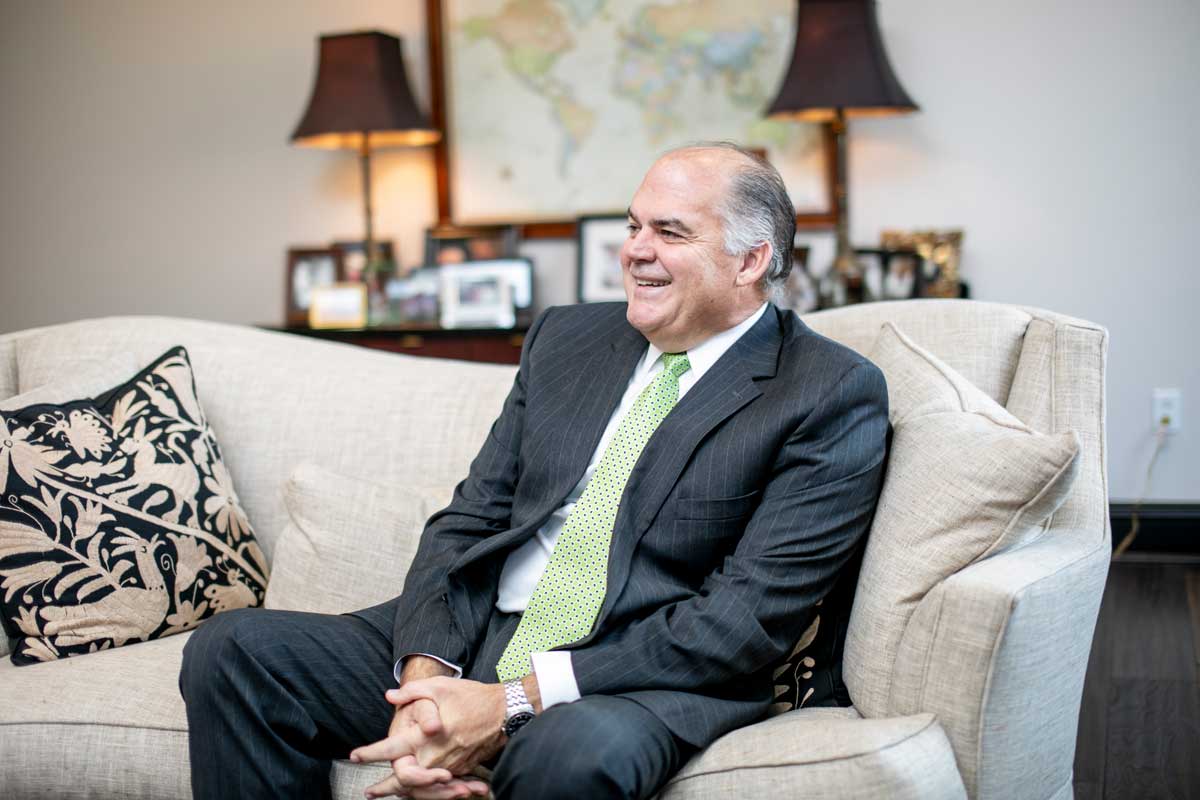 While at Anheuser-Busch, Mr. Maddox was lucky enough to work with the head of international brewing, and their work on optimizing beer flavor and quality improvement initiatives caught the eye of then-chief executive officer August Busch III and Barry Beracha, who at the time was the vice-president of engineering. Mr. Beracha ­invited Mr. Maddox to join him on an adventure into the world of baking, to Campbell Taggart, which was owned by Anheuser-Busch.

“Barry asked me to come along with a handful of folks into the baking industry to turn that business around and make it more profitable,” Mr. Maddox recalled. “He said they wanted someone with a scientific mind to drive science into the art of baking.”

Over the course of his career, Mr. Maddox has been dealt some interesting hands. From Campbell Taggart and its spin-off into Earthgrains and then to its acquisitions by Sara Lee in 2001 and Horsham, Pa.-based Bimbo Bakeries USA (B.B.U.) in 2011, he’s always turned change into opportunity.

“I’ve been really lucky,” he said. “And you could say I’ve been in the right place at the right time.”

He’s also had the right mentors, and more than that, he’s been open to learning from them.

“When I first entered the baking industry, it was very artistic,” he said. “It was reliant on those ‘old timers’ who knew everything, and it was hard for me to break into that culture.”

But he found support from Don Wyant, who at the time was the head technical baker for Campbell Taggart.

“Don took me under his wing and taught me the baking business,” he said. “Once I got Don’s blessing, the other guys respected me. I got my ‘street cred.’”

Through each change, Mr. Maddox jumped on every opportunity that came his way, which resulted in running multiple facilities.

“I spent all my days and nights in the bakeries, and that’s where I really learned the most. As a plant manager, you have to wear a lot of hats, and I enjoyed the interaction with the people. I’d had the corporate experience, and it was good for me to cut my teeth on the field operations.”

“I love to be in the thick of things and develop solutions so I can help define new processes, practices and workflows.”

- Marshall Maddox, The Bakery Cos.

To Mr. Maddox, every opportunity — upward or lateral, inside or outside the wheelhouse — is a chance to grow. They took him from St. Louis to Horsham, Pa., to Nashville and just about every stop along the way, including Atlanta, Chicago, Memphis, Meridian, Miss., and a host of others.

“I’m not the kind of person who could take a front-line supervisor position and do that for 10 years and then take a manager role for another 10,” Mr. Maddox said. He’s more the type to play new hands.

“I got involved in many different things,” he pointed out. “For me, technical baking and running the process — being educated in how to set up the equipment, what good quality good output look like — has been my path for several years.”

Joe Waters, chief operating officer for The Bakery Cos., and longtime colleague starting at the Anheuser-Busch days, noted that Mr. Maddox’s ability to get involved in various aspects of the process has defined him as a true baking professional.

“He’s had a wide variety of responsibilities,” Mr. Waters said. “He’s been the vice-president of quality, food safety and commercialization; he has been instrumental in rolling out new products; he’s kept the plants food safe; he has supported marketing efforts and product labeling. And he’s outstanding in the area of formulas. He’s well exposed and very well known in the industry.”

It’s all come out of cross-functional experience that comes with taking chances, which he feels, quite frankly, the industry could use more of.

“I’ve seen too many people who had an opportunity to take a move and do something different, but they turned it down because they didn’t want to move,” he said. “My philosophy has always been to take every move as an opportunity. We need to see the value in diversity of experience.”

Through that diversity, he also has learned about the value of relationships, and that ultimately led him to Nashville and The Bakery Cos.

In 2014, Mr. Maddox was no stranger to Cordia Harrington, c.e.o. of The Bakery Cos., and the culture of her company resonated with him.

“One of the things Cordia has done incredibly well is seizing the moment and taking the opportunities when they come at her,” he said. “That’s something that drew me to this organization and what I love about it now that I’m here. I get to be creative and take opportunities.”

In the past, Mr. Maddox worked with a specialized approach, such as during his time in Sara Lee operations under the B.B.U. umbrella. 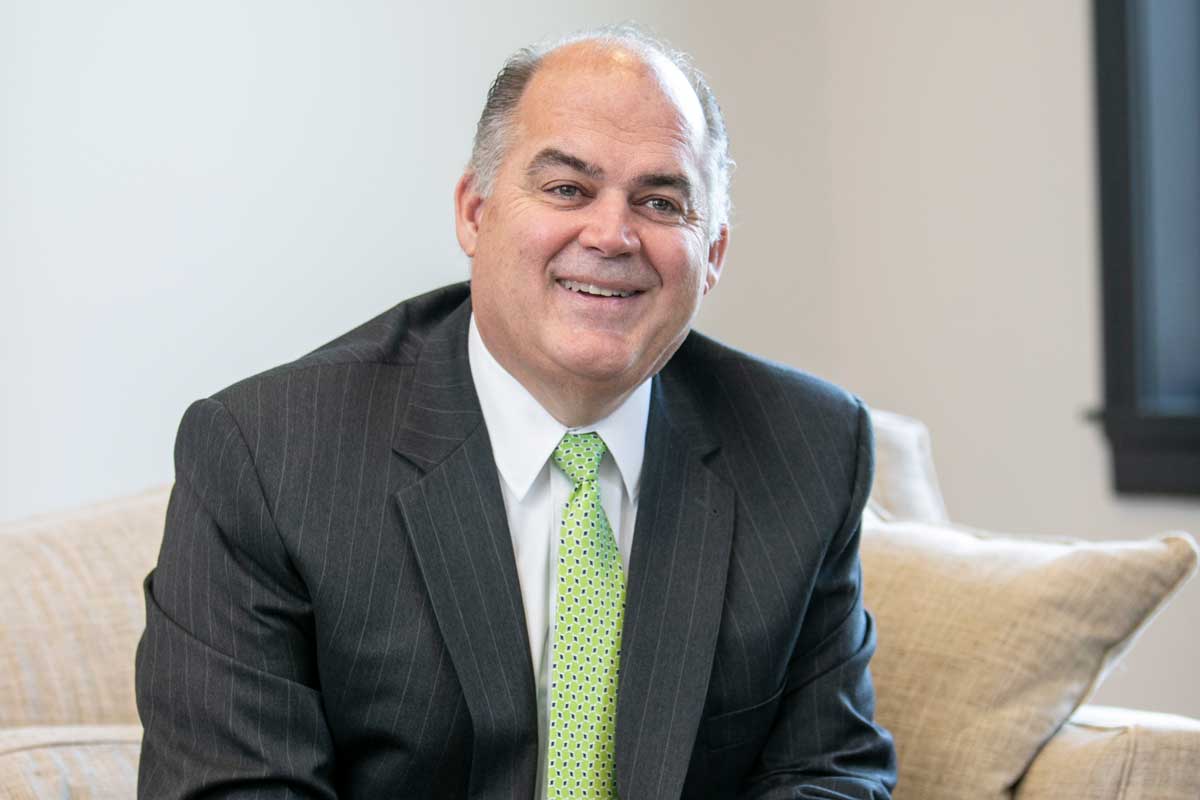 “At Bimbo, I focused on commercializing a new product or searching out new technology to launch a product into the market,” he said. “Here, I get involved in anything from customer management to pricing to engineering to strategy. I have a lot of hats here, and that makes this a unique experience.

“When I started in the industry more than 20 years ago, it was a ‘push’ marketing approach. A company would develop a product, put it on the shelf and hope it sold. If it did, we’d make more; if not, it got replaced. The business at The Bakery Cos. is more of a ‘pull.’ We go through a custom commercialization approach that encourages our customers to express exactly what they’re looking for and allows us to go to market with exactly what they want in the fastest way possible. We’re a solutions provider.”

For example, Mr. Maddox has worked not only on new product development but also packaging initiatives that evolved out of customer ideation sessions.

His experience at The Bakery Cos. has been diverse, mostly because it’s operated as a lean company … but all that could change. The company is on the cusp of growth through a recent partnership with Arbor Investments, a leader in food private equity, and bakery veterans George and Yianny Caparos. Lucky for everyone, Mr. Maddox doesn’t shy away from a good challenge.

“I’m not afraid of new opportunities,” he said, noting that his experience in manufacturing, engineering, product development and continuous improvement will lend itself well to streamlining the transition. “I love to be in the thick of things and develop solutions so I can help define new processes, practices and workflows. And when we’re in that steady state, I can really drive improvement.”

His willingness to take chances and diversify his experience has been a game changer for The Bakery Cos. And as the newly restructured company plans for exponential growth over the next several years, Mr. Maddox’s technical expertise will be key.

“We’re going to have a bigger company, and he’s playing a role in that,” Ms. Harrington said. “His strengths are highly technical, and his contributions, dedication and smart, thoughtful approach are invaluable.”

Those kinds of contributions start by being open to the possibilities.

“Marshall took a huge leap of faith when he left a powerful position to come work for our little company, and I will always be grateful for that,” she said.

Many things will keep a baker up at night — anything from the regulatory environment to the workforce gap — so Mr. Maddox believes in celebrating the windfalls, large and small.

The thrill of the win is what motivates him every day.

“Whether it’s a great round of golf or a fabulous day in the plant when you knocked the numbers out of the park, I’m motivated by that feeling because it sets you up for another win,” he said. “If a plant manager has a knockout day, you have to take the opportunity to recognize the accomplishment.”

When it comes to payouts, it doesn’t matter to Mr. Maddox that his wife, Nora, once held the record as the biggest winner in a single episode of Wheel of Fortune. In his opinion, he’s the one who hit the jackpot. In 30 years of marriage, she supported each opportunity and the relocations that often followed.

“She’s phenomenal,” he said. “I could not have a better partner in life. She’s all about making the best of what poker hand’s been dealt to her.”

And that attitude was passed down to their two daughters, Hannah, 26, and Tori, 18. With technology, social media and the power of positivity, the girls also embraced the moves and learned to take ­challenges head-on.

Today, the Maddoxes are comfortably settled into proximity of one another, Tori as a freshman at the University of Tennessee and Hannah as a registered nurse in Nashville. As luck would have it, Hannah’s roommate is a childhood friend from the family’s time in Chicago.

On the timeline of Mr. Maddox’s career, there have been many wins. And while he may consider himself lucky, he encourages early-career and future bakers to make their own good fortune by being open to possibilities.

“If early-career associates want to come in and put their head down, work hard and learn, they can become high-level contributors,” he said. “There are fabulous opportunities to make a name for yourself and define your future. All it takes is the desire to be successful.”

This article is an excerpt from the December 2019 issue of Baking & Snack. To read the entire feature on the 2019 Operations Executive of the Year, click here.