While macro trends influence all parts of the global baking industry, celebrating a local heritage still holds true throughout Europe as generations hand down their family recipes and regional favorites that have passed the test of time.

That’s certainly the case at Holmes Bakery in Craigavon, Northern Ireland, which produces an array of finger-cut desserts called Traybakes primarily because they come in a tray and are sold in such varieties as Caramel, Rocky Road and the classic treat called Fifteens — and for good reason.

“Way back in the old days, they crushed 15 digestive biscuits, cut 15 cherries and 15 marshmallows, and they put a little Carnation condensed milk into it, rolled it all together with coconut and put it into the fridge,” said Gillian Castles, account manager. “We make that in a much larger scale, but that is a true northern Irish favorite made year-round.”

This year, Holmes Bakery targeted the North American market by exhibiting at the 2019 International Dairy-Deli-Bakery Association’s (I.D.D.B.A.) annual show as part of a small contingent of wholesale bakeries seeking to export their signature sweets from Northern Ireland.

Holmes Bakery produces and supplies handcrafted biscuits, cakes and seasonal mince pies to retail outlets throughout the U.K., the Republic of Ireland and further on. On its web site, the company promotes itself as more than a bakery: “It’s a family tradition.”  As for its not-so-secret recipe, the company simply suggests that its online customers “fold in some local butter, add a touch of tradition and sprinkle in some skill.”

Ms. Castles said her family had been in the food catering business for years. However, they ventured into the commercial baking industry 10 years ago after purchasing Holmes Bakery, which originally was founded in 1937. The family recently closed its catering operation to focus on the baked foods market.

“The sandwich industry in Ireland is very cutthroat,” Ms. Castles explained. “Not that bakery is easy. We thought it was a better fit for our family. The product’s shelf life was longer. Costs are easier to control. It’s not as perishable, and we’re working with a much smaller menu and more controllable product line.” 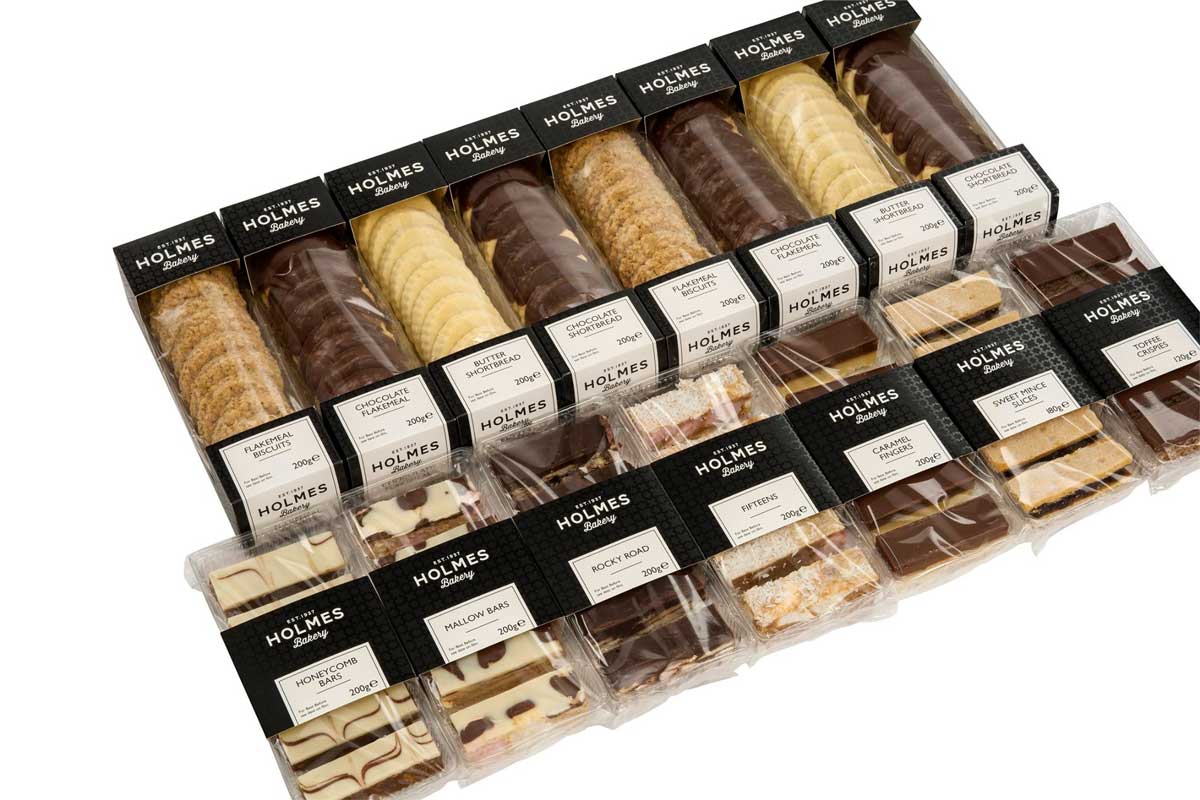 Sweet treats are big business in Northern Ireland and the surrounding region. In a March 2019 report on cakes, cake bars and sweet goods in the U.K., Mintel estimated the market grew by 7.4% over 2013-18, reaching £2.3 billion ($3 billion) in 2018. The research firm attributed the increase primarily to inflation, rising ingredients costs and the trend toward more premium products.

“The public health drive and the aging U.K. population will result in volume sales of cakes, cake bars and sweet baked goods remaining largely flat over 2018-23,” the report noted. “Meanwhile slowing growth in the number of children means that this factor will not provide as much support to the category as hitherto. However, ongoing inflation due to rising ingredients costs should mask the weak volume sales.”

As in other areas throughout the globe, cake and other sweet goods producers in the U.K. are facing public health pressure to reduce the amount of sugar, although with mixed results, according to Mintel. Moreover, increased competition from home baking, which is extremely popular in Northern Ireland and other parts of the U.K., has cut into retail sales.

That said, 9 out of 10 adults eat cakes, cake bars or sweet baked goods — and a good portion of them on a weekly basis. Consumers are willing to pay more for fresh-baked and premium-positioned products, which are driving supermarket in-store bakery sales. On the flipside, private label baked goods remain strong in the U.K., according to Mintel.

Exporting some of these traditional, homestyle treats was also a focus for Irwin’s Bakery, Portadown, Northern Ireland, said John Hopkins, sales and development director for the company. At the I.D.D.B.A. show, one of Northern Ireland’s largest independent bakeries featured packages of Jammy Joey’s, consisting of round balls of sponge-like cake covered in raspberry jam and coconut.

“Many recipes go back generations,” Mr. Hopkins said. “They still make the family favorites at home. Baking is still a part of the culture.”

However, he pointed out, mom-and-pop bakeries are not as prevalent as they were in the past.

“It used to be that every town had one or two, but the supermarkets, in-store bakeries and convenience stores with thaw-and-serve are everywhere now,” Mr. Hopkins said.