ARLINGTON, VA. — A panel at the annual Agricultural Outlook Forum drew on the expertise of three analysts to provide an understanding of the economic impact of the trade conflict with China, that country’s quest to diversify its trade partners and the evolution of its feed sector.

The Feb. 20 talk gathered experts from the U.S. Department of Agriculture, academia and the U.S. Embassy in Beijing to explain China’s background, stance and vision to several hundred attendees at the U.S.D.A.’s 96th annual convention at Crystal Gateway Marriott in Arlington.

Among those stressors that have made China an important global economic player are the fact that China’s per capita water availability is a mere quarter of the global average, effective arable land accounts for less than 9% of the world’s total, forcing it to import “virtual water” — calculated through the amount of water used to produce a product at its origin — to the tune of 286 billion cubic liters of virtual water.

Fred Gale, Ph.D., an economist with the Economic Research Service who has first-hand knowledge of the subject matter following numerous trips to China, detailed China’s push to establish an “agricultural silk road.”

The United States historically has been the largest supplier of agricultural imports to China at a mostly consistently 25% until 2018.

“For us, that’s a good thing, but for Chinese officials, that’s a bad thing,” Dr. Gale said. “They have a lot of anxiety worrying about becoming too dependent on one source for their imports.” 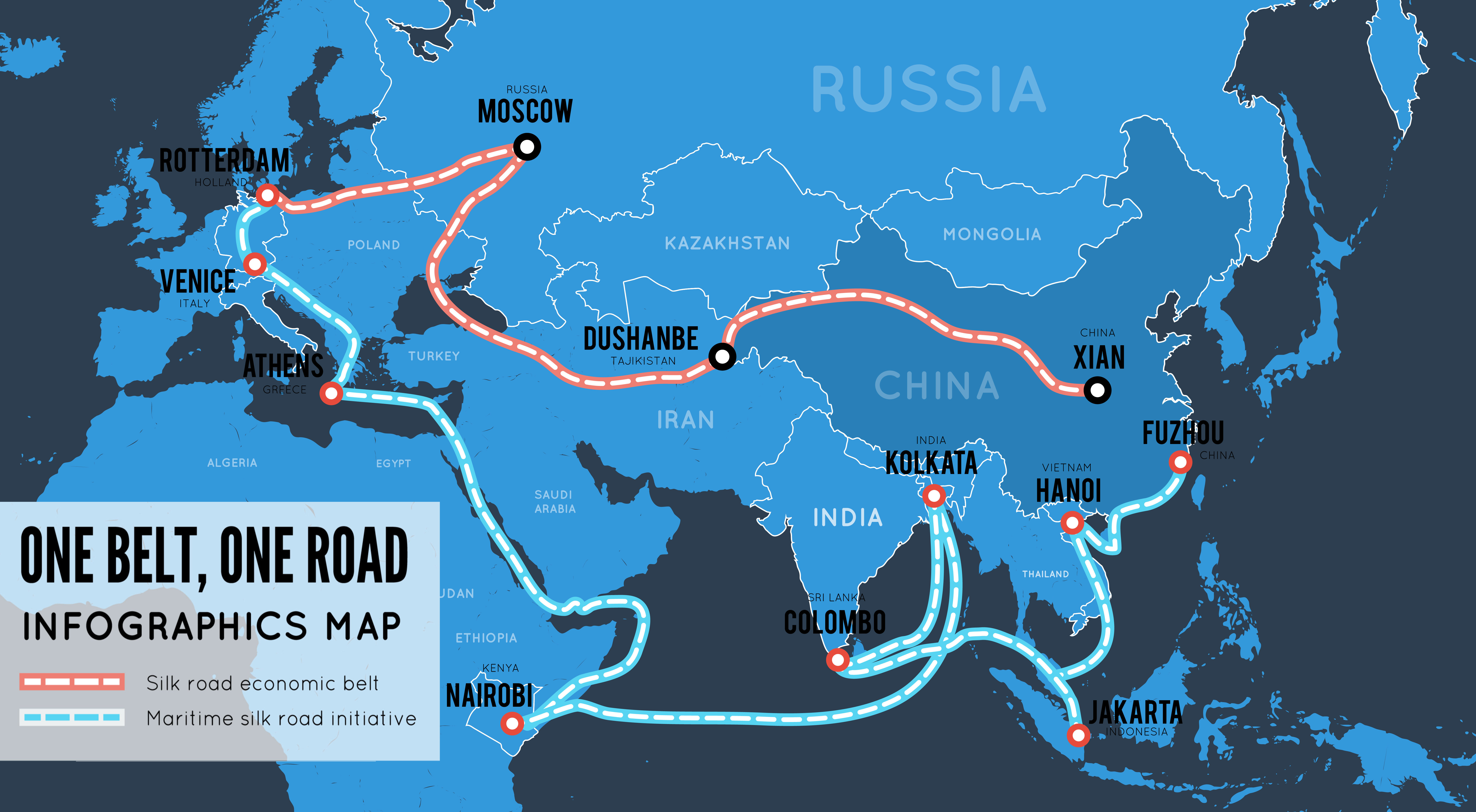 Thus, the “belt and road initiative,” the renewal of ancient westbound trade routes via the construction of dams, railroads, highways and ports to move exports. The signature initiative of China President Xi Jinping is cast as a revival of the historic silk road routes. The project will shift trade away from China’s east coast over the Pacific Ocean and toward the so-called “belt-and-road” countries. By China’s estimation, it will make trade more fair and inclusive, expand agricultural trade and diversify its sources.

Michael Ward of the U.S. Embassy in Beijing spoke of the considerable changes to China’s animal feed sector in recent years and the implications for U.S exports of feedstuffs. The onset of bilateral trade friction that saw China levy tariffs on U.S. feed products such as soybeans was quickly followed in 2018 by an outbreak of African swine fever. Adding to the market shock is the ongoing spread of coronavirus that has reduced China’s total feed demand and reduced total imports of soybeans, coarse grains and other feedstuffs.

Mr. Ward, in response to an audience question, said “At the end of the day, I believe purchasers are going to respond to market signals, and the U.S. has efficient, productive agricultural farmers and ranchers. We offer competitive prices so I believe that these commitments (in phase one) will come to fruition. And I believe because of the language (in the trade deal) that China is going to take measures necessary to implement phase one, whether that’s with a slight delay because of interceding factors. I believe they’re going to try and make good on it. And I think that’s going to be bullish for the U.S.”