Inspiration strikes anytime and sometimes in the most unlikely of places. By definition, it’s a wave of enthusiasm to express oneself in new and creative ways. It may come from an “aha” moment that sparks immediate action or a reflective discovery leading to a longer passage toward a “that-really-happened?” experience.

Bakers find such great fulfillment working with everything from ancient grains to donuts or, yes, even frozen dough, but what brings on this rush of inspiration in the first place?

Take Ciril Hitz, author, teacher and award-winning artisan baker and pastry chef, who discovered it while exploring the limits of introducing alternative grains into laminated doughs. He recently created a spelt pastry that played on the nutty undertone of the specialty grain in a dough filled with a hazelnut base and crumpled nuts used as a flavored topping.

Mr. Hitz scouts for inspiration on the internet, in everything he eats or through all that he sees when taking a leisurely walk.

“I look at the surface treatments that I find in nature, at the craft industry or at origami techniques, and I try to keep an open mind because that’s only going to start that initial journey,” explained Mr. Hitz, senior instructor, International Baking and Pastry Institute, Johnson & Wales University.

Rachel Wyman, owner of Montclair Bread Co. (MBC) who was named among the Top 25 Most Influential Bakers in the United States by bake magazine, uncovers inspiration from local farm and seasonal ingredients and incorporates them into her signature brioche donuts and other baked foods.

Recently, she noted that leftover fruit and caramel led to developing bananas foster donuts that “went gangbusters” at her Montclair, NJ, shop. To engage its customers, MBC finds creative ways to engage the local community through a “fueled by donuts” 5K run and celebrating all types of current events and holidays, including Harry Potter’s birthday with a special donut each year.

“At our bakery, we draw a lot of inspiration from pop culture,” Ms. Wyman explained.

Like Ms. Wyman and Mr. Hitz, Etai Baron, owner and chief executive officer of Izzio’s Artisan Bakery, Louisville, Colo., relies on minimal ingredients and extended fermentation. Even his father, who started a sandwich business in 1994, understood the value of time. An accountant who knew little about food, he would buy frozen dough sticks and let them retard overnight in a refrigerator before selling them.

“They were the most commercial of products that you could buy, but he figured out this simple trick to make bread a little bit better,” Mr. Baron recalled. “We believe true artisan bread should only be made with flour, water and salt. Second, it needs an ingredient that never makes it onto the label, and that’s time.”

Because inspiration comes in many forms, how do bakers harness the art of baking and make a living at it? On the flip side, how do successful commercial bakers incorporate a greater amount of passion into their products? Maybe an analogy might answer these questions.

Mr. Hitz pointed out that personal fulfillment doesn’t feed a family, but he encourages bakers to avoid compromising on what matters most to them.

“Don’t sell yourself out to something when your heart questions it,” he said. “As an artisan baker, the harsh reality is that it might satisfy the soul and heart but not always the pocket. I tell my students: You can be passionate. You can be excited, but in the end, you still have to pay the bills.” 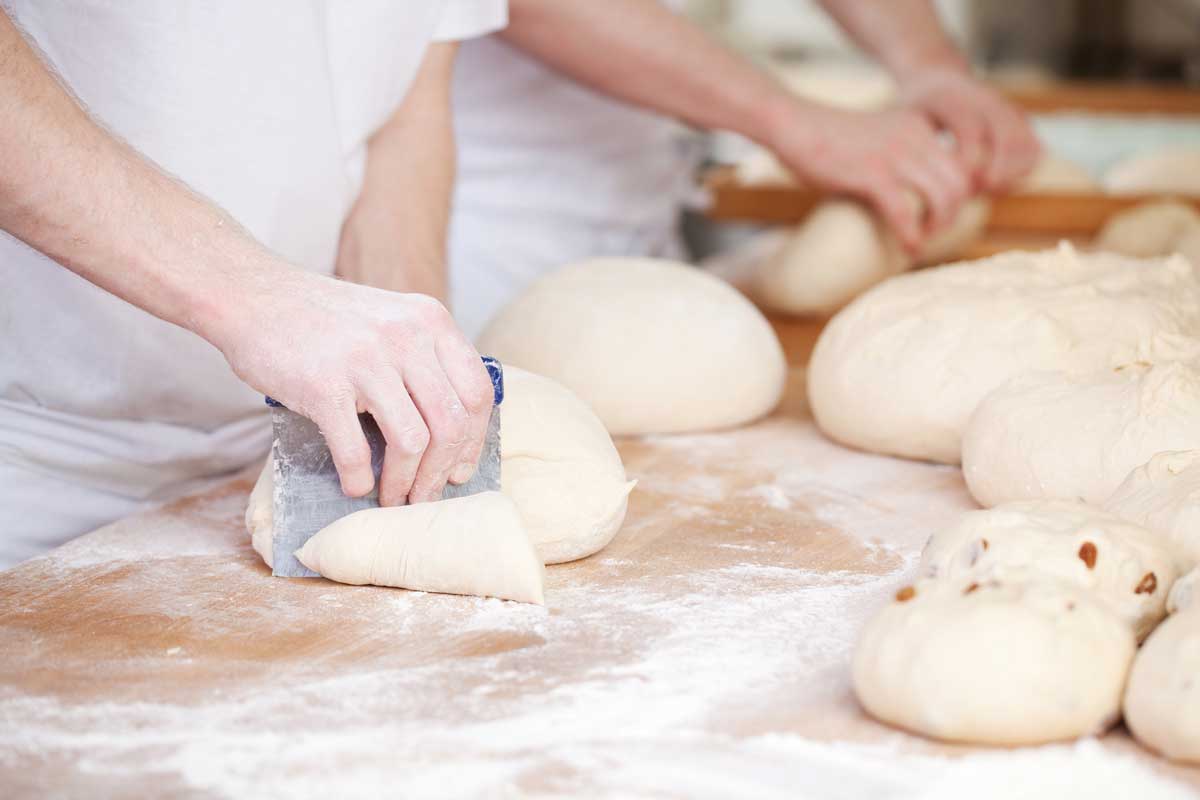 But let’s step aside from the classic artisan vs. commercial debate and delve into that world of competitive baking. Mr. Hitz has participated as a judge of many events and competed as part of the Bread Bakers Guild Team USA that captured the silver medal at the 2002 Coupe du Monde de la Boulangerie.

“We’re not driven by the limitations of cost analysis and what is applicable to a production run,” he said. “We’re more concerned about pushing an envelope and allowing our creative minds to run free.”

At such events, Mr. Hitz experiences artisan inspiration when a product or display triggers this idea of

“I wonder how they did this?” and “I want another one of these” that he just tasted.

“And as soon as I see that, I want to investigate and lift the journey of the competitor,” he observed.

From a more technical perspective, artisan baking is simply complex. Think about the formula with just a handful of ingredients that creates a classic bread with a mosaic of flavors through a natural process like bakers mastered 50 or 100 years ago.

“When we judge bread, the flavor of grains becomes the focus of it,” 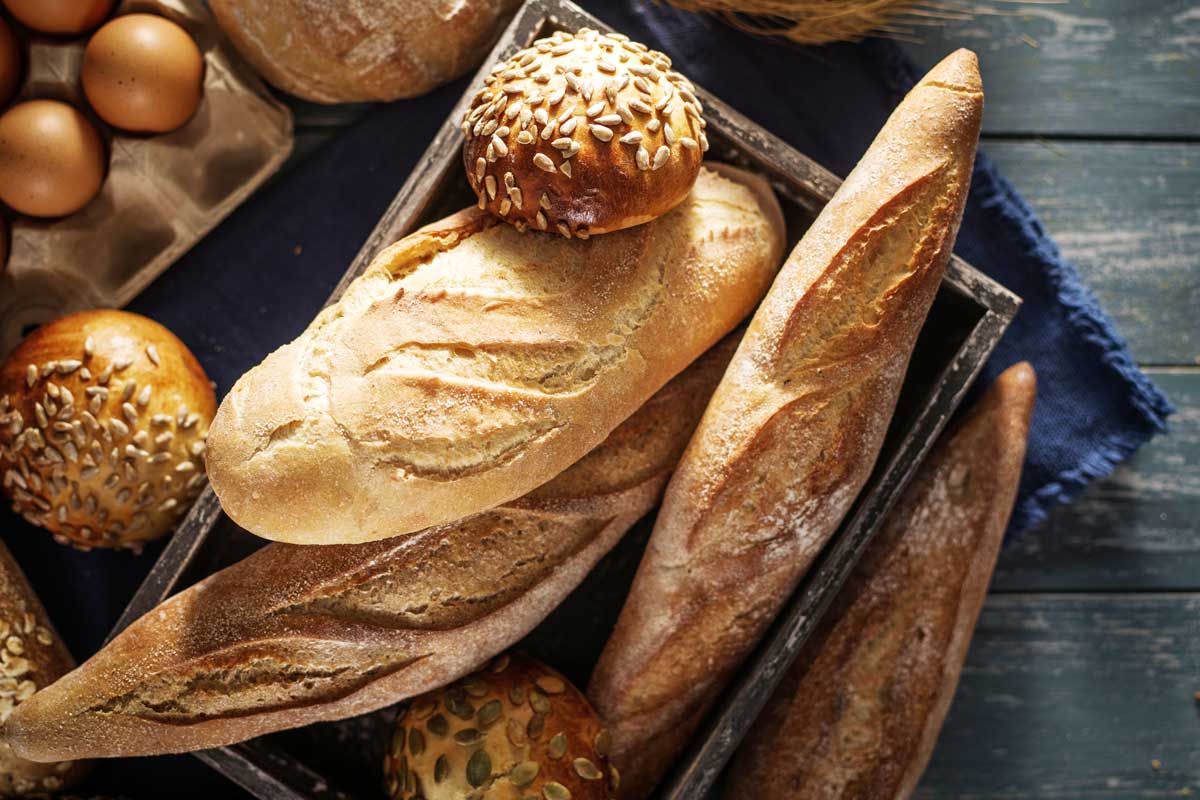 He compared new artisan breads to devising a better wheel that’s been around for centuries.

“It’s been invented. We’ve done it,” Mr. Hitz observed. “So how do you take the classic components and create something completely innovative?”

To answer that question, let’s step back into the real world where artisan inspiration for product development encounters process adaptation in commercial bakeries. Here is where simple formulas become really complex at Izzio’s, which supplies to the broader market ranging from local high-end restaurants and farmers markets to the largest retailers in the nation.

“Our contribution is we’re making breads that are more complex than the bakers who have come before us,” Mr. Baron said. “We’re bringing even more complexity to the flavors to create a better artisan bread.”

“We have starters ripening at different times; timing is always tricky,” Mr. Baron explained. “When you start one, you’re working 12 hours ahead. I’m doing something now hoping that it will be perfect 12 hours later for the next stage of its development. For us, a good day is when everything lines up perfectly.”

Fermentation times range from eight to 24 hours. Sometimes, one starter is used to inoculate another, adding more time to the process.

“We systematized and automated a complex starter system,” Mr. Baron said. “Because we’re doing one batch after another, the process is tricky. We spent years trying to get it right, and we’re hitting on all cylinders lately. At the end of the day, what matters is the amount of starter that goes into the final formula. That’s our signature.”

This article is an excerpt from the April 2020 issue of Baking & Snack. To read the entire feature on artisan inspiration, click here.