We use cookies to provide you with a better experience. By continuing to browse the site you are agreeing to our use of cookies in accordance with our Cookie Policy.
Home » Australian farmers harvest record wheat crop

CANBERRA, AUSTRALIA — Australian farmers have harvested their largest-ever wheat crop, according to the latest crop report issued by the Australian Bureau of Agricultural and Resource Economics and Sciences issued Feb. 16. ABARES estimated the 2020-21 Australian wheat crop at 33,337,000 tonnes, up 18,172,000 tonnes, or 120%, from the drought-reduced 2019-20 outturn of 15,165,000 tonnes.

“Harvesting of winter crops (including wheat) is now largely complete,” ABARES said in commentary accompanying its crop report. “National production is estimated to have increased 89% in 2020-21 to 55.2 million tonnes, 7.4% higher than the forecast presented in the December 2020 edition of the 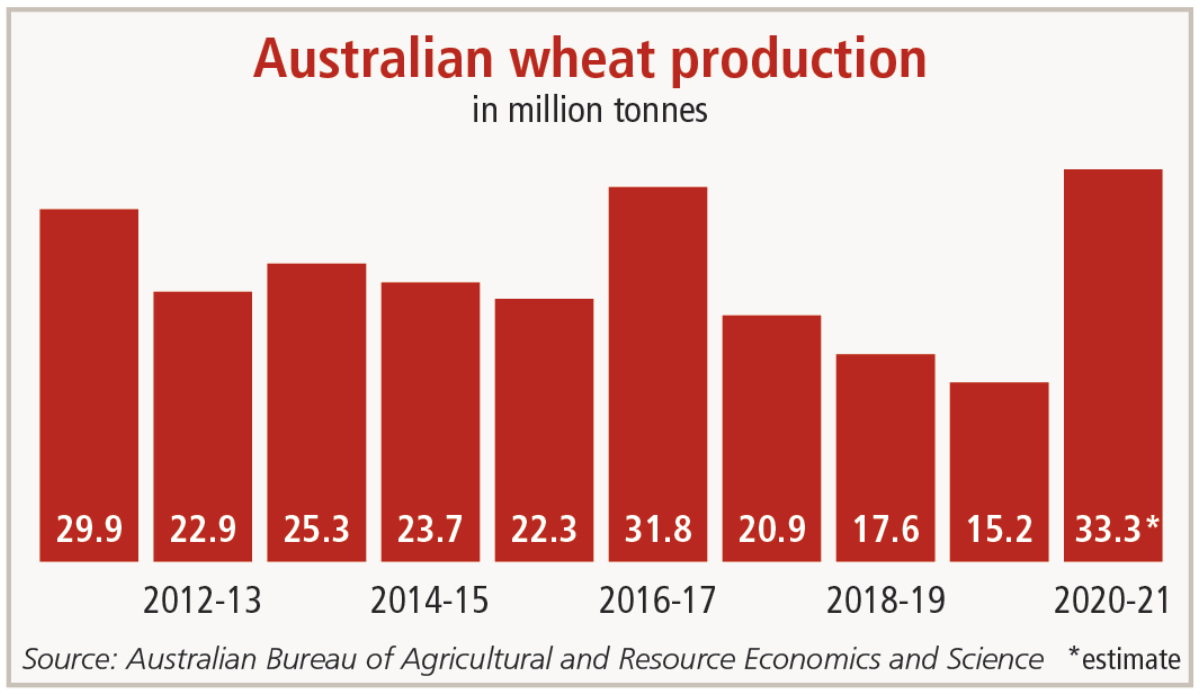 The higher estimate for 2020-21 wheat production will be reflected in the March US Department of Agriculture World Agricultural Supply and Demand Estimates report, which will be issued on March 9.