We use cookies to provide you with a better experience. By continuing to browse the site you are agreeing to our use of cookies in accordance with our Cookie Policy.
Skip To Content
Home » McMullian emphasizes urgent need for Flowers to evolve further

THOMASVILLE, GA. — Viewed from any number of perspectives, Flowers Foods, Inc. is unrecognizable from the past, the company’s top executive said. While proud of Flowers’ long tradition as a major commercial supplier of fresh bread and snack cakes, A. Ryals McMullian, president and chief executive officer, said in an interview that entirely new approaches are needed for Flowers’ success in the years ahead.

“Our company is nothing like it was when it first started or when it went public or what it was like in the 1980s or even just five or six years ago,” Mr. McMullian said in an interview conducted in March in Tallahassee, Fla.

The interview was Mr. McMullian’s first since he became the seventh CEO in Flowers’ 103-year history. To be published by Milling & Baking News in a series, the candid and insight-filled exchange details changes undertaken or planned for the company, offers background on the Flowers CEO and shares the story of how Flowers landed Dave’s Killer Bread in 2015, a transformational acquisition for the company. Addressed in the interview is the status of the company’s four strategic pillars of building its brands, building its leadership team, increasing efficiencies and growing through mergers and acquisitions.

President and CEO since May 2019, Mr. McMullian offered a big picture view on how change has unfolded at the Thomasville, Ga.-based company. He said the catalyst for change was a conclusion reached by management in the mid-2010s that a playbook for growth followed from the 1970s through the first 15 years of the 2000s had run its course.

“For a large part of Flowers’ history, growth was generated by geographic expansion,” he said. “As you know, we’ve done about 115 acquisitions. Most of that was buying that next family-owned bakery and expanding our geographic territory from Thomasville. That was the growth strategy for a long time and it was very effective.” 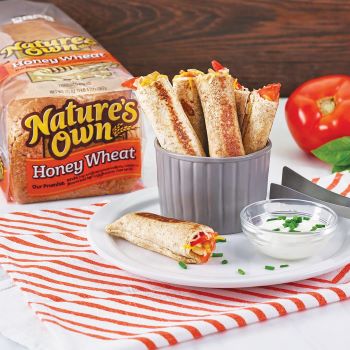 Once acquiring the various bakeries, Flowers generally continued selling locally the regional brands acquired in the transactions while adding Flowers’ Nature’s Own brand to direct-store delivery routes. The strategy proved successful over time, leading Nature’s Own to become the best-selling brand of variety bread in the United States. Mr. McMullian said this description, while accurate, did not paint a complete picture of what happened following acquisitions. While a great success in hindsight, Nature’s Own took longer to gain traction in many markets than generally may be appreciated.

“Nature’s Own was introduced in 1977, and when you went into a new market, nobody knew what Nature’s Own was,” he said. “So, to keep these plants full, we took on foodservice business and private label business while we built awareness for Nature’s Own.”

Mr. McMullian said just as the gradual growth of Nature’s Own is part of the legacy of Flowers’ geographic expansion, so was the growth of foodservice and private label business.

“The point is you had to take on some of that unit volume to cover your overhead,” he said.

Moving away from the reliance on low-margin, commoditized business and focusing instead on national brands is “the centerpiece of our strategy today,” he added.

Transitioning to this new approach has not been easy.

“We had to change a lot of mindsets and established thinking to get there,” he said. “By the way, this is not a criticism (of the earlier approach) because it was the right thing to do at the time.”

Over time, though, focusing on unit volume without regard to the value of that volume is a losing proposition, Mr. McMullian said. 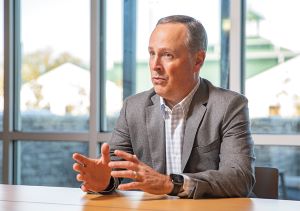 A. Ryals McMullian“If you’re selling cheap, you’re not going to make money,” he said. “Because at the end of the day, as somebody I know very well used to say, we’re actually not in business to make bread. We’re in business to make money. We’re a public company and are beholden to shareholders to make money and maximize shareholder value. Now in between that we make a quality product that consumers and we can be proud of. But we must make a profit for shareholders. Our branded business is where we make most of our margin. The difference between yesterday and today also is that we have a portfolio of No. 1 brands, Nature’s Own, Canyon and Dave’s Killer Bread are all No. 1 in their segments. Dave’s has a 70% market share of the organic space. Canyon is around 35% of the gluten-free segment. They went from No. 4 at the time we acquired them to the category leader today.”

Despite difficult trends in bread volume over the past year, Mr. McMullian said innovation in recent years in the bread category leaves him optimistic about the outlook. He contrasted current innovation with an extended period in which few interesting new products were being introduced.

“I do think that for a long time those of us who compete in the traditional loaf segment were just trading unit share back and forth, and nobody was really doing anything innovative,” he said. “No one was bringing the customer something new and different — flavor profiles, shapes, dayparts, whatever it might be. I think that’s starting to change. Others have done it and I think we’ve done it with Dave’s. I think we’ve also done it with Canyon and (Nature’s Own) Perfectly Crafted. The retailers who I talk to are clamoring for innovation. It’s the first and last thing that comes up in every meeting we have. ‘Bring us more innovation.’ And so that’s why we’re intent on investing heavily in it.”

Consumer reaction to innovation may leave stalwart varieties in a diminished position relative to the past, Mr. McMullian said.

“When you have the opportunity to enjoy a Perfectly Crafted loaf or a loaf of Dave’s Killer Bread, do you really want 100% whole wheat every day?” he said. “So I think what you’re going to see over time is a kind of a continued migration away from that traditional loaf area into these specialty segments. 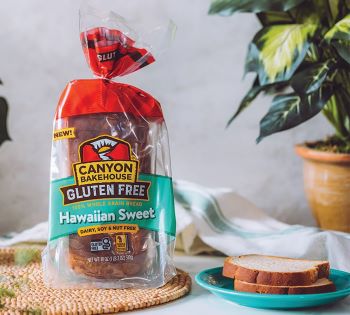 Canyon Bakehouse, Dave's Killer Bread
and Nature's Own are all the top selling brands
in their brand segments.

“Consumption patterns have been decreasing in the overall traditional loaf bread category... And so, if a company does not evolve with the environment around them, it’s eventually going to cease to be relevant. That might not happen tomorrow. It might not happen a decade from now, but eventually it’s going to come.

“We still have private label. We still have foodservice. They are important parts of our business. But they’re supporting parts. The primary thrust is not to keep our plants full of any volume. The primary focus is keep the plants full of as much branded volume as we can. And we have some bakeries that do that today. They have almost no private label.”

While super premium bread commands the highest retail prices, such brands in the past have not always generated the highest margins, either because of lower volumes, higher return rates or other impediments. At Flowers, as its highest priced brands have gained market share, margins for both Dave’s Killer Bread and Canyon Bakehouse have risen near the top of what Flowers generates, Mr. McMullian said.

“It wasn’t the case in the beginning because Dave’s was not known very well outside the West Coast,” he said. “They would distribute frozen to Costco. But in Thomasville, Ga., or Tallahassee, Fla., very few consumers knew about Dave’s, even if they were regular purchasers of other organic and non-GMO products. So in the beginning we were running really high stale. That’s not the case anymore. It is right on par with Nature’s Own. Now maybe a bit higher. Canyon is actually the highest margin brand in our portfolio.”

Also in the mid-2010s was the 2014 Hostess bankruptcy, described by Mr. McMullian as a “watershed moment” for Flowers and the industry. 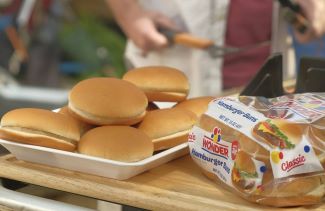 The 2014 Hostess bankruptcy was a "watershed moment" for Flowers and the industry.

“It gave us a national white bread and bun brand in Wonder,” he said. “It affected the industry more than anything else because it took out all that excess capacity. What was fascinating about it is Hostess disappeared from the market overnight. And the industry absorbed all the capacity, which had created inherent inefficiencies in the industry.”

Much of the change instituted at Flowers in recent years emanated from Project Centennial, a restructuring initiative launched in 2016. The initiative developed a strategic plan and reorganized — centralized — the company’s management structure.

While mergers and acquisitions remain a top strategic priority for Flowers, Mr. McMullian said “it’s been pretty quiet on that front” since the company’s 2018 acquisition of Canyon Bakehouse.

“Let me rephrase that,” he added. “It’s been quiet as far as us actually doing a transaction. It has not been quiet as far as us looking at candidates. We’ve looked at least a dozen over that time frame. Some more in depth than others, but for one reason or another they just haven’t worked out. And what you’ll hear me say repeatedly, and I’ll say it again now is that it is imperative we have commercial, operational and financial conviction to do a deal. There are plenty of deals to be had out there, and we have plenty of money to do them. Our balance sheet is pristine. We’ve got plenty of dry powder to do any deal that we want to. It’s the bad deal that you do that can really hurt you.”