THOMASVILLE, GA. — Heeth Varnedoe, chief transformation officer of Flowers Foods, Inc., has been named chief operating officer, effective Jan. 1, 2023.  As COO, Mr. Varnedoe will succeed Bradley K. Alexander, who will retire at the end of this year after 41 years with the company. 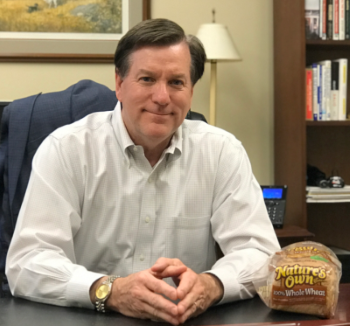 Bradley K. Alexander will retire at the end of this year after 41 years with the company.

Mr. Varnedoe has been chief transformation officer since January 2021. The position was a newly-created role giving Mr. Varnedoe oversight of cross-functional initiatives focused on the company’s long-term strategic plans. His initial assignment as CTO was the company’s digital and enterprise resource planning initiative. Before his promotion to CTO he was he was senior vice president of DSD regions/sales since 2017.

“In several key roles at Flowers, Heeth has consistently demonstrated his superior business acumen and in-depth understanding of our company’s operations,” said A. Ryals McMullian, president and chief executive officer. “Given his proven leadership skills, I have every confidence he will do an outstanding job as we continue our digital transformation efforts while remaining focused on serving the needs of our consumers.”

A graduate of Presbyterian College, South Clinton, SC, he holds a bachelor’s degree in business administration and history. Mr. Varnedoe’s father, the late Heeth Varnedoe III, spent his 37-year career with Flowers, holding the position of president and COO of the company.

Mr. Alexander has been COO for three years and before that was president of Flowers’ Fresh Packaged Bread Business Unit beginning in 2017. He joined Flowers in 1981 and has held positions in sales, operations and marketing, including bakery president, regional vice president and president of Flowers Bakeries. Before that he was executive vice-president and COO for three years. A native of Thomasville, Mr. Alexander is a graduate of the University of Georgia, Athens. Earlier this year he completed a term as chairman of the American Bakers Association.

“I wish to express my deep appreciation to Brad for his service to our company,” Mr. McMullian said. “His many contributions to the sales, operations, and marketing functions of Flowers have been instrumental to many of our company’s successes, and we have benefitted greatly from his extensive knowledge of the industry and steadfast leadership. We wish him the very best in his retirement.”