We use cookies to provide you with a better experience. By continuing to browse the site you are agreeing to our use of cookies in accordance with our Cookie Policy.
Skip To Content
Home » Pro Tip: Using alternative yeasts to create sourdough

Pro Tip: Acknowledging the differences between Baker’s yeast and commercial yeast can help bakers in their quest to bake the perfect sourdough.

Bread fermentation is the most important process in a bakery. It is the science behind combining flour, water, salt and yeast to produce a dough that’s ready for the oven.

Saccharomyces cerevisiae (also known as “Baker's Yeast” or “Brewer's Yeast”) is a unicellular fungus serving as a leavening agent that causes bread to rise (expand and become lighter and softer) by converting the fermentable sugars present in the dough into carbon dioxide and ethanol.

Most commercial bakeries today use either one or two different types of yeast for their production.

Baker’s yeast usually comes in different forms: dry, fresh or liquid. Commercial yeast is manufactured in all three forms under specific conditions and is functionally designed to help breads rise quickly and easily. More than 1,500 species of yeast exist in the natural environment. Commercial yeast is specifically modified to enable consistent and reliable results.

This type of yeast is often called rapid rise and is probably the most common type of yeast used by home bakers. The texture is fine and with small granules, which can be mixed directly into dough, and does not need to be bloomed.

This type of yeast is a little grainier than instant yeast and must be activated in water or milk before it is used in a recipe.

Also known as cake yeast, fresh yeast is sold in blocks, which must be kept refrigerated. It is not dehydrated like the two other types of yeast mentioned previously.

Liquid yeast is delivered in bulk in tankers, inside which the product flows freely in a continual loop to prevent any stagnation in the process. The consistency of the product is maintained by agitating the deposits at the bottom of the tanks.

Sourdough, or levain, on the other hand is composed of a natural microbiota, developed from cereal flour, most often naturally present in wheat or rye flour, or found on the skin of grapes or the bark of tress. A sourdough consists of wild yeasts and lactic acid bacteria that will acidify the dough and allow the activation of many hydrolytic enzymes, which can increase the digestibility of bread.

In contrast to Baker’s yeast, the lactic acid bacteria present in a wild yeast are not optimized when used with white flour; the wild yeast becomes acidic too quickly because of the low number of minerals or ash present in white flour in order to neutralize the pH. Baker’s yeast works well and fast with refined flours and in a straight dough process but has a tendency to stale faster in lean dough formulation, while the area of sourdough baking is extremely vast since it can ferment all types of whole flours and seeds. 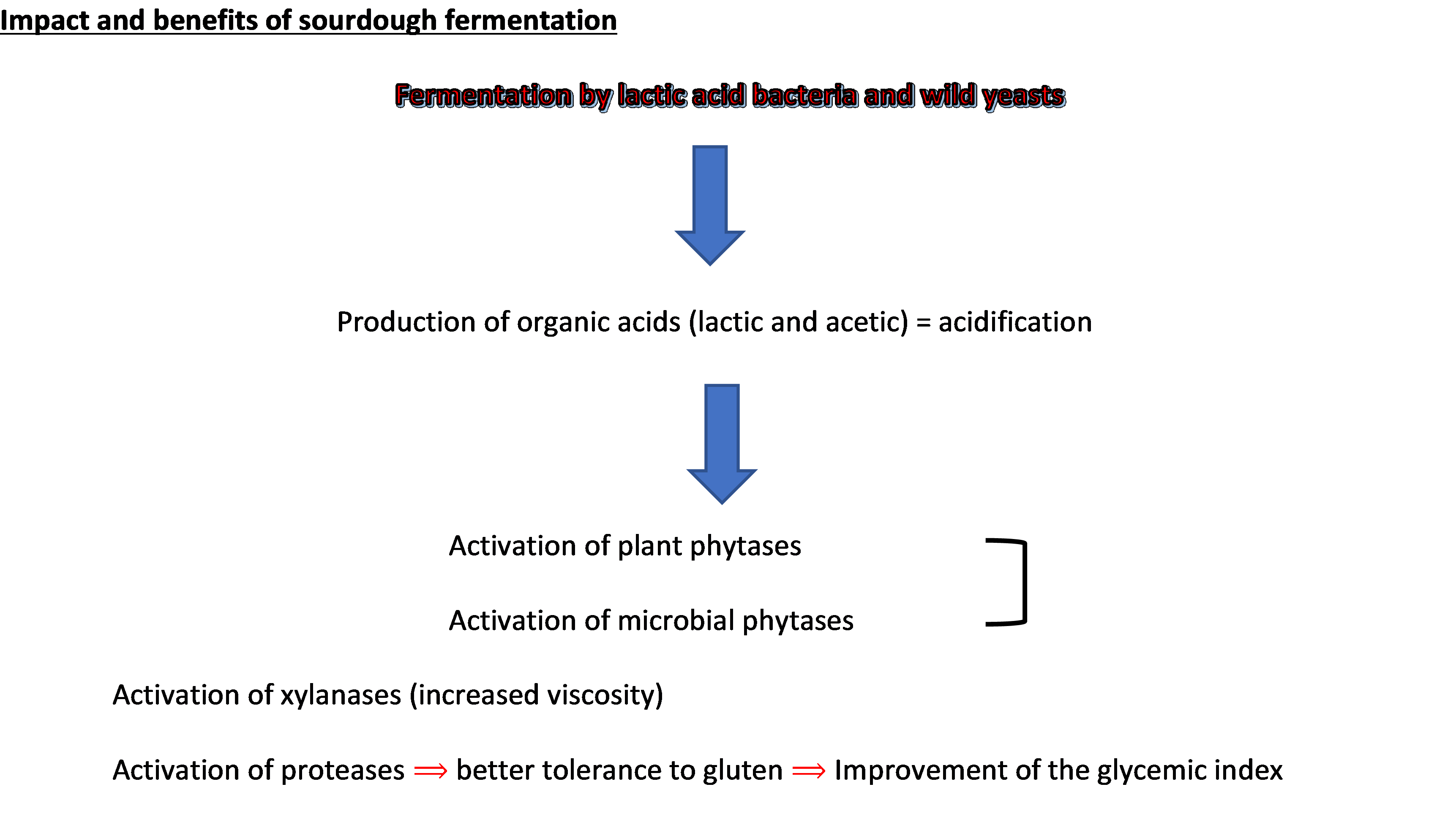 Although sourdough fermentation has extra benefits over traditional yeast fermentation, the challenge in sourdough scale up is having a very good controlled environment, but with the strong interests in sourdough breads, there are lots of companies offering innovative solutions.

Since both Baker’s yeast and sourdough fermentation perform the same functions, commercial yeast is far more reliable than a sourdough culture, and even though a sourdough culture comes with many benefits listed above, it requires a lot more control over variables such as temperature. It also ferments slower and needs more care and training to achieve its full benefits.

Richard Charpentier is a classically trained French baker, CMB, holds a degree in baking science from Kansas State University, and is owner and chief executive officer of Baking Innovation. Connect with him on LinkedIn.