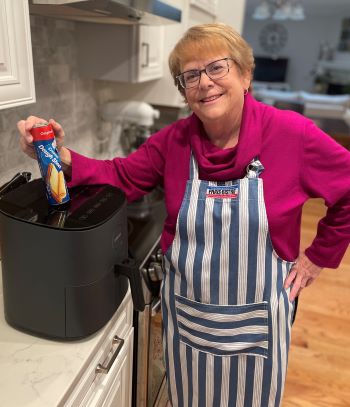 MINNEAPOLIS – Laurie McKenna of Fairfield, Ohio, won the 51st Pillsbury Bake-Off contest for her Greek-inspired recipe, air fryer crescent Greek nachos. She will receive $50,000, and General Mills, Inc. will make a $50,000 donation to her selected charity, No Kid Hungry, an organization that fights child hunger in the United States.

Ms. McKenna said she drew inspiration after having nachos at a Greek restaurant. The winning entry was made with Pillsbury original crescent dough in the tortilla chip base. The chips were topped with feta cheese, tomatoes, cucumbers, red onions, dill weed and Greek seasoning.