We use cookies to provide you with a better experience. By continuing to browse the site you are agreeing to our use of cookies in accordance with our Cookie Policy.
Skip To Content
Home » ADM Ventures investing in its vision of the future

ADM Ventures investing in its vision of the future

CHICAGO — The future of food and beverage innovation may run through the myriad venture capital investment groups seeking to launch and scale potentially disruptive technologies and services. For ADM Ventures, the venture capital arm of ADM, Chicago, the future of food may emerge from six broad categories, including alternative protein, human nutrition, health and wellness and the microbiome, animal nutrition, sustainability and biomaterials, and agriculture technologies.

“One of the first focus areas for ADM Ventures was alternative proteins,” said Darren Streiler, vice president of venture capital. “ADM has an over 75-year history in plant-based proteins, but ADM Ventures was charged with looking beyond ADM's business in plant proteins.

“We are looking at new ways to manufacture proteins. What is disruptive about some of these technologies is it is changing how protein is being manufactured. Instead of relying on livestock and animals, you can have a very small manufacturing footprint in any country. I think Singapore is a good example. You can establish protein factories in such a small area.”

The focus on alternative proteins led the group to invest in a cross-section of companies vying for funding and scale, including Air Protein, Believer Meats (formerly Future Meat), Geltor, Nature’s Fynd and Perfect Day. Recently, ADM Ventures has shifted its focus toward the other five categories.

“Where we've been most active lately is in health and wellness in and around the microbiome, and pet nutrition,” Mr. Streiler said.

Recent investments include Bond Pet Foods, Boulder, Colo., which raised $17.5 million in a Series A round, and Innovafeed, Paris, a processor and supplier of insects for use in animal and plant nutrition that raised $250 million in a Series D round. Both were announced in September 2022.

When considering investments, ADM Ventures takes a variety of topics into consideration regarding personnel and technologies. 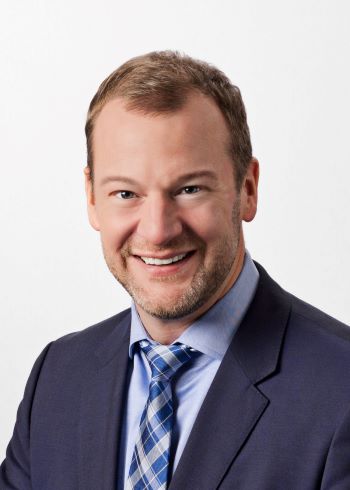 “No. 1 is passion,” Mr. Streiler said about what he looks for in founders. “These folks go through some time where its fits and starts. There is not going to be hockey stick growth. They need to be passionate and knowledgeable about the industry they are going into.

“Then there is the question of product fit. What is the market demanding? What niche areas can they find? Where can they begin selling and executing? That is where you see a lot of creativity come in.”

When evaluating the potential of a technology or service, a key question is what impact will it have?

“Disruptive is an idea, product or service that helps to solve a problem in new ways; it makes meaningful change,” Mr. Streiler said. “In order to disrupt the market, you have to find that niche.”

Startup founders must also be willing to work with ADM.

“First and foremost, it is a mandatory requirement that we collaborate with all of our startups,” Mr. Streiler said. “We're trying to drive results. We use our extensive network and assets in ingredients and services to leverage that to help these startups go to market much faster than they would.”

An example is New Culture, San Leandro, Calif., a producer of animal-free casein and mozzarella that raised $25 million in a Series A funding round in November 2021 that ADM Ventures participated. Less than a year later the two companies entered into a partnership to advance the development and commercialization of New Culture’s products.

“We’re working toward accelerating New Culture’s foodservice and consumer applications with the support of our global product development and flavor resources, further accelerating technical capabilities to make plant-based cheese alternatives more delicious and accessible for consumers,” Mr. Streiler said. “The addition of New Culture’s casein enables their animal-free cheese to stretch and melt, something that’s never successfully been done before with alternative cheeses.”

He added that ADM is the “largest fermentation player in North America” and New Culture now has access to ADM’s scale to increase its alternative casein production.

“We have a lot of assets to move from pilot to scale,” Mr. Streiler said. “New Culture is a wonderful example of how we leverage existing assets to develop a novel technology. They have figured out how to make casein with precision fermentation. We are helping them reach full scale production much quicker. These assets are very expensive to manufacture and build. We have those assets.”

Mr. Streiler has been in his role with ADM since 2018 and has worked with numerous startups. In his experience, he has learned what some of the most difficult challenges are to bring a food technology concept to market. One is finding someone adept at working with the Food and Drug Administration and understands the regulatory process.

“A regulatory resource is hard to come by,” he said. “There is a shortage of people who know how to bring novel ingredients through FDA. They are expensive to hire and in short supply. We recommend consultants to help them.”

Another area is adding scale.

“It is a skill to take something that is in a pilot to full scale commercial production, particularly for food ingredients,” Mr. Streiler said. “That's our core business and it's something startups can tap in to.”

Choosing where to make investments can be more art than science. There are numerous factors that go into the decision-making process. Mr. Streiler said one advantage ADM Ventures has is access to the company’s Outside Voices market research.

“We do heavily rely on them for the current and future trends,” he said. “We leverage that group to understand consumer behaviors. That knowledge helps to shape our investments.

“We can go back to alternative protein. We saw this trend forming much earlier because of our place in the market. Groups like (Outside Voices) helped us understand where we should be focusing.”