Whether buying tortilla chips to accompany homemade salsa or as a last-minute contribution, consumers don’t want to show up empty-handed at a Super Bowl party. According to SNAC International, only the Fourth of July can compete with the sporting event in terms sales and consumption.

Data from the organization and research firm Information Resources, Inc. show that snack purchases for the game continue to increase, with sales rising from more than $370 million in 2017 to more than $387 million in 2018.

The top-selling categories during the week of the Super Bowl were potato chips ($119 million), tortilla chips ($107 million) and other salted snacks that did not include nuts ($66 million). 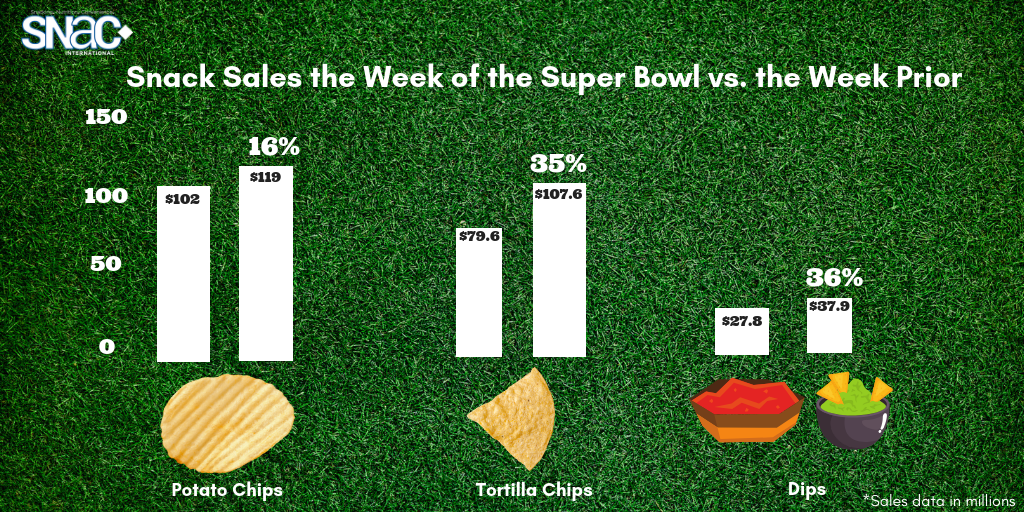 To get a feel for 2019’s top Super Bowl snacks, Frito-Lay North America released its inaugural U.S. Snack Index. The poll asked more than 2,200 consumers what they plan to eat during the game.

According to the research, more than half of the respondents have a “no-fuss attitude” when it comes to Super Bowl snacks and prefer simple recipes.

When it comes to flavor, spicy and cheesy snacks are most favored by Gen Z and millennials while other generations prefer classic varieties.

Underscoring the importance of camera-ready snacks, the data also noted that more than one-third of consumers plan to share photos of their food on social media.