Wheat is wheat. Or is it? Following the progression of wine, beer, cheese and other craft industries, American bakers are busy introducing craft bread baked with organic flour from local wheats. Varieties with names like Turkey Red, Red Fife, Rouge de Bourdeaux, Marquis, Warthog, Elgin, Pristine, Redeemer, Expresso, Blanca Grande and Patron are part of the new language spoken between local farmers and craft bakers seeking to differentiate. Some wheats are heritage, others are modern varieties — grown locally. Each brings a distinct flavor.

As one may guess, challenges are popping up in most every direction. Craft bakers can pay $1 to $2 a lb or more for local heritage grains and, in increasing numbers, some prominent bakers mill grain using their own stone mill on-site.

“Growing heritage grain doesn’t always work well for farmers,” said Nicky Giusto, a fourth-generation miller and baker with Central Milling, based in Logan, Utah. “This is something that some bakers overlook. Some older varieties just do not yield enough per acre (depending on the growing year and skill level of the farmer) to allow the farmer to pay his or her bills. I’ve seen (and bought) grain sold by a local farmer (within 20 miles) for over $2 a lb. At that rate, a 350-gram whole grain baguette would ring in at just under $8. I spoke to the farmer and $2 per lb is what this farmer needed to pay their bills. I’m no economist, but I’m pretty sure an $8 baguette is beyond the reach of the average bread eater.”

Still, he understands and appreciates the passion of any baker who aspires to bake great bread. Mr. Giusto is not only a miller. He represented Bread Bakers Guild Team USA at the Coupe du Monde de la Boulangerie (Bakery World Cup) in 2016 and spends countless hours holding workshops for bakers of all levels.

“I believe reviving local grain economies is essential to creating diversity with what types of wheat are available,” he said. “If small regional farms are not supported, then it will be a matter of time until large growers — mainly farmers farming exclusively for the big mills — maintain a smaller pool of higher yielding varieties of wheat that may not perform as well in the bakery. However, I think the term local needs to be defined.” 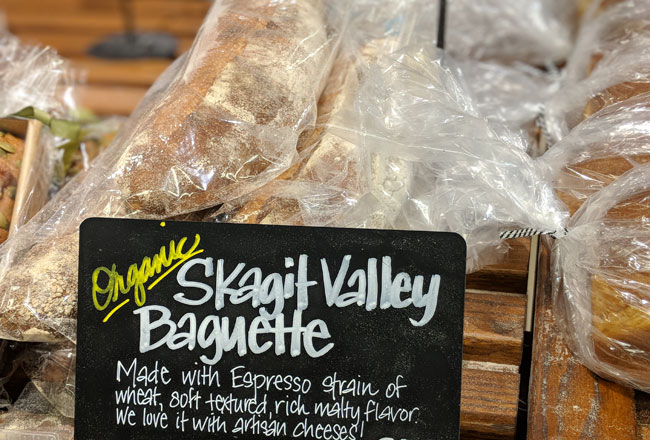 The craft bread industry stands at a bit of a crossroads. As bakers await supplies of local grains to increase, and prices to come down, the local farmer and local baker need to find one another. A farmer can’t afford the risk of growing significant acres of heritage or local wheat if they don’t have a commitment from a customer who will buy it. And bakers must be careful of inconsistencies, particularly if they mill their own flour.

For those like Mike Zakowski, one of the nation’s leading craft bakers and owner of The Bejkr in Sonoma, Calif., the challenge is worth every ounce of effort. He is among those happily standing in front of the line in this local grain revolution.

“I believe the taste and nutrition of the freshly milled flour is no comparison to milled bag flour,” he said. “The advantage to this is supporting the local grain movement. Also, it is telling a story about where the grain is grown. The cons are, the local grain is not always that great, as some of the farmers are new to growing and may not grow the right grain for the location. A lot of them don’t have the grain tested, and the cost is significantly increased because of infrastructure (harvesting equipment, cleaning facility and storage).”

Despite these challenges, Mr. Zakowski is excited about what lies ahead.

“Wheat seems like the last frontier in our food system because of the centralizing of the milling so long ago, although it’s one of the oldest commodities and hasn’t been given much thought about having unique flavors until now,” he said. “I think this whole movement is great and a natural progression back to the way things have been done before industrialization and centralization of our wheat here in the U.S. Being a baker for 25 years and seeing the beautiful local, ancient, peasant, heirloom, heritage wheat available today is wonderful, challenging and fun.” 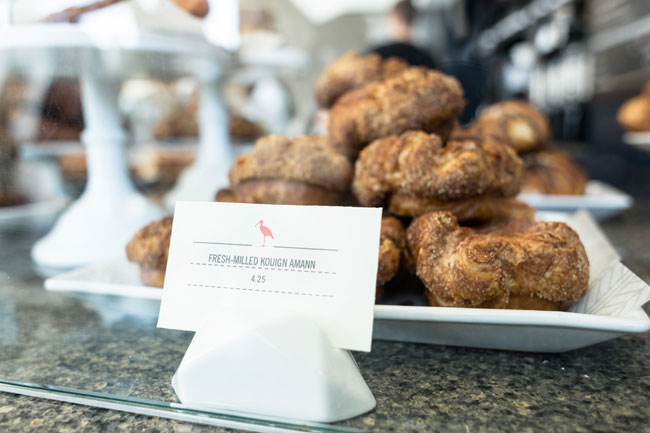 America’s attack on bread a few years back led to curious reactions. In some corners, bakers cried nonsense when consumers targeted gluten (the vital protein in wheat and rye that gives dough its extensibility) as the enemy. If an estimated 1% of the population suffers from celiac disease (treatment of which requires a complete gluten-free diet), then how does one explain the number of Americans going gluten-free tripling in the past decade? Scores of enterprisers jumped on the gluten-free bandwagon to create new products that appeal to this emerging market. Others took to serious defense of bread the way it is. The Bread Bakers Guild of America adopted the hashtag #InGlutenWeTrust. Still others, young minds with big dreams, envisioned changing the world, one grain at a time.

“For a variety of reasons, bakeries in the United States have been mostly using the same wheat for the past century and that has eliminated much of the expression of the local and regional flavor,” said Chris Matsch, baker and co-owner of Ibis Bakery in Kansas City.

Ibis Bakery is the one place in town where you can buy bread and pastries made with freshly milled flour from local grains. They are not alone in this endeavor, as the exact same development is happening in Wolcott, Vt.; Los Gatos, Calif.; Dayton, Ohio; New Orleans; and Seattle — to name just a few in a growing list of innovators.

“The movement overall feels very positive,” Mr. Matsch said. “There is a wide array of benefits to using local and heritage grains milled daily: more overall flavor, more variety of flavor, higher nutritional value, less low-quality commodity grain in the market, less time in transit, etc. I think if the industry keeps pushing toward using more local and heritage grains, the world of grains, bakeries, and flour will be a better place.

“In spite of this, I think we do run the risk of inaccessibility. Sourcing, milling, and baking with high-quality grains can get expensive. A drive up in the price of bread and other baked goods could isolate consumers. We feel the tension at our bakery between the motivation to participate in the rise of a more sustainable grain economy and the goal to bring a great tasting staple food product to the market to share with everyone. This can be achieved, especially over time, as more and more quality grains are grown in the market.”

Across the country, this rising movement of bakery artisans — young and old — is reshaping the landscape of which grains are grown, how flour is milled, what types of bread are made, and how they are enjoyed. The driving force is their simple quest of offering better bread.

As distinguished bread baker and educator Peter Reinhart likes to point out, “There is only one rule that matters — the flavor rule. Flavor rules!” 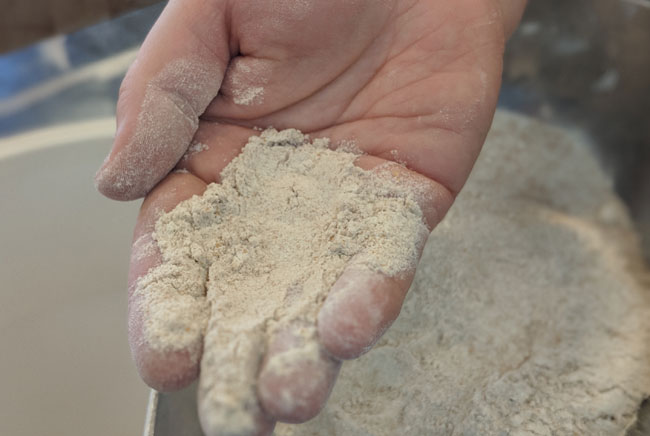 Under the direction of head baker and partner Avery Ruzicka, Manresa Bread in Los Gatos, Calif., strives to source the best artisanal products available, from grains and cereals to produce and dairy, creating their best interpretation of classic bread and pastries using time-honored techniques, fermentation processes, and baking traditions. Earlier this spring, the bakery installed a 48-inch stone mill from New American Stone Mill in Vermont. The majority of the grains used at Manresa Bread are milled in-house.

“I’m not trying to be only a whole grain bakery,” Ms. Ruzicka said. “My goal is a bakery that does amazing bread. It’s just great bread that happens to be whole grain and freshly milled.”

In Lawrence, Kas., 1900 Barker makes five bread varieties daily, including Utility organic country sourdough, oat porridge and Danish rye. They make 30 to 40 loaves on a typical day, up to 100 on a busy one.

“Hearty whole grain breads are pretty popular,” said owner Taylor Petrehn. “Lots of young people love foods that are craftly made. That leads the way for them to enjoy it, before even considering the health and nutrition components, which are also important. This validates the craftsmanship of whole grain baking.”

Publican Quality Bread in Chicago works in partnership directly with Spence Farm, which raises about 10 acres of heritage wheat and some rye. Publican’s head baker, Greg Wade, bakes his bread using only five high-quality, ethically sourced ingredients from Spence Farm, a biodynamic farm outside of Chicago. Using a natural sourdough starter containing wild yeasts and body-friendly bacteria, his bread is fermented for up to 60 hours. The hydrated dough breaks down the nutrient-blockers typically found in grains such as wheat, allowing the body to fully absorb all vitamins and minerals.

Mr. Wade said they tested multiple heritage wheat varieties and picked three: Warthog, Red Fife and Turkey Red. The wheat grows to roughly the same height, planted all in the same field, and once harvested is milled locally into what they call “WTF” Flour.

“We use 100% of this flour in our WTF Honey Wheat hearth loaves,” Mr. Wade said. “Our bread flour is transitionally organic wheat. We want a connection and relationship with the local farm.” 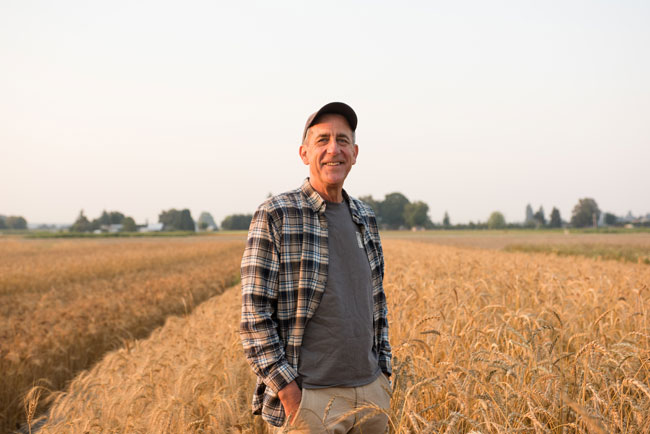 Farmers in the United States will harvest 39.6 million acres of wheat in 2018, according to the U.S. Department of Agriculture, accounting for 1.88 billion bushels. Make no mistake, this amounts to massive production, and the local grain movement is less than 1%.

“We work with thousands of acres,” said Stephen Jones, a wheat breeder and director of The Bread Lab at Washington State University. “We’re not going to feed the world. We have no illusion that things are going to change on a grand scale. We just want to help communities. And these little grain communities are starting all over the country.”

The Washington State University Bread Lab Plant Breeding Program conducts research on thousands of lines of wheat, barley, buckwheat and other small grains to identify those that perform well for farmers, and that are most suitable for craft baking, cooking, malting, brewing and distilling. Selecting for flavor, nutrition and distinctive characteristics, samples of the most promising varieties are brought into the Bread Lab for analysis to determine the product that best utilizes and manifests their unique characteristics.

To better understand the emerging grain revolution, it is worthwhile to note there are ancient grains (like einkorn and teff that trace back to the dawn of civilization), heritage or heirloom grains (like Turkey Red, the predominant variety in Kansas, first planted in the 1870s) and local, modern grains that offer improved disease resistance and higher yield potential than predecessors.

“There is a network building a lot of enthusiasm about local wheats,” Mr. DePasquale said. “The whole inspiration to this is, wouldn’t it be great to have a flavor specific to the Pacific Northwest? It’s such a great thing for a community to have an identity like that.”

The Skagit Valley Artisan Reserve Line consists of 1-kilogram loaves made with Expresso variety wheat, which is distinguished by its rust-resistant qualities and semi-dwarf height. The hard red spring wheat variety is grown mainly in eastern Washington and is a deep, earthy-flavored wheat in ample supply.

Mr. DePasquale pointed out the new line is “still small production — we’re in the hundreds of loaves per day,” but he is excited to say that enthusiasm is high.

“We want bread to be an important part of the meal, and having bread being inspirational to that conversation is what it’s all about,” he said.