We use cookies to provide you with a better experience. By continuing to browse the site you are agreeing to our use of cookies in accordance with our Cookie Policy.
Skip To Content
Home » Upcycled Certification gains traction in first year of launch

KANSAS CITY — The Upcycled Food Association launched its Upcycled Certification mark last June. By May of this year, the mark was on the labels of over 200 products being sold in the United States, preventing 840 million lbs of food waste every year, said Turner Wyatt, chief executive officer and co-founder of the UFA.

“Historically speaking, looking back, it’ll totally make sense why upcycled foods are having such a moment right now and why it’s taking off,” he said.

The numbers should increase.

“There is something like 350 or 400 products that are (in the process of) being certified right now,” Mr. Wyatt said. “They are in the pipeline. It’s definitely growing very fast.” 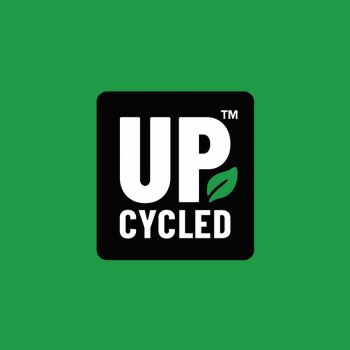 Before launching Upcycled Certified, the association first needed a definition for upcycled. A team of experts from Harvard Law School, Drexel University, the World Wildlife Fund, the Natural Resources Defense Council, ReFED and others defined upcycled food in 2020 for use in policy, research and other areas: Upcycled foods use ingredients that otherwise would not have gone to human consumption, are procured and produced using verifiable supply chains, and have a positive impact on the environment.

“This meant there was a valuable carbohydrate stream coming through our plant that we did not know how to capture,” said Anna Gustafson, nutrition and application scientist, in a May 12 webinar.

Puris developed a way to isolate the starch from the protein and now offers Upcycled Certified pea starch for use in applications such as pasta and gluten-free baked foods as well as gummies, confectionery items, batters, breadings, beverages, sauces, spreads and dips.

“People have been upcycling things for millennia,” she said. “If they were hunting, they would often use the hide for clothing and the fur for insulation in their clothes. It’s not a new concept at all. However, the upcycled certification actually puts quality measures in place.”

The UFA is hitting the trade show circuit this year to make industry aware of its effort to reduce food waste. The association had a booth at Natural Products Expo West held in Anaheim, Calif., in March.

“Expo West was a big deal for us because we got to show (retailers) for the first time, ‘Look, we have all these great products that you could be carrying and could be helping you accomplish your own sustainability goals,’” Mr. Wyatt said.

The UFA also plans to have a presence at events such as the Institute of Food Technologists’ annual meeting and exposition in Chicago in July and SupplySide West in Las Vegas in October.

Less than 10% of consumers know what upcycled products are.

“Right now, there’s a huge gap in the consumer education itself,” Mr. Wyatt said. “So we have a ton of education to do.”

Consumers generally are favorable when they find out what upcycling means.

“I think food waste is one of those special places where everyone agrees,” Mr. Wyatt said.