We use cookies to provide you with a better experience. By continuing to browse the site you are agreeing to our use of cookies in accordance with our Cookie Policy.
Skip To Content
Home » U.S.D.A. says farmers to plant 4% more corn, 5% less soybeans in 2019

WASHINGTON — The U.S. Department of Agriculture, in its March 29 annual Prospective Plantings report, said farmers in 2019 intend to plant 4% more acres of corn than a year ago, 5% fewer acres of soybeans and 4% fewer acres of wheat. 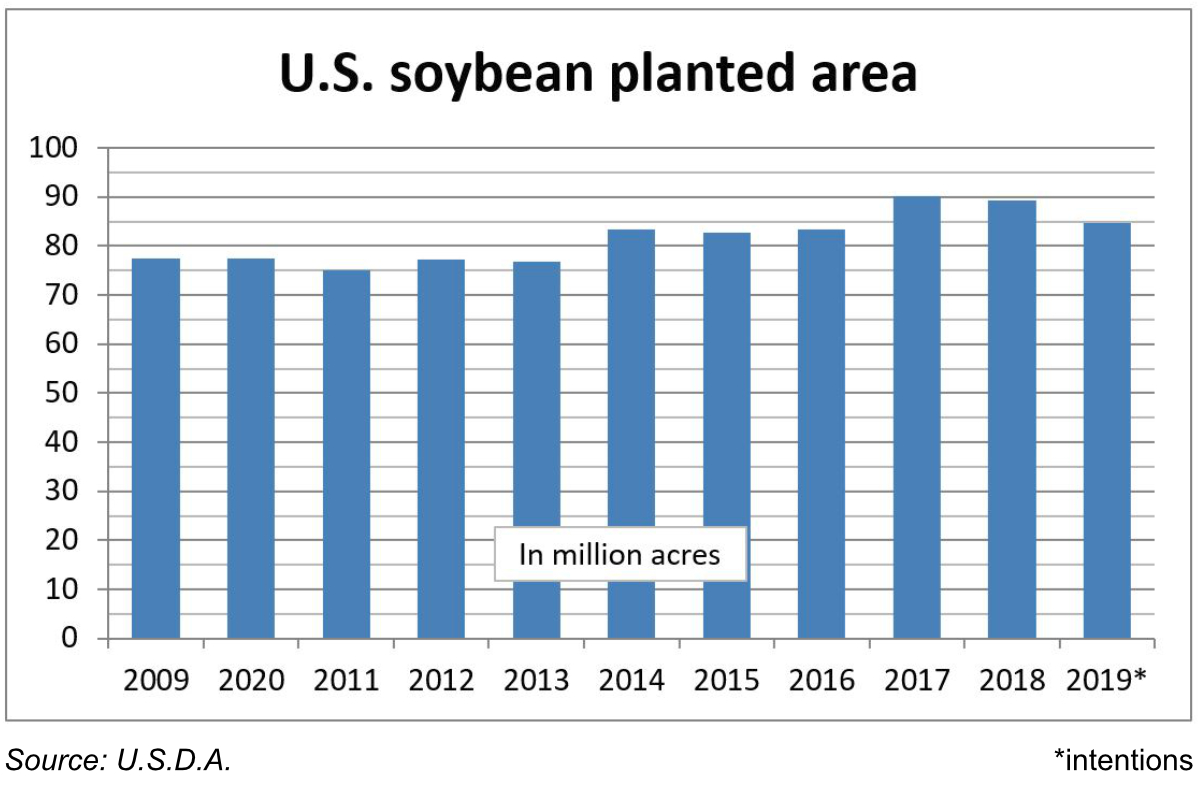 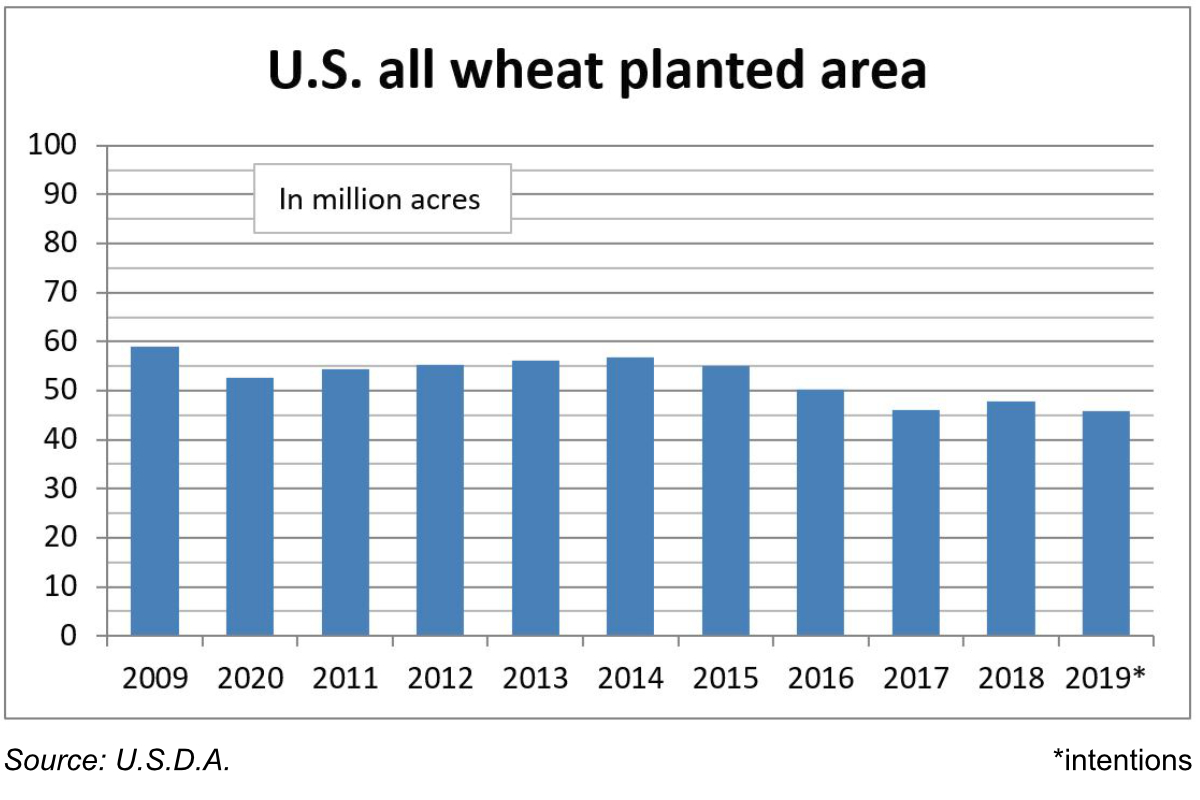 Corn, wheat and soybean futures all traded lower shortly after the 11:00 a.m. Central Time release of the U.S.D.A. data.

It should be noted that the U.S.D.A. Prospective Plantings survey was conducted during the first two weeks of March, prior to the worst of the flooding in the western Corn Belt and other areas. As a result, some analysts and traders suspect acreage may change considerably by the time actual plantings are reported in the U.S.D.A.’s June 28 Acreage report.