SECAUCUS, NJ. — The supply chain crisis has shown what is needed to ensure successful relationships with contract manufacturers. Transparency between contract manufacturers and customers over raw material availability is vital, and sourcing more raw material domestically could prevent future supply chain bottlenecks, according to speakers during an April 12 session at SupplySide East held in Secaucus at the Meadowlands Exposition Center.

Contract manufacturers should be open and transparent about when, or if, they will get raw material, said Mark A. LeDoux, founder, chairman and chief executive officer of Natural Alternatives International, Inc., Carlsbad, Calif. Let customers know the supply chain problem is a mutual problem.

“Make them part of the process of solving the problems versus saying we’ll get back to you,” he said.

Lack of raw materials forced NAI to seek alternative vendors, some of whom had “cool stuff” that met the requirements of NAI and its customers, he said. NAI made customers aware of product, perhaps sourced from Peru or Ecuador, and let them make the decision whether to use it.

“For me personally I have been just immensely excited and happy that we built such strong partnerships with our vendors,” she said. 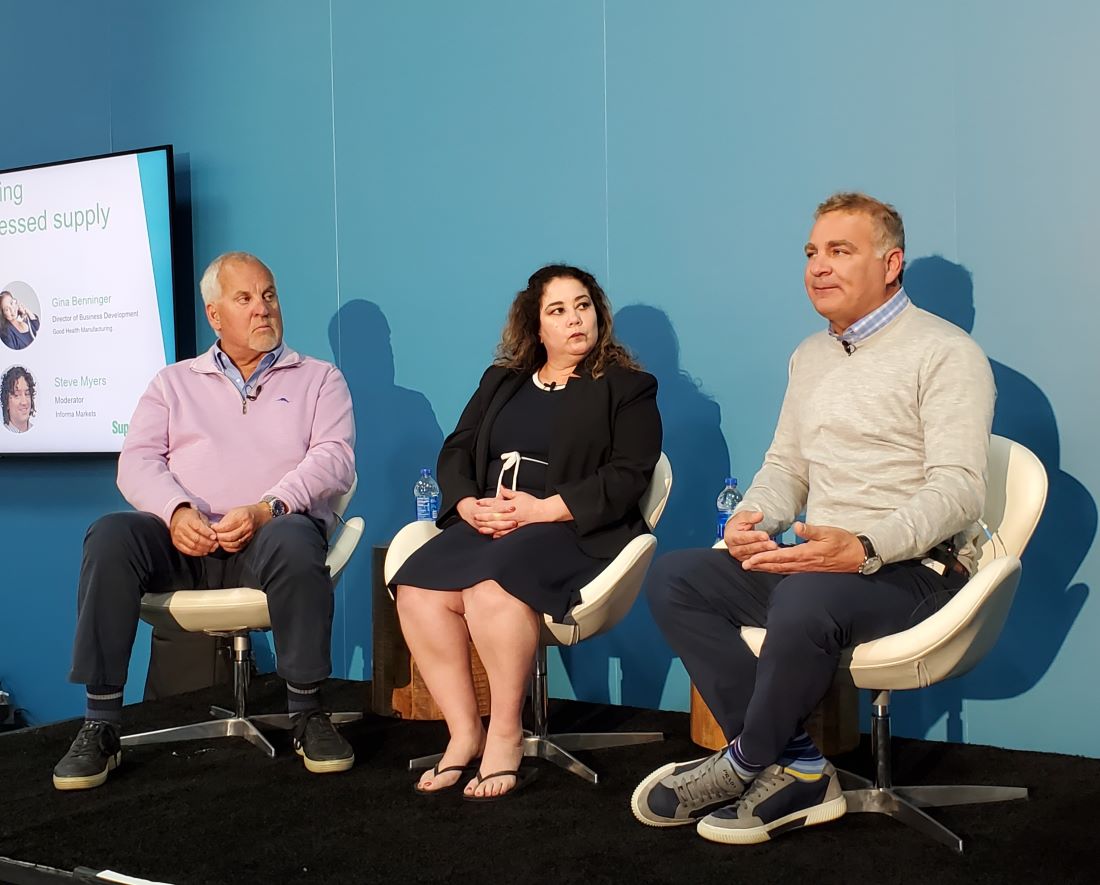 Mr. LeDoux said pay rates will increase for workers in many industries, pointing to an April 11 dinner as an example. A restaurant he visited had about 50 tables, but maybe a dozen were in use. The wait for a table was still an hour because the restaurant did not have enough staff to cover all the tables, a sign that the establishment needed to raise its wages.

“Labor for the last 50 years has been the odd man out,” he said, adding the days of inexpensive labor are over.

Lower pay for workers overseas made it beneficial to source raw material internationally, but that could be changing. COVID-19 revealed to Americans how personal protective equipment (PPE) was imported from overseas, said Michael Finamore, CEO of Gemini Pharmaceuticals, Commack, NY. The United States even relies on imports to produce lids for medicine bottles and supplement bottles, he added.

Once a vitamin C plant in New Jersey shut down several years ago, the United States began importing all its vitamin C, Mr. LeDoux said. The US government could provide tax credits that might influence companies to manufacture vitamin C domestically, as well as other raw materials, which could lead to sourcing the raw materials by truck or rail versus boat, he said.

Mr. LeDoux said he believes Americans are willing to pay more for American-made products if it enhances the supply chain.

“That was not the case five years ago,” he said.