We use cookies to provide you with a better experience. By continuing to browse the site you are agreeing to our use of cookies in accordance with our Cookie Policy.
Skip To Content
Home » McMullian: DKB has rare capacity to play across segments

McMullian: DKB has rare capacity to play across segments

THOMASVILLE, GA. — When promoting A. Ryals McMullian to chief operating officer in 2018, Allen L. Shiver, chief executive officer at the time, described the new COO as a driver of change, including giving Mr. McMullian credit for discovering an acquisition candidate that already was becoming a blockbuster success.

“Throughout his 15-year tenure at Flowers, Ryals has developed a deep understanding of our business and operations, successfully identified exciting new areas for growth like Dave’s Killer Bread and proven his ability to drive meaningful change and lead our team,” Mr. Shiver said.

The success of DKB under Flowers’ ownership has been nothing short of remarkable. Flowers acquired the business in 2015 for $275 million. At the time, Dave’s Killer Bread annual retail sales were less than $150 million. By the end of 2021, just over six years later, estimated annual sales across all retail channels were $875 million.

While proud of the success Dave’s has achieved, Mr. McMullian is modest about his role in the acquisition. As vice president of mergers and acquisitions at the time, Mr. McMullian acted as quarterback in the negotiations and completion of the deal, but he said it was a regional Flowers’ team that initially made him aware of how well DKB was doing.

“Actually, the way that it came to me was through our sales team on the West Coast,” he said. “They said there’s this bread out here on the West Coast that’s really blowing up. That intrigued me, so I went and took a look at it and that turned out to be Dave’s.”

At the time, Dave’s was owned by Goode Partners LLC (a New York-based private equity firm that had taken a stake in the business in 2012) and members of the Dahl family — Dave, his older brother Glenn and his nephew Shobi. Mr. McMullian contacted Goode Partners to explore their interest in a transaction. 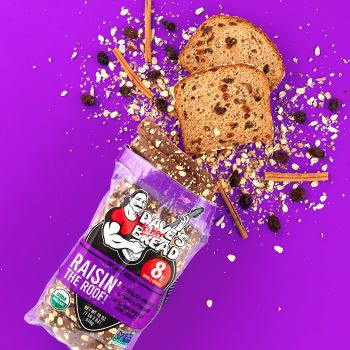 “I remember that we had a really good initial meeting where we expressed our keen interest in the brand,” Mr. McMullian said. “I also distinctly remember that after the meeting we were walking down a street in Manhattan and Allen said, ‘This is going to be really expensive isn’t it?’ And I said, ‘Yeah, it is going to be expensive.’ But I said, ‘Allen, it’s going to be a whole lot more expensive if you don’t do it.’ And boy, did that turn out to be true.

“It’s been an incredible story. We really caught lightning in a bottle.”

A key to the rapid success of Dave’s Killer Bread under Flowers’ ownership was expanding distribution beyond the West Coast and club stores. Before Flowers bought the company, Dave’s was being distributed on the West Coast via third-party distributors and also delivered frozen to Costco around the country. In addition, aside from the original Dave’s Killer Bread plant in Milwaukie, Ore., the products were produced by a network of co-manufacturers. Mr. McMullian said Flowers’ plan was to expand distribution on its network of independent distributors and to start migrating production away from co-packers and into Flowers’ bakeries.

Culturally, the two companies initially appeared to be very different, and a successful integration was no foregone conclusion. But Flowers was intentional about allowing Dave’s to maintain its own identity and independence, and Mr. McMullian said over time the personalities of the two companies have matched up well. Ultimately, though, Mr. McMullian believes the brand’s success goes beyond what Flowers or any other potential acquirer could have brought to the table.

He explained, “Why has it been so successful? Certainly, our execution has been solid. We’ve been able to successfully expand distribution and consequently awareness and penetration of the brand. And we’ve also brought most of the production in house. We’ve now converted two of our older bakeries into DKB bakeries, and now we produce all of the loaf varieties ourselves, though we still utilize a partner for some of the breakfast items.

“Beyond that, the success of Dave’s boils down to a couple things. The first is quality. I can’t tell you how many people say to me that it’s the best bread they’ve ever tried and now it’s all they buy. The second is the unique brand story, which I think really resonates with consumers. Dave’s is fun, slightly edgy but also really stands for something. While it also has the halo of non-GMO and organic, which are definitely trends in the industry, I don’t think that’s a primary driver. It’s the quality and the brand story that really make it stand out.”

For Flowers, working with Dave’s helped management see other paths to success beyond the traditional Flowers approach, Mr. McMullian said. 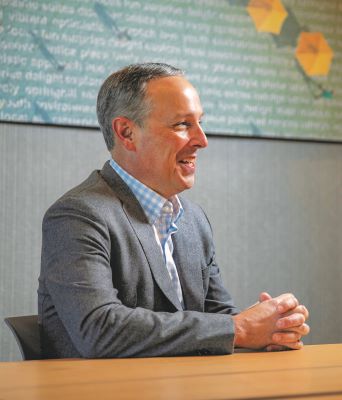 “We had taken a lot of lessons learned as we were looking to move the company beyond traditional fresh packaged bread,” he said. “And we’ve taken a lot of lessons learned from other companies’ mistakes from a cultural standpoint. But we decided that when we brought Dave’s into the fold, certain things had to be integrated — systems, and all that — but we weren’t going to go in there and try to make them Flowers. We wanted them to maintain their personality, because it’s the personality of the brand that has made them so great. And that’s what we did.”

Since the acquisition, DKB is now baked in numerous Flowers plants, but the brands’ marketing team remains based in Milwaukie, a city on the outskirts of Portland, Ore. The research and development team is still in Oregon.

“The home of Dave’s, in my view, is still in Portland,” Mr. McMullian said. “I love going there because it’s so different. As I said, their folks are so passionate about what they do and the Second Chance initiative (a program to hire employees with criminal records). The loyalty numbers we see with Dave’s are just incredible. And yet the household penetration for Dave’s is still just half of Nature’s Own. So think about the runway that we still have to grow this brand.

“At the end of the day, it’s just a great tasting loaf of bread. And in this industry, I’ve not seen a brand with a moat as deep around it as Dave’s has. When you’ve got a 70-market share in organic breads, all the arrows (competitors) are pointing at you — we’ve seen competitors come and go. Their approach just doesn’t seem to resonate with the consumer like Dave’s does.”

Mr. McMullian was careful to say Flowers does not take Dave’s success and competitive strength for granted. He described the company as “maniacally focused on staying true to Dave’s unique brand equity,” a sentiment he said is shared by the Dave’s team in Oregon.

“I’ve suggested things before when they’ve told me, ‘You don’t want to do that,’ because they were very concerned about what it might do to the brand equity, the authenticity of the brand,” he said. “Again, that just shows the importance of maintaining a level of independence for the Dave’s team. They built that brand so they know better than anyone how best to nurture it.”

The learnings from acquiring Dave’s Killer Bread have been highly beneficial to Flowers, Mr. McMullian said.

“I’m certain that we’ve learned more from them than we’ve given the other way,” he said. “Now, any good deal requires two parties to come together and bring something to the table. We brought scale. But at the end of the day, we let them drive the bus. It’s their brand. They’re the ones that built it, and they continue to build it and I trust them.”

Taking the value of the acquisition to still another level has been Flowers’ ability to move DKB beyond its traditional position exclusively in sliced bread. Mr. McMullian said the company has enjoyed success with DKB buns, bagels and English muffins, and currently the company is test marketing snack bars under the Dave’s Killer Bread brand. He said Flowers’ hit-or-miss history in trying to extend its other successful brands into different products gives the company appreciation of qualities that set DKB apart. 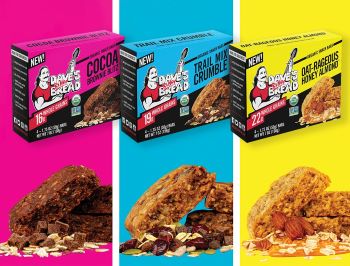 “It’s the thing about Dave’s that’s truly extraordinary for us,” he said. “Not many brands in our category have the ability to play across segments. We’ve tried other things with Nature’s Own that just didn’t work. Perfectly Crafted would probably be the lone exception since that sub-brand has done so well. But with Dave’s just about everything we’ve tried has been a success. Our breakfast items for example are doing really well. Certainly we are still small relative to the category, but we’re doing better now than we’ve ever done with any other brand, and people love the product. We moved into the bun space with Dave’s. We also moved into bagels, English muffins and now the introduction of the bars. It’s our first commercialization of an adjacent innovation, which we’re so happy about. I think we have an incredible opportunity to really innovate in the snacking space with Dave’s. As we’ve grown awareness of the brand, it has given us the right to play in different categories, and Dave’s has proven that it can move across different segments successfully.”

He credited a newly created agile innovation team at Flowers for the bars and said it is elevating innovation at the company to an entirely new level.

“We’ve always had our R& D center innovation team, but we were traditionally more focused on line extensions and more renovation like efforts,” he said. “With the addition of this new agile innovation capability we’re talking about real innovation —focusing on bringing the consumer new and unique items that are authentic and true to the Dave’s brand equity. The new bars are our first commercialization. And as I said on the most recent investors call, the results are far exceeding our expectations. Again, it’s the brand and the quality. The retailers love it. The consumers love it. And so you’re getting that pull through, which is just awesome to watch.”

While he declined to disclose what will be next, Mr. McMullian said the move into adjacencies will not stop with bars.

“I can’t talk about it today, but we’ve got a pipeline of stuff coming behind it,” he said. “It doesn’t mean we won’t have a product that doesn’t do as well. I definitely expect we’ll try something that doesn’t at some point, but that’s what we’ve charged this new innovation team with doing. We’ve told them that they have the freedom to act like a startup, be entrepreneurial and take risks.”