We use cookies to provide you with a better experience. By continuing to browse the site you are agreeing to our use of cookies in accordance with our Cookie Policy.
Home » What it takes to enter the cannabis baking category

What it takes to enter the cannabis baking category

In 2012, Colorado and Washington became the first two states to legalize marijuana for recreational use by adults over the age of 21, with those laws going into effect in 2014. Ever since, the question has been, will cannabis baked goods eventually take off on the commercial level? Well, in Colorado at least, the seeds for that industry had already been planted in 2009.

“When Colorado legalized medicinal cannabis, there were no real regulations,” said Julie Berliner, founder and CEO of Sweet Grass Kitchen, Denver. “Anyone could do whatever they wanted. It’s actually how I started. I would bake out of my home kitchen and walk up the street and sell them at the dispensaries around my home in Boulder.”

Today, even though it’s not to the industrial scale of larger more conventional wholesale operations, Sweet Grass Kitchen supplies edibles to 500 dispensaries throughout the state and is an established brand in the edibles category.

Similarly, Love’s Oven started in 2009 and just moved into an 8,500-sq-ft facility in April 2015 to handle the growth it has experienced. The bakery supplies edibles to about 400 dispensaries in Colorado. Business boomed that first year for recreational edibles. “We posted as much in January of 2014 in sales as we did in all of 2013,” said Peggy Moore, CEO and partner at Love’s Oven, Denver. “It really turned our business on its ear, in a good way.”

The still young cannabis baking category isn’t just relegated to Colorado anymore. Legalized cannabis, both in medicinal and recreational formats, is gaining momentum across the US. Currently, 10 states and Washington, DC, have legalized recreational cannabis, and medicinal cannabis is legal in 33 states. In 2017, several states included marijuana legalization bills, and legalization ballot initiatives were filed in several states for the 2018 election. Pew Research found that 62% of Americans believe the use of marijuana should be legal, and with many of the states leaving this decision to a popular vote, it doesn’t seem like the cannabis baking industry is going anywhere but up. “The growth is everywhere because this industry is very much in its infancy,” said Cory Ravelson, northeast operations manager, 4Front Ventures, a vertically integrated cannabis company based in Phoenix. “There’s so much momentum behind every aspect of the industry because it’s all so new. It’s really hard to pinpoint one particular driver.”

As more states legalize marijuana, increased consumer demand and a proliferation of regulations demonstrate how cannabis has become a normalized ingredient in the baking industry.

Emerging markets always boom with growth, and cannabis feels particularly like the Wild West whenever a state newly legalizes the substance. Looking at more mature markets such as Colorado, Washington and California, a picture comes into focus of how consumer demands change as the hype settles down. Bakers serving these new states can look to others for some direction and guidance.

When a state first legalizes cannabis, sales surge as consumers race to enjoy the novelty of legally consuming marijuana. People who may have never tried it before may reach to edibles first as a less stigmatized version of consumption. “We’re dealing with people who are indulging in this product for the first time, so I’m trying to keep things simple and create things people are already going to like such as gummies, chocolate bars, cookies and brownies,” Mr. Ravelson said.

The baked good at this stage of adoption serves as a vehicle for a high, delivered by the tetrahydrocannabinol (THC) component in the cannabis, rather than a dessert or snacking experience, and therefore, the baked good doesn’t have to be very exciting or innovative. The cannabis is the exciting part, so the baked good can be something familiar and nostalgic. 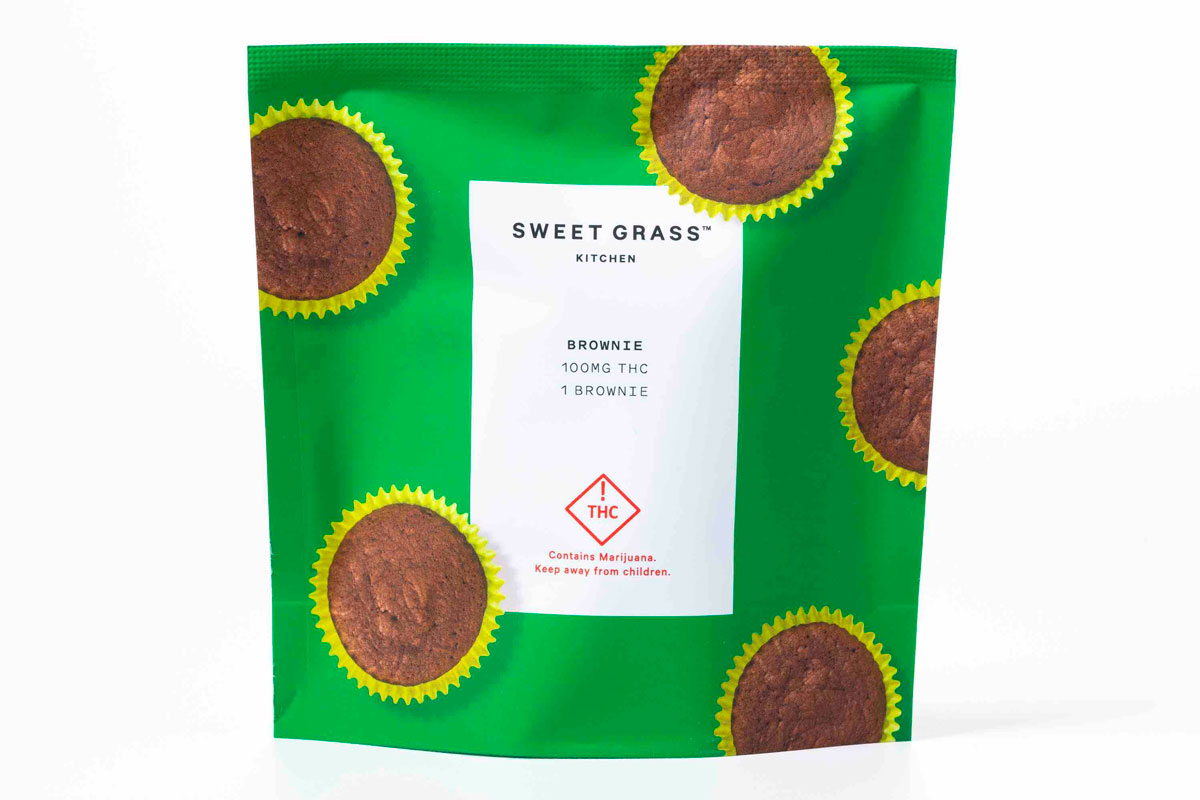 Taste is also critical at this stage as cannabis is a flavor unto itself and doesn’t go with everything. “I try to stick with flavors that are found in nature and pair well with the cannabis,” said Lauren Finesilver, director of production and executive chef, Sweet Grass Kitchen. “For example, chocolate is inherently known and understood and liked by a lot of people. We use peanut butter, mint, ginger, cinnamon — flavors that are common to baking and not very crazy.”

Ms. Finesilver believes those wacky flavors are still on the horizon for more mature markets such as Colorado. “I think you’ll see more unique flavors and colors in the confection world, but I don’t know if that will happen as quickly in baking,” she continued. “I do think there will be in the future more sophistication in terms of fancier baked goods.”

As cannabis consumption becomes a part of everyday life in states that legalized it early, consumers’ demand for edibles is shifting from just getting high. The popularity of gummies and other confections is also pushing bakers to step up their products. “Consumers are changing their preferences a bit,” Ms. Moore observed. “While we do see a solid market for baked goods, the refresh on our baked product line is going to keep us relevant.”

“Enrobing these products in chocolate not only makes them very delicious, but it also helps us extend the shelf life,” Ms. Moore explained. “We don’t use any preservatives in our products, and shelf life is becoming more important as the market evolves.”

“There’s so much momentum behind every aspect of the industry because it’s all so new. It’s really hard to pinpoint one particular driver.” Cory Ravelson, 4front Ventures

As consumers get used to introductory cannabis-infused cookies and brownies, they’ll start looking for lifestyle products that can give them the high they seek but also some kind of benefit such as protein bars or high-cannabidiol (CBD) products. This category could also follow other food industry trends in organic, clean label or locally sourced ingredients. “People are going to realize these products are all sugar-based and relatively unhealthy, and they will start seeking healthier ways to consume edible forms of cannabis,” Mr. Ravelson said.

Also, consumers’ priorities around the cannabis itself will evolve. At the moment, especially in newer markets, Mr. Ravelson sees initial concerns about the product’s THC potency, but consumers will eventually move onto the more nuanced aspects of the raw cannabis flower such as its flavor profile. “I don’t think very many people walk through a liquor store looking at the proof of alcohol, and that’s how the cannabis industry is right now,” he said. “People don’t go into a liquor store and buy Everclear for $10 even though it’s the most potent thing out there. The market will be shifting away from being all about potency to more about quality.”

An evolving consumer base

As the cannabis industry matures, the edibles offered also mature and diversify. Part of this is to keep interest and buzz going as consumers become more inundated with edibles; they look for something more than a basic brownie or cookies. It also could have something to do with market penetration. The more cannabis normalizes in a state, the more diverse the consumer base becomes.

It is true that young men between the ages of 25 and 35 make up the majority of cannabis users, but the gap is closing as the market changes. For example, Sweet Grass Kitchens’ fastest-growing consumer demographic is seniors. The benefits of cannabis for easing the effects of aging are no secret, and edibles provide this population with a vehicle to receive these benefits that is more palatable to them than smoking. 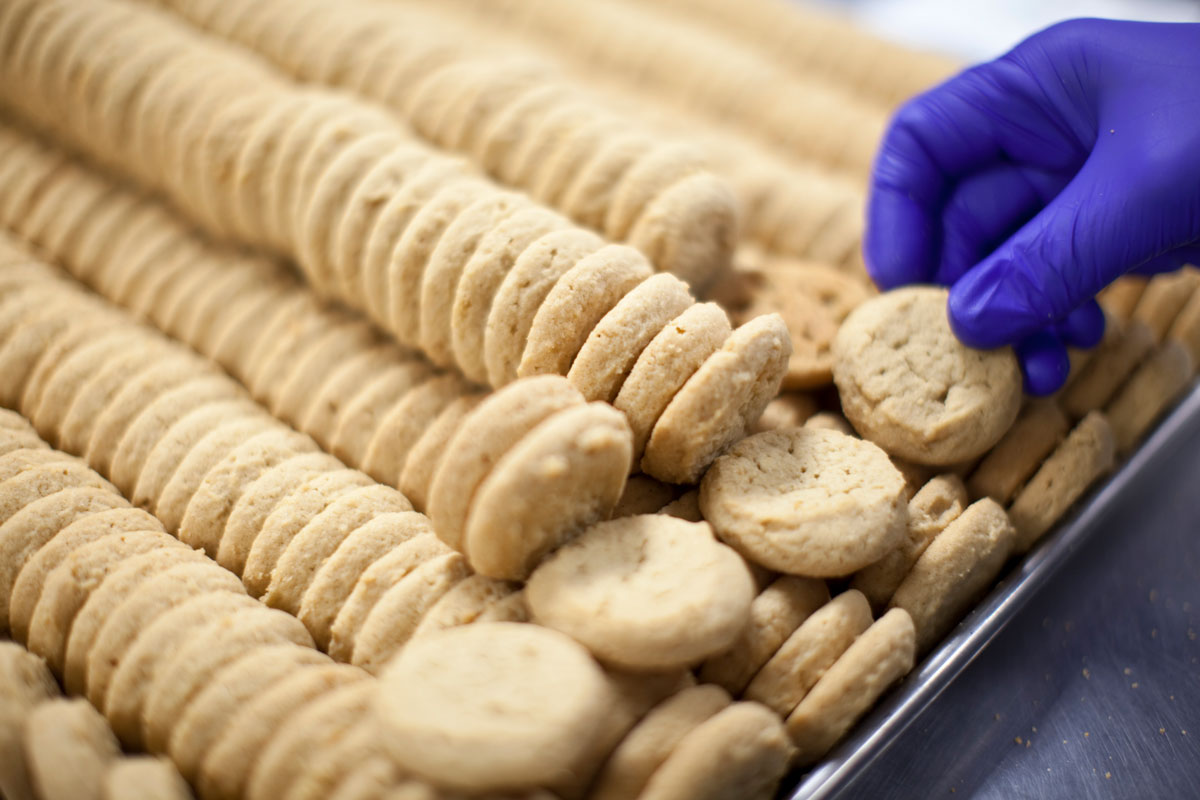 “Baked goods are a more familiar product for seniors versus the newer candies and gummies,” said Jesse Burns, marketing director, Sweet Grass Kitchen. “Everyone knows what the pot brownie is, and that is the route to edibles for most folks.”

Ms. Moore, characterized the bakery’s target consumer as being older and skewing more female than male. They are also interested in natural and clean label baked goods, and because of that, the bakery doesn’t use any artificial preservatives. “Our target consumer isn’t primarily interested in smoking,” she said. “They are more interested in the edible and not putting anything ‘bad’ into their body.”

Even in the most established markets, regulations are constantly changing. New regulations can either spell disaster for a bakery, or they can spur new innovation. One regulation regarding caps on THC per serving has created an entirely new product line that bakers can use to reach a new consumer group and help people enjoy products responsibly.

A major difference between medicinal cannabis and recreational cannabis is potency. “For the medicinal market, it’s hard to limit how potent a product can be because a patient with aggressive cancer is going to need a concentrated dosage of marijuana for pain management,” Mr. Ravelson explained. On the other hand, states that legalize recreational cannabis often are capping the potency allowed in edible servings.

In Colorado, for example, one serving of edible cannabis is regulated to contain 10 mg THC or less. Other states have capped potency at 5 mg. These regulations are leading bakers to create microdose products containing about 2.5 mg THC per serving to give consumers a cannabis experience that could be compared to drinking one glass of wine vs. an entire bottle.

“People can have an enjoyable experience without overindulging, and they can eat more without overdoing it on THC,” Ms. Finesilver said.

Microdose products also can serve a purpose introducing curious people who have never tried cannabis before. As Mr. Ravelson explained, trying edibles can be a trial-and-error experience to discover a person’s tolerance. “If someone has never tried an edible, they don’t fully understand what they’re getting into, just like the first time you try alcohol,” he said. “With microdoses, people are going to have a more enjoyable, controlled experience.”

The ball is rolling on the legalization of cannabis in the US, and it’s gaining momentum. By paying attention to how the edibles market has evolved in each state with legal marijuana, bakers can prepare for a future where cannabis-infused baked goods are the new normal and be ready to go beyond the pot brownie.