We use cookies to provide you with a better experience. By continuing to browse the site you are agreeing to our use of cookies in accordance with our Cookie Policy.
Skip To Content
Home » Innovation comes to the fore in ready-to-eat cereal category

Innovation comes to the fore in ready-to-eat cereal category

By Eric Schroeder and Rebekah Schouten

While new breakfast options continue to proliferate on menus and on supermarket shelves, ready-to-eat cereal is still a morning mainstay.

Ninety-six per cent of U.S. consumers typically purchase cereal during their grocery shopping trips, 41% of consumers buy two boxes of cereal per shopping trip and 19% buy three or more, according to Shopkick, a shopping rewards app that surveyed more than 43,000 consumers about their cereal habits in February.

Shopkick also revealed that 50% of consumers make their cereal purchase decision based on flavor over nutritional value (18%), price (17%) and children’s preference (15%).

Cereal manufacturers such as Post Holdings, Kellogg Co. and General Mills, Inc. brought an onslaught of innovation to market in 2019 as they fought to be the brand on the boxes in consumers’ carts. To lure consumers focused on flavor, the companies unveiled unique offerings with flavors based on snack cakes, candy, ice cream and even chicken and waffles.

“We led the category in innovation, brought strong consumer news and marketing to our brands and improved our in-store execution over the course of the year,” Jonathon J. Nudi, group president of North America Retail, told participants during a July 9 Investor Day conference call. “We believe there is room for more growth in the category driven not only by our efforts but also by changing consumer demographics. After several years of declines, the population of children in the U.S. is expected to increase over the next few years according to U.S. Census projections. And the number of adults aged 55 and over continues to grow rapidly. These two age groups also happen to be the ones with some of the highest levels of per capita cereal consumption. Our opportunities to drive further category improvement by engaging with these consumers and providing them the great-tasting, convenient, nutritious cereal brands that they love.”

“We’re introducing refreshed heart healthy messaging on Honey Nut Cheerios this year to clearly communicate the health benefits of this product to boomers, who we know are increasingly seeking brands that they know and love that also meet a certain health profile,” he explained.

The company also will roll out Morning Summit, which Mr. Nudi described as “a new premium, hearty cereal with flakes, fruits and nuts, including almonds as the first ingredient.” He said the cereal will retail for approximately $13 per 38-oz box.

“With cereal plans built out on these big growth ideas and strong fundamentals, I’m optimistic about our outlook for the year ahead,” he said.

“Candidly, cereal has taken a little longer than anticipated to bounce back after we pulled back investment in the first half to execute our pack-size harmonization program,” Steven A. Cahillane, president and chief executive officer of Kellogg, said during an Oct. 29 conference call with analysts to discuss third-quarter results. “Our promotional activity, as measured by the percentage of units sold on promotion in the scanner data, didn’t climb all the way back to year-ago levels yet, and we also delayed some advertising activity, in part, to enable us to activate additional capacity for certain products. Where we have most returned to normal brand activity is in the Taste/Fun segment, which underwent its pack harmonization back in Q1. This quarter, our Taste/Fun segment brands collectively grew consumption and share.” 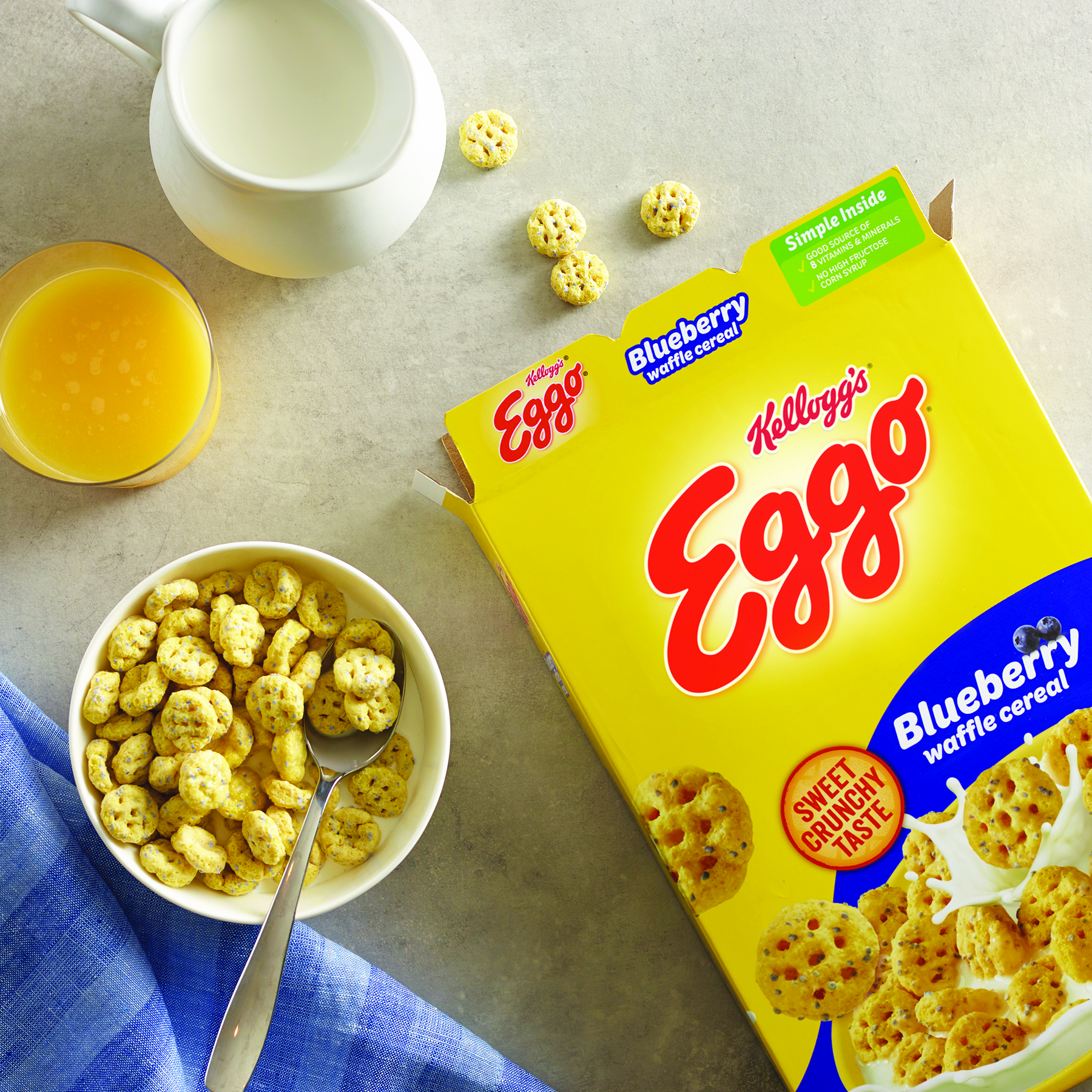 Mr. Cahillane said greater consumer activation behind Frosted Flakes and its Mission Tiger program resulted in share growth for that key brand, and similar strength was seen in the company’s Honey Smacks, Froot Loops, Krave and Pop-Tarts cereals. Struggles were noted in the health and wellness category, which underwent pack harmonization in the second quarter, he said.

“In recent weeks, we are encouraged to see positive reaction to new advertising campaigns for both Special K and Mini-Wheats,” Mr. Cahillane said. “We’ve also reaccelerated growth in the Bear Naked granola brand and continued to grow Corn Flakes consumption and share. We expect gradual improvement in Q4 and into 2020. We are not where we need to be yet in North America cereal, but we’re on it.”

More recently, Kellogg in November unveiled plans to bring back Eggo cereal after fans showed their support for the product’s revival on social media.

In August, Eggo tweeted, “If this gets 10,000 retweets we’ll bring back Eggo cereal. #NationalWaffleDay.” The company’s plea generated more than 10,800 retweets, and the cereal returned to Walmart on Nov. 24.

The cereal, which is available in two flavors — maple flavored homestyle and blueberry — was offered for seven years between 2006 and 2012.

Post Holdings, Inc., the third largest player in the R.-T.-E. cereal category, posted a narrow year-over-year increase in dollar sales in the most recent year. Dollar sales in the 52 weeks ended Nov. 3 totaled $1,658,993,453, up 0.5% from the same period a year ago, while unit sales slipped 4%. 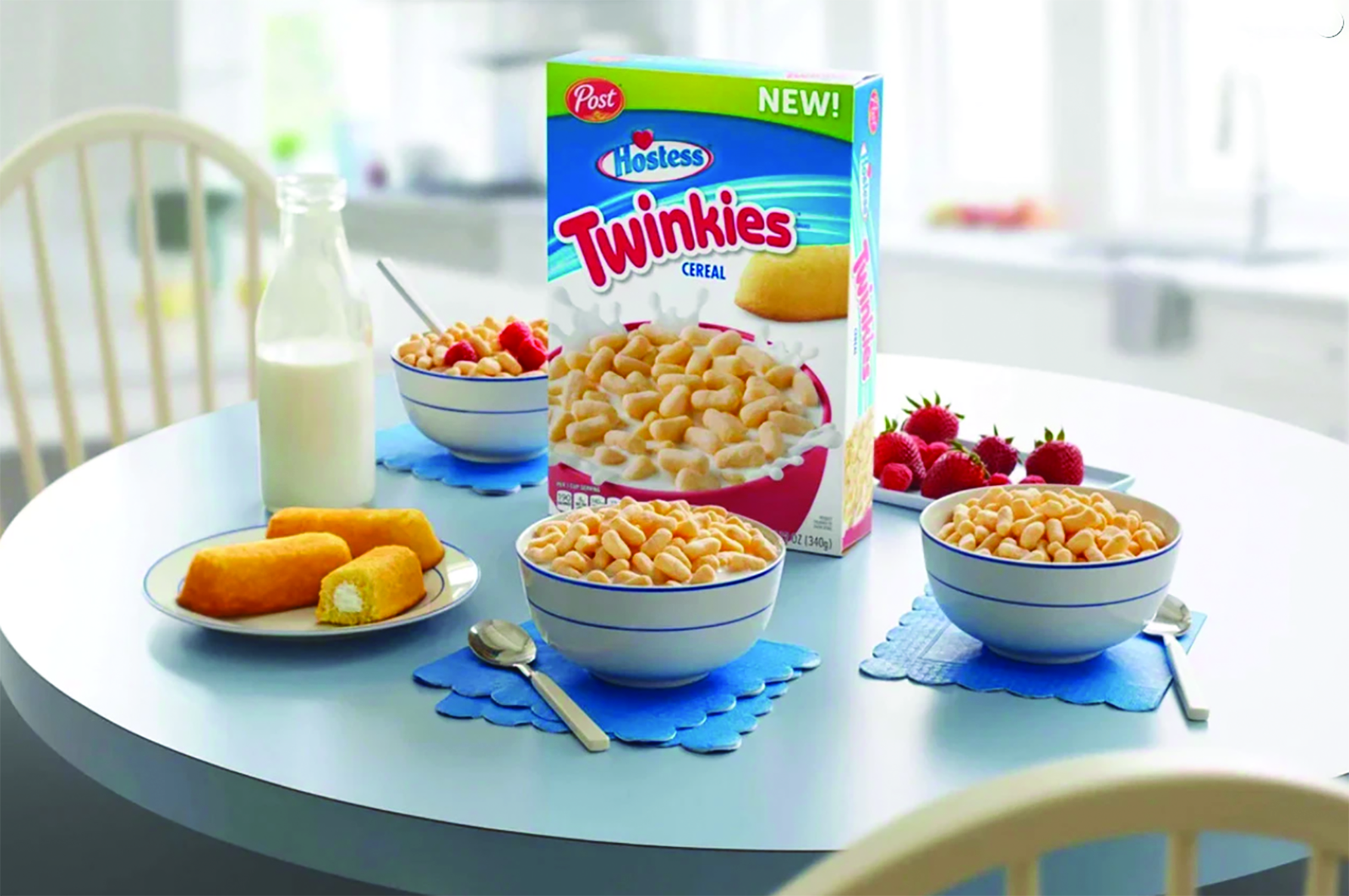 Post continues to await approval for its acquisition of the private label R.-T.-E. cereal business of TreeHouse Foods, Inc. The transaction was first announced in May, but in a Nov. 22 conference call with analysts, Robert V. Vitale, president and c.e.o. of St. Louis-based Post, said the deal remains in waiting mode.

In the same call, Mr. Vitale was asked about his expectations for category growth during the coming year.

“I think we would be naive to assume that competitors as resourced and as talented as ours would consistently be share donors,” he explained. “So we certainly expect them to be aggressive and vibrant competitors this year and each year. We have had good fortune in the last handful of years. And I think a large part of that good fortune is that we were early in moving into some of the growthier areas around licensed sweetened products and that each state has been perhaps overly addressed. And that as we now look forward, we’ve talked about all this, I think, in some detail that we need to, as a category and as a company, look at innovation in a bit bolder and broader manner.

“And many of the changes that we have made over the last 18 months, starting with changing leadership all the way to looking at planning processes to free up cost for reinvestment, are aimed at driving that category growth, so that it’s real category growth rather than kicking up dust within a handful of licensed sweet products. But we look at that as an ongoing both challenge and opportunity and fully expect each, if not all, of our key competitors to be highly engaged and to compete for share. I would tell you that not all share is created equal. So that we look at trying to make sure that we have focused our competitive activities on fighting for the right share rather than eat share.” 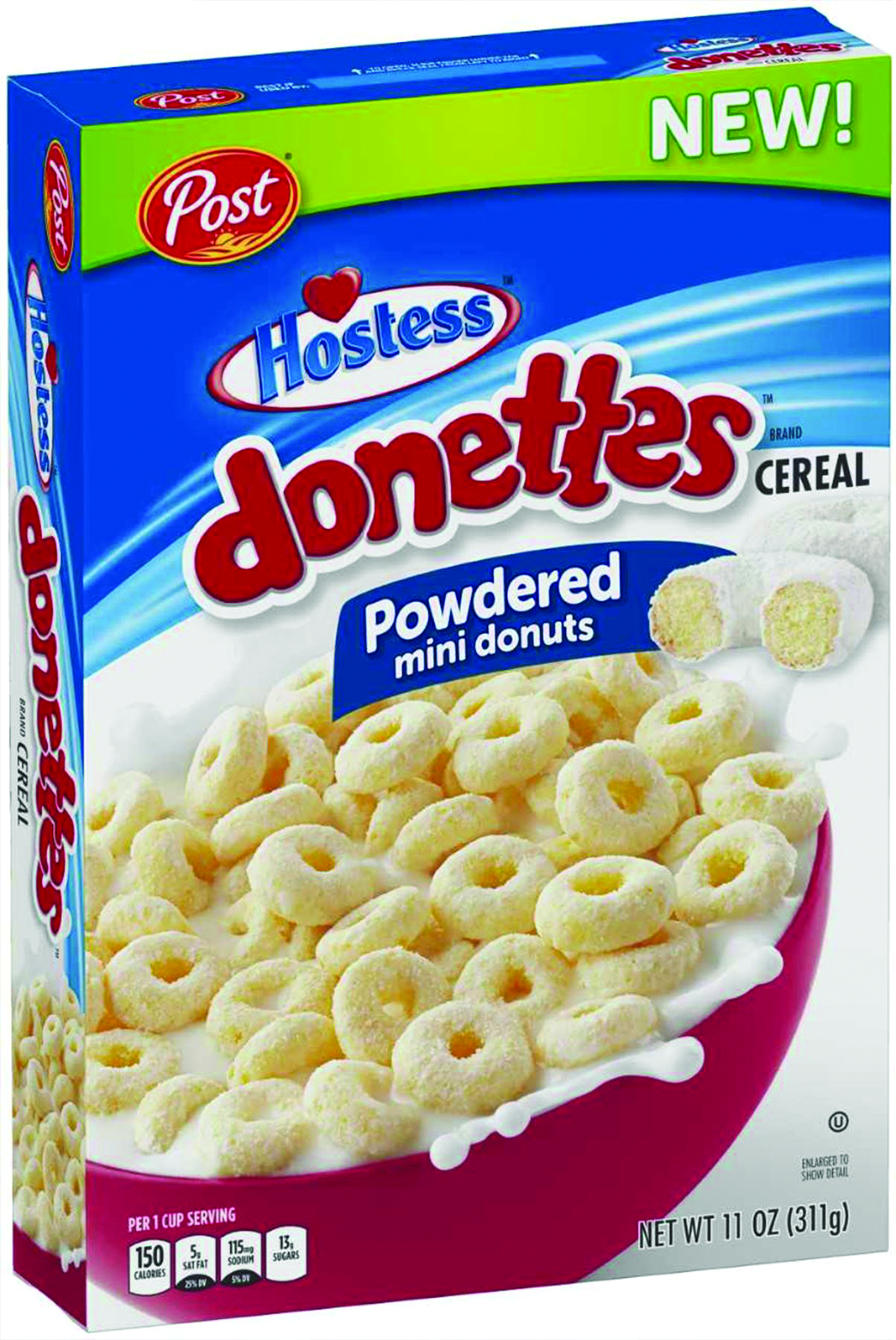 The licensed products referred to by Mr. Vitale include Post’s growing relationship with Hostess Brands, Inc., Kansas City. After teaming up with Hostess in January to release Post Hostess Donettes cereal and Post Hostess Honey Bun cereal, the companies in November agreed to bring the Twinkies brand to the cereal aisle. New Post Hostess Twinkies cereal, slated to hit shelves in late December, replicates the taste and oblong shape of the golden-colored snack cakes and contains 180 calories and 16 grams of sugar per 1-cup serving.

“In developing a cereal version of the iconic Twinkies, our top priority was focused on delivering the great Twinkies flavor in each bite,” said Josh Jans, brand manager of cereal partnerships at Post Consumer Brands. “Knowing that taste remains the No. 1 purchase driver of cereal, we conducted multiple consumer tests, and the new Twinkies Cereal delivered. We think fans will find that it not only tastes great with milk but also outside the bowl.”

During his Nov. 22 comments, Mr. Vitale also weighed in on the importance of licensed cereals to Post’s portfolio.