KANSAS CITY — Convenience and sweet baked goods go hand in hand, and with continued interest in grab-and-go products it’s no surprise that certain bakery snacks are finding favor with consumers.

One of the largest players in the bakery snacks category, Chattanooga, Tenn.-based McKee Foods Corp. enjoyed growth in the past year while moving in new directions. In 2019, McKee gathered momentum, as bakery snacks dollar sales rose 1% to $842,126,907 for the 52 weeks ended Dec. 1, according to I.R.I.

“We sought to acquire Prairie City Bakery because they built a great brand with quality, innovative products that satisfy specific retail customer needs,” Mike McKee, president and chief executive officer of McKee Foods, said when the transaction was announced in early May. “We want to continue that success by following the same great strategy with the same great management team.”

The addition of Prairie City did not dampen McKee’s desire to continue to move ahead on the reintroduction of different Drake’s sweet baked goods since acquiring the brand from Hostess Brands in 2013.

The mini pound cakes are available in supermarkets, supercenters, value retailers and convenience stores throughout the eastern United States.

“We’re excited about the return of a classic variety to the Drake’s lineup,” said Chip Stenberg, associate brand manager for Drake’s.

While Kansas City-based Hostess Brands has taken steps over the past few years to expand its portfolio, including the acquisition of Voortman Cookies earlier this month, the company has injected energy in its snack cake business.

Donuts and cupcakes were revenue “outperformers” for Hostess during the third quarter of fiscal 2019, and sales growth also was fueled by new Hostess branded Danishes and Dolly Madison products.

In a Nov. 6 conference call with analysts, Andrew P. Callahan, president and c.e.o. of Hostess, described the sweet baked goods category as “highly compulsive and expandable.” To that end, Hostess has introduced new innovation in the form of a triple chocolate brownie.

“This is a highly differentiated consumer-preferred product that allows us to participate in and capture a disproportionate share of a $250 million-plus brownie subcategory that has grown 5.5% over the last year,” he said. “We are excited about this new product launch and the incremental revenue we believe it will generate in the future.” 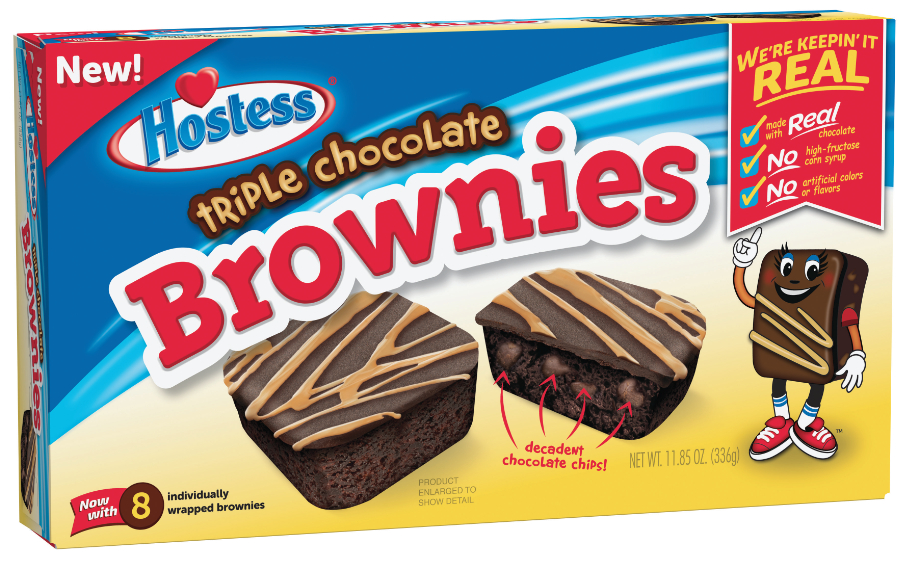 In addition to the triple chocolate brownie, Hostess in late October debuted new pastries designed to tap into consumer demand for on-the-go breakfast and all-day snacking. Berries & Cream Cheese Danish consist of a flaky puff pastry with a buttery texture and a cream cheese and mixed berry fruit filling. The pastry includes a drizzle of icing.

“With the addition of Iced Danish, we are responding to a consumer preference and enhancing a classic item in our breakfast portfolio,” said Chad Lusk, senior vice-president and chief marketing officer for Hostess Brands.