THOMASVILLE, GA. — Ensuring the company has the right leadership team in place stands among the four pillars of the Flowers Foods, Inc. strategic plan, and A. Ryals McMullian, president and chief executive officer, said the effort’s importance is impossible to overstate.

Mr. McMullian made the comments in a recent interview with Milling & Baking News in which the executive offered an update on the Thomasville, Ga.-based company’s growth pillars — building its brands, building its leadership team, increasing efficiencies and growing through mergers and acquisitions.

That Flowers was willing to take a different approach than in the past to selecting corporate leadership became evident before Mr. McMullian began as CEO in May 2019. About two years earlier the company named Debo Mukherjee as chief marketing officer. Mr. Mukherjee’s background included marketing positions at companies such as Mars, Inc., Unilever, H.J. Heinz Co. and The Hershey Co. Since then, Mr. McMullian has recruited others with professional experience at consumer packaged foods companies outside of the baking industry. At the same time, the executive leadership team includes many professionals who have been at Flowers for 20 years, 30 years or longer.

Mr. McMullian said he is convinced Flowers will not succeed with its other three strategic growth pillars if it doesn’t build an effective leadership team. 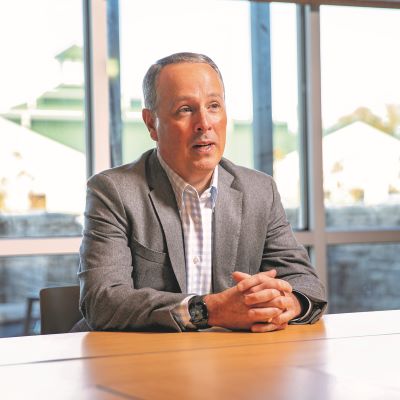 “I’m always the first one to admit that I’m still relatively new at this,” Mr. McMullian said. “It will be three years in May for me. So I seek a lot of advice from the outside, and we are involved in several different organizations with participating CEOs who are vastly more experienced than I am across industries. To a person talent comes up every time that we meet. One of the questions frequently asked of these executives is whether they have any regrets, and invariably the response will be, ‘Yeah, not putting the right person in the right place soon enough.’”

Mr. McMullian for many years has been an agent of change at the company. After spending 12 years in the company’s legal department, beginning in 2003, he was promoted to positions of increasing responsibility in rapid succession — vice president of M&A and deputy general counsel (2015), chief strategy officer (2017) and chief operating officer (2019). He played a pivotal role in Flowers’ 2015 acquisition of Dave’s Killer Bread (see Part III in an upcoming issue), and led Project Centennial, a restructuring program launched in 2016. Project Centennial started a process of reorienting the company’s strategy, centralized certain management functions and unwound a cherished organizational model that Mr. McMullian said had become untenable by the mid-2010s.

“We ran a decentralized model that worked very well for a long time,” Mr. McMullian said. “However, you can only operate that way until you get to a certain size. Once your presence becomes nationwide, coast to coast, and 46 bakeries, it becomes a lot to manage and keep your eye on. We had to do some organizational restructuring to centralize a lot of decisions that were being made locally. That also was driven by the brand strategy because if your focus is on national brands that means you’re a national company and you need an enterprise-wide strategy. So naturally that required us to centralize some functions and decision-making processes.”

In hindsight, Flowers would have benefited if the company had invested in change management resources to better help it effect such a major transition, he added.

“Change can be difficult for people, and I think that’s one of the greatest lessons that we’ve learned from Centennial,” he said. “It has application to what we’re doing today with our digital transformation — that change management aspect. Now we have a function dedicated solely to communications and change management. The cadence of communications that we have with our people helps them understand what we’re doing, why it matters to the company and what it means for them. It has been a complete game changer for us. It doesn’t mean that you’re going to get 100% of the people on board, but we’re going to be a whole lot better off than the way we did it the first time around.

“You can’t just say it once. It takes constant reinforcement because these are big changes. Things we’re doing digitally in the bakeries, they literally change how people do their jobs every day. And they have to get comfortable that this data capability we’re giving them is going to make their job easier. It’s going to make the plant run better. It’s going to reduce our downtimes, it can reduce our scrap, among other benefits. As we roll out the pilot bakeries, once you start seeing the results, and once people see what the opportunity is, they get really, really excited about it. And then those people become champions for those changes, and they cascade it to the next plant, the next plant, the next plant. That’s what you really want.”

Describing baking as a “very, very close-knit community of companies,” Mr. McMullian said this characteristic quality is “great” but also “shuts us off a little bit.” As a result, when consumption patterns changed, the industry was slow to respond. This pattern has led Flowers to open itself to more outside perspectives, he said. 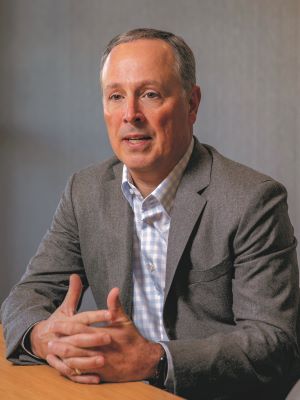 “We make products that we and consumers are proud of, and we have the privilege of serving our communities and fostering an inclusive culture that provides employment and opportunity for thousands of people,” he said. “To do so in the future requires that we are mindful about ensuring we have the right talent in place. We love to promote from within. Absolutely love it. But we’re also building new capabilities. And sometimes we just don’t have that specific talent internally. When we don’t, we go outside. And I think that combining that outside perspective with the knowledge and passion of our long-tenured employees is a key enabler to our success, now and in the years to come. As I said before, we are in business to make money, but that is really just the outcome. We can only achieve that by realizing our misssion to delight consumers with delicious baked foods. And to do that we must have the right capabilities and talent in place to drive our strategies.”

Going outside was not the Flowers way in the past, Mr. McMullian said.

“Typically it was the next man or woman that was going to get the job, because you were in line and sometimes without sufficient regard for whether that person was actually right for the job,” he said. “When you’re trying to really transform a business and develop skills and capabilities that can drive performance, you can’t look at it that way. You’ve got to bring in the requisite talent to get it done.”

Examples of talent from outside the company Flowers has attracted include its chief information officer, its chief marketing officer (Mr. Mukherjee) and, subsequent to the interview, a new chief supply chain officer. Several recent hires were recruited from or with experience at major consumer packaged foods companies.

Such recruits are not limited to the company’s executive ranks. The company has brought in dozens of new hires across many functions over the last several years, and particularly more recently as the company embarked upon its digital transformation.

“I love the fact that we can attract these people to Flowers and that people get excited by our story,” Mr. McMullian said. “Having a broader worldview, and a more macro perspective than just what’s happening in the small world of baking is critical.”

A similar change has been effected on the Flowers board of directors, Mr. McMullian said.

“It was hugely important to me when I came on to have as strong of a board as we have and we do have a very good one,” he said. “It was also very important to me to have active executives on the board. As I said earlier, I am still relatively new at this and so having a strong board to help me guide our strategic direction and to provide me with advice and counsel is key. We have added four new board members with a diverse set of experiences and backgrounds since I became CEO. I believe that the combination of this new talent and perspective and the fantastic talent and intrinsic knowledge of the business we already have on the board, is really powerful.”

It would be a mistake to view changes underway merely as a generational shift, Mr. McMullian said. He identified a number of retired Flowers executives as mentors either earlier in his career or to this day. First on the list was George E. Deese. Mr. Deese currently serves as chairman of the Flowers Foods board and was CEO of the company from 2004 to 2013.

“George was and remains an important part of my career, and I seek his counsel often,” Mr. McMullian said. “You’re talking about someone with a 50-plus year career at Flowers, who, as chairman, has fully endorsed and embraced all of these changes that we’re making to a company he has loved virtually his whole life. That is extremely powerful.”