We use cookies to provide you with a better experience. By continuing to browse the site you are agreeing to our use of cookies in accordance with our Cookie Policy.
Skip To Content
Home » Old World bread creates growth avenues for Grupo Bimbo, La Brea

Artisan bread has emerged as a universal trend, according to Jordi Galles, executive chairman of Barcelona-based Europastry

“The bread of the future is the bread of the past,” he said. “Using a stone oven or mother doughs for making Old World breads is gaining in popularity all over the world.”

“People want to see breads that are hand-touched and hand-scored,” Ms. Leibovich said. “Breads with flour dusting and seeding are visually intriguing and draw people into the bakery.”

Maria Carolina Gollo, innovation/global marketing, for Mexico City-based Grupo Bimbo, suggested that consumers perceive hand-crafted artisan products as healthier than commercial ones, even if they’re not. 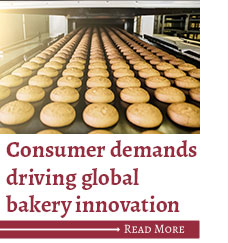 Speaking at BEMA’s annual convention in Cabo San Lucas, Mexico, Ms. Gollo pointed to Bimbo’s Artesano branded bread, an artisan-style white bread that has been successful in all 19 countries where it has been launched.

“It’s white bread that offers a superior consumption experience with a better texture and a better flavor,” she explained.

Through Aryzta, its Zurich-headquartered parent company, the La Brea Bakery brand is exploring exporting its retail line to Latin America. In Asia, specifically in Taiwan, its line of products can be found not only in fine-dining establishments or hotels where the company has an established business partnership, but there also is growing interest in retail where American brands have become embraced.

“For us, with La Brea Bakery, it’s about the quality that people expect,” Ms. Leibovich said. “There’s also a desire to provide a consistent dining experience that consumers will enjoy with our bread.”