We use cookies to provide you with a better experience. By continuing to browse the site you are agreeing to our use of cookies in accordance with our Cookie Policy.
Skip To Content
Home » IHOP teams with General Mills, Quaker on new pancakes

“Our cereals are not just for breakfast with milk,” said Garren Hamby, director of food service sales for General Mills. “Families love the taste of Cinnamon Toast Crunch and Fruity Lucky Charms in a variety of ways throughout the day. We are excited to collaborate with IHOP to create the new pancake dishes for their guests and our fans to enjoy.”

“Cap’n Crunch is all about bringing adventure to the table, and we’re thrilled to embark on this new voyage with IHOP, another breakfast icon,” said Kristin Kroepfl, vice president and chief marketing officer for Quaker Foods North America, a subsidiary of PepsiCo. “We can’t wait for people to experience the Crunch they know and love through this creative and flavorful breakfast journey that helps remind people of the simple, delicious joys of Saturday mornings.” 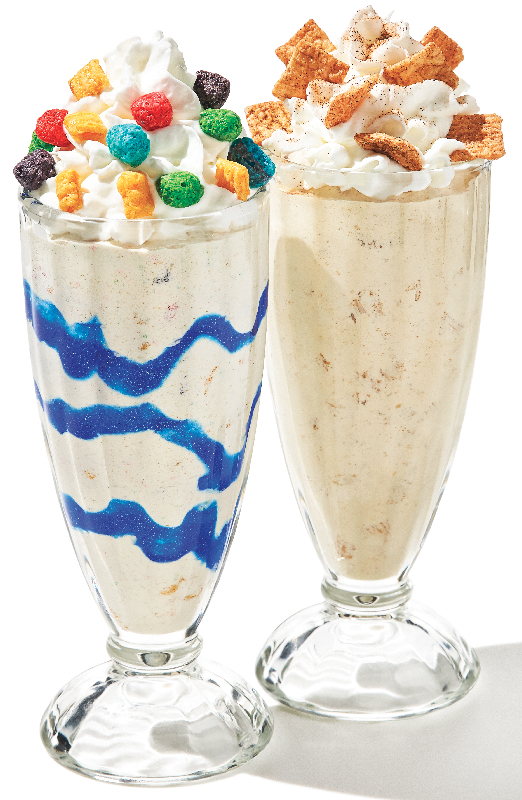 “Shortly after our test kitchen chefs first began playing with the idea of Cereal Pancakes, we served them to our guests in focus groups and one of the main things they told us was that it made them feel nostalgic for those Saturday mornings watching cartoons and eating cereal when they were kids,” said Brad Haley, chief marketing officer at IHOP. “So, while some may see our new Cereal Pancakes menu as the antidote to the ‘adulting’ phenomenon that many grown-ups complain of today, we see them simply as the delicious combination of two of America’s favorite breakfast foods that we didn’t know we needed. What’s also cool is that they are just as fun to look at as they are to eat … or drink in the case of our new Cereal Milkshakes.”