We use cookies to provide you with a better experience. By continuing to browse the site you are agreeing to our use of cookies in accordance with our Cookie Policy.
Home » Busting the myths about bread

Busting the myths about bread

Way before the New Year struck, the trend experts in the food industry told us what to expect. They backed up their 2020 predictions with surveys and relied on the latest data and their own experiences along with the best anecdotal research they had at that time.

But they missed one thing. So let’s step back to March and travel to the present, and see what myths were exposed, what insights have been revealed and what’s next for the baking and snack industries.

And what better place to start than those mistaken beliefs that bakers have heard more times than they can count?

Among the most popular misconceptions, the Grain Foods Foundation (GFF) pointed out: White bread makes you fat, white bread makes you sick, and store-bought bread isn’t “fresh.” The list goes on and on. Those are the reasons people give for not buying packaged bread.

When restaurants, offices and schools closed, the bread aisle went bare as shoppers found themselves on an unexpected buying spree for days, even weeks. Sales soared, despite the signs that urged “only one per customer.”

During the four weeks ending March 28, sandwich bread sales skyrocketed 37% to $721 million, according to Nielsen data supplied by Todd Hale, principal, Todd Hale LLC, during a webinar sponsored by the American Bakers Association.

Overall, the amount of packaged bread sold in March alone resulted in an absolute dollar growth of $194 million compared with March 2019. Mr. Hale called it “an amazing turnaround,” especially when he contrasted that jump to last year’s total performance for sandwich bread sales.

“When you look at the top-selling categories in March, you have to call out sandwich bread,” Mr. Hale said. “Let’s face it. It’s not been a category that has been delivering strong results.” 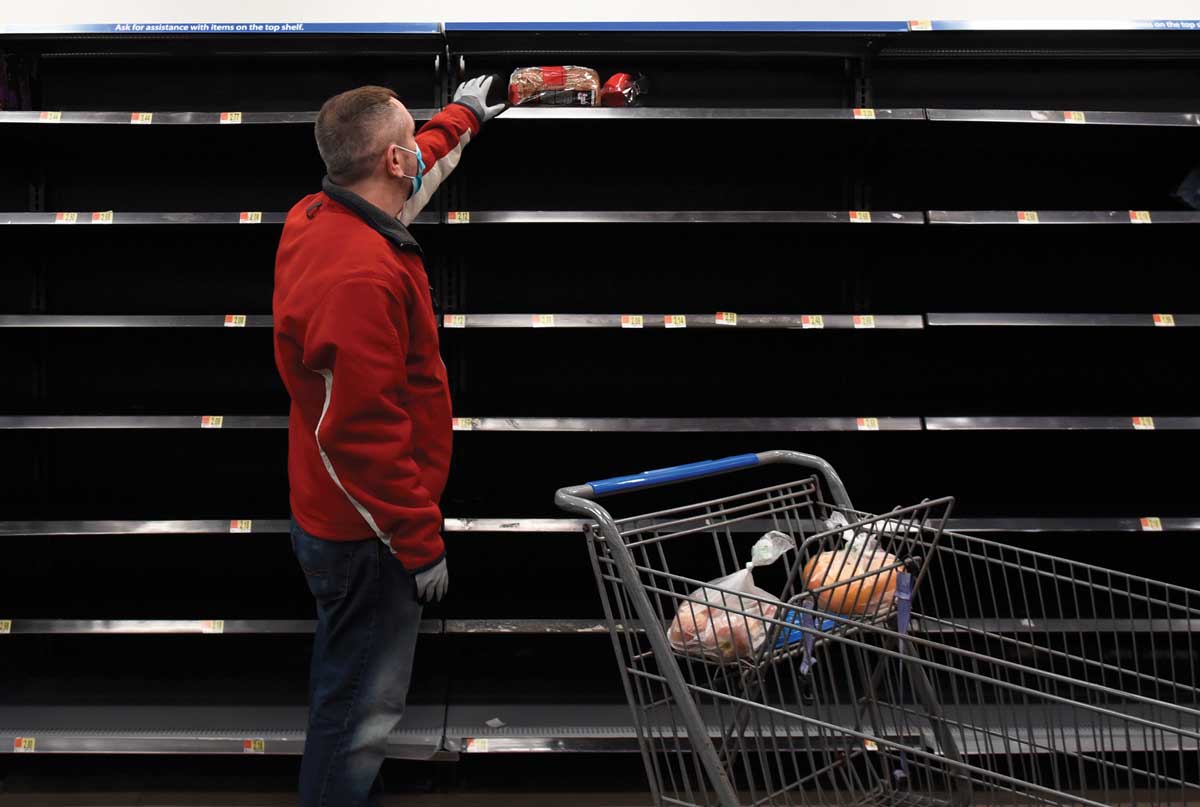 Sandwich bread wasn’t the lone benefactor from the bounty of binge-buying.

Cracker sales rose $195 million in March compared with previous four-week period last year — or nearly as much as the $227 million for all of 2019.

Keep in mind that these numbers reflect the sales growth of mega categories that range from $5 to $7 billion annually at retail, where a double-digit percentage hike hasn’t been seen in decades.

And yes, those dollar increases are huge compared with what the gluten-free, keto and other perceived better-for-you categories often see in a year.

Throughout retail, the empty shelves weren’t limited to the bread aisle. Frozen pizza, refrigerated dough, soups and flour disclosed another myth that the center of the store is where brands go to die.

“This may be the biggest quick take from COVID-19,” said Tom Vierhile, vice president, strategic insights, North America, Innova Market Insights. “The center store is not dead, and consumers are seeing packaged foods in a new light. With household budgets facing unbelievable strain right now, center-store products are now seen as ‘save the day’ products.”

Food companies, he added, are getting a rare opportunity to showcase to consumers that today’s packaged food products are not like the ones they recall from decades ago

“Quality has improved, and these products now deserve a second look,” Mr. Vierhile said. “Worries over food waste are also helping consumers see these products in a new light.”

The center-aisle shift was on everyone’s radar. Sally Lyons Wyatt, executive vice president and practice leader for IRI, noted the ongoing hike in retail sales since March shows that the middle of the store is hardly moribund, and growth isn’t difficult to find anymore.

Julie Miller Jones, member of the GFF Scientific Advisory Board, pointed out the empty shelves debunked the myth that people think processed foods are bad.

“This may be the biggest quick take from COVID-19. The center store is not dead, and consumers are seeing packaged foods in a new light."

“Our need for pantries filled with staple foods that we can rely on has shown the importance of processed food in keeping our families nourished even during times of crisis,” said Ms. Miller Jones, a distinguished scholar and professor emeritus, foods and nutrition, for St. Catherine University. “Choosing processed foods as we shelter-in-place is critical.”

Cereal was another grain-based food that had been demonized and put out to pasture.

“The myth is that millennials killed breakfast cereal,” said Jennifer Mapes-Christ, manager of food research for Packaged Facts. “People still like cereal, and they have been buying it.”

Jessica Cristadoro, president and CEO of The Vivid Team, a food consulting firm, noted that the sudden need for Americans to feed their families wiped the shelves clean of all sweet cereal, even from Amazon Fresh, from which she tried to order.

“Everything else was sold out,” she said. “Because my children were stuck at home and not going to school, I was feeling bad for them, so I was looking for sugary cereal, for once, when normally I would have tortured them and made them eat Kashi. Nothing against Kashi. They just like sweet cereal more.”

Ms. Lyons Wyatt called out one myth that emerged during the pandemic: that all purchases in mid-March came from hoarding.

“Not all,” she cautioned. “Many families had to increase food spending because restaurants were closed. They were not going to a workplace or traveling. Therefore, all meals and snacks were being consumed at home.”

People were always eating bread. They were just not buying sliced white sandwich bread and making meals out of it. The bread they were eating, however, did have the nutritional equivalent of “white bread.” They just didn’t see it that way.

“Most baked products are made with white flour, but the consumer may not think of them that way,” Ms. Cochran explained. “They start to define the terms. ‘White bread doesn’t include a croissant, a baguette, or the brioche bun or the hoagie roll when I’m eating out. It’s only the white bread in the bread aisle, not even the baguette that I buy.’ They have really narrowed down what the term means in ways that aren’t actually accurate.”

While sheltered in place, Ms. Cochran suddenly saw her family, which includes three children, going through five loaves of bread a week.

“I didn’t realize how much bread our children ate,” she said. “There was a big chunk of the day that they were eating [away from home]. I was paying for it but not aware of it.”

During the initial days of the economy’s closing, the instinctual response by some trend watchers was to flash back to the Great Recession and comb the archived data to dig up insights on how consumer trends may play out for the remainder of 2020.

However, as more new data poured in, it soon became apparent that this year’s playbook would have a much different read with a man-made recession that caused historical unemployment that had been seen only by those who were young in the 1930s.

So much is still unknown with today’s unemployment numbers at unprecedented levels, despite government assistance and economic stimulus packages. And it could get worse, as bailouts end in the coming months.

“If you’re looking at past recessions — what was the primary cause and the duration and how GDP and unemployment were impacted — this is going to be a lot different than anybody has ever predicted into this year,” said Mr. Hale, who hadn’t seen anything like it in his 40-plus years of monitoring trends at Nielsen and elsewhere. “We just had a game changer.” 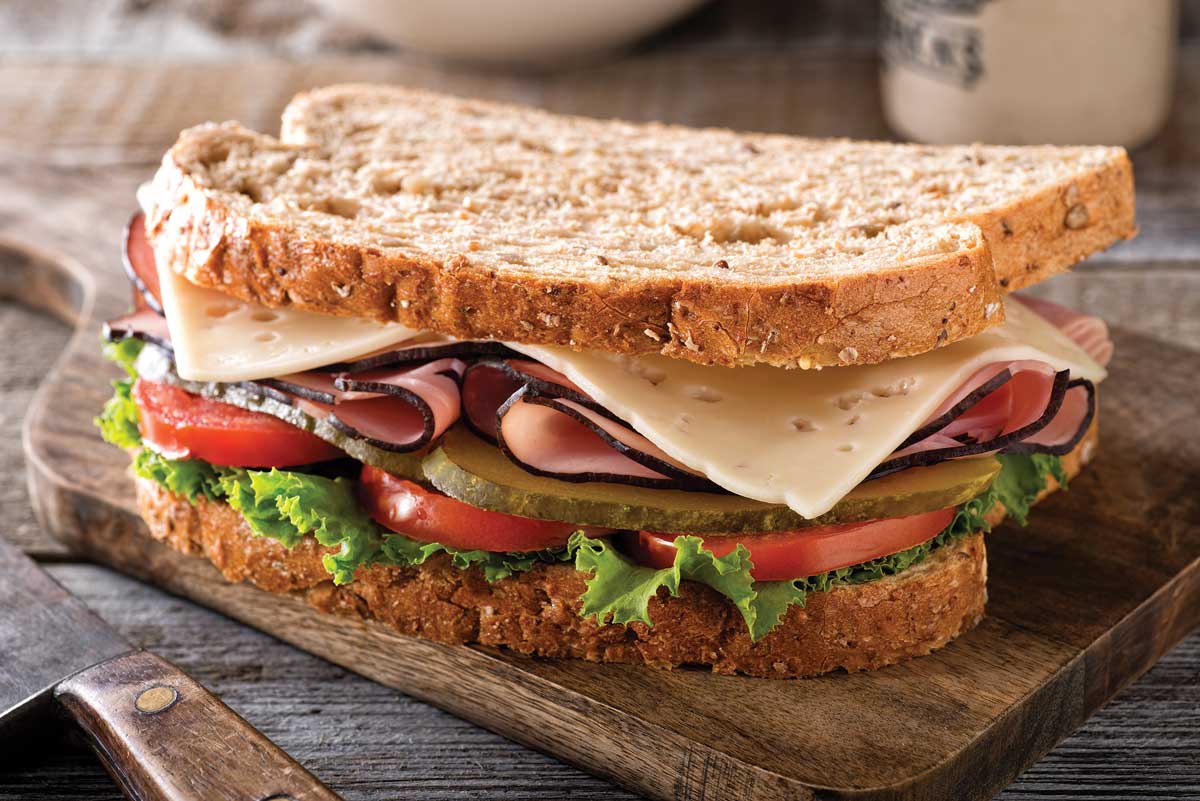 Yes, everything is different compared with 2008-09 when restaurants, hair salons and tattoo shops remained open.

Today, Ms. Miller Jones observed, the shutdown ruined regular routines such as having a grab-and-go breakfast sandwich in the car during the daily commute or slipping in a better-for-you snack while shuffling kids from one school activity to another.

Convenience is no longer the hot trend that commands a premium price.

It also broke behaviors, especially habitual ones, such as going to the gym four days a week.

Perhaps most missed are those rewarding experiences that evaporated on the spot, whether it’s happy hour with coworkers, taking clients out on the town or dinner out with the family.

Ms. Miller Jones said people may seek comfort foods, over-eat or even stop eating to cope with sometimes painful changes to their lives.

“Their stress levels increase with the prospect of no income or no job at the end of this,” she noted. “This includes the weariness of the daily tasks of home-schooling their children and trying to complete their own work at home or filing for unemployment or thinking of retooling and applying for another job. It includes the need to do all the cooking and cleaning. The cabin fever and lack of usual meetings with friends and outings can wreak havoc on alcohol and food consumption. It can lead to mindless snacking, eating too many indulgent comfort foods and may lead to weight gain.”

Eventually, she added, this group might seek fad or crazy diets to try to quickly remedy the problem.

Others may discover cooking, meal-­planning and ways to better incorporate nutrition into daily activities.

“They can see that food can be a fun, useful way to cope and strengthen family bonds,” she said. “Some may see new joy in cooking and family meals.”

This article is an excerpt from the June 2020 issue of Baking & Snack. To read the entire feature on consumer mythbusting, click here.